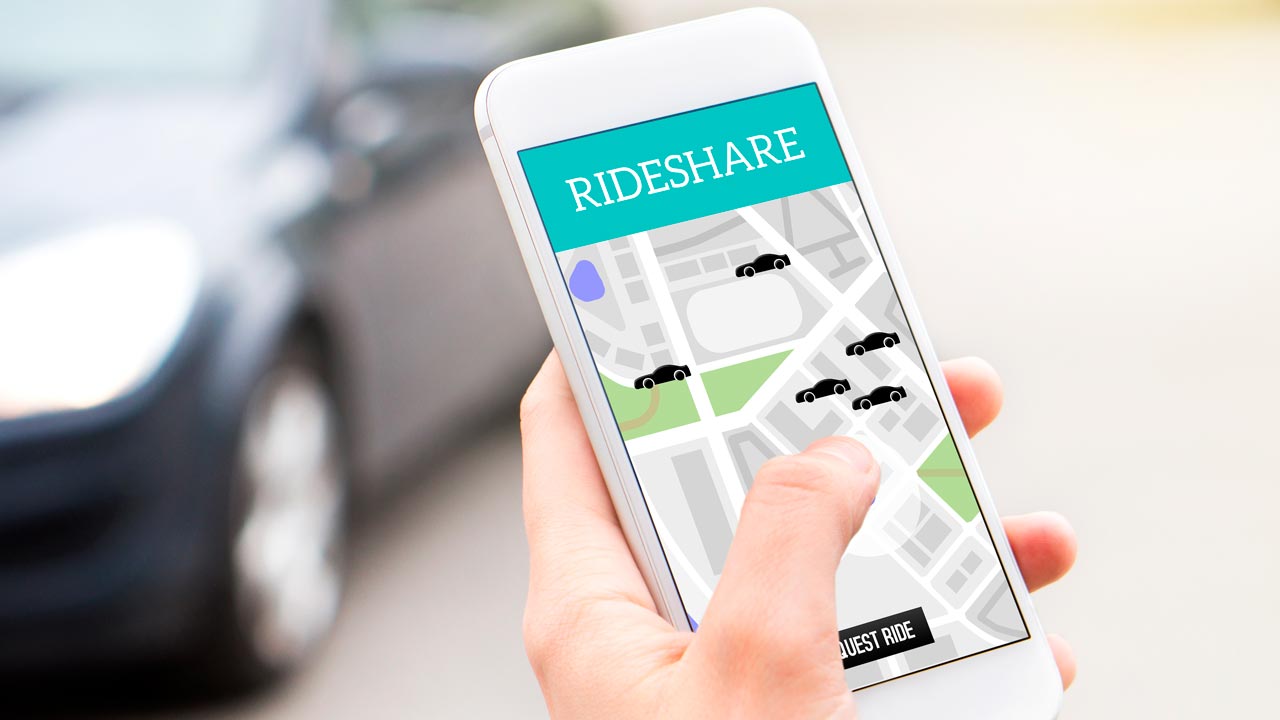 Like so many California families, Karim Bayumi of Anaheim, his wife and two young children are doing everything they can to scrape by. “We’re labeled independent contractors but they don’t treat us as independent.” — Karim Bayumi of Anaheim

Bayumi drives for a large rideshare company as his primary source of income. On March 11, Bayumi’s rate was cut from 80 cents a mile to 60 cents a mile, just barely above the government mileage reimbursement rate. No warning. No explanation. In an instant, a chunk of his income just disappeared.

Uber, Lyft and other app-based employers call drivers like Bayumi “independent contractors,” meaning, in theory, Bayumi is his own boss. But he has no ability to set his own rates, and the companies have the power to deactivate him at any time through no fault of his own.

The companies even mandate drivers take a certain number of rides per week if they want to earn the best possible rate, meaning his flexibility to work when he wants is extremely limited.

Bayumi works in what’s been called the gig economy. But like so many others, for him, this isn’t a gig. It’s his job. And he’s not even making minimum wage. He doesn’t have unemployment insurance. There’s no workers’ compensation if he’s injured. No overtime if he puts in extra-long days.

“We’re labeled independent contractors but they don’t treat us as independent,” Bayumi says.

The proliferation of corporations arbitrarily classifying workers as contractors to cut costs is part of a larger fissuring of the workplace that makes full-time stable employment increasingly hard to find.

Recognizing the disastrous nature of this trend to California workers and our economy, the California Supreme Court issued a landmark decision in the Dynamex Operations West case last year that set up a simple A-B-C test employers must use to determine if a worker is an employee or an independent contractor.

This isn’t a new idea. A similar test is used in several other states. The ruling simply states that to be called independent, a worker must be free from employer control, doing work outside the regular scope of the business, and independently established in that trade.

For example, if a graphic designer offers her services to a restaurant to design a menu, she meets the definition of independent. And there will always be a place in the economy for true independent contractors.

Unfortunately, workers in many fields, including construction, truck driving, health care and in the on-demand economy have been misclassified as contractors just so the companies employing them can shave costs by nixing basic worker protections.

These companies are also cheating California out of tax revenue to the tune of $7 billion a year, meaning that they aren’t paying their fair share for our schools, public safety, roads and bridges.

Despite the ruling, mega-corporations in the gig economy continue to flout the law. These companies have settled lawsuits and are being challenged in arbitration by drivers who have been misclassified. And while IPOs are bringing rideshare companies tens of billions of dollars in investment, the companies continue to mistreat drivers who are the backbone of their businesses.

“We’re going on strike because we’re angry and frustrated. There have to be some standards in the rideshare industry. These companies do whatever they want. They don’t answer to anyone. We’re just trying to make a living.” — Karim Bayumi of Anaheim

AB 5 would codify the Dynamex case into California law, and clarify to whom the law applies. This bill provides certainty to California businesses and workers. The measure has the potential to bring hundreds of thousands of workers currently cheated out of wages and basic protections into employee status.

The bill would also level the playing field for business owners who follow the law, eliminating the competitive disadvantage they currently face against employers who cheat.

AB 5 has broad support of worker advocates, community groups and responsible businesses. And for workers like Bayumi, its passage would be life-changing.

On May 8, Bayumi and thousands of other Uber and Lyft drivers are going on strike across the state to call for basic rights and protections like those afforded through AB 5.

“We’re going on strike because we’re angry and frustrated,” Bayumi said. “There have to be some standards in the rideshare industry. These companies do whatever they want. They don’t answer to anyone. We’re just trying to make a living.”

Art Pulaski is chief 0fficer of the California Labor Federation, apulaski@calaborfed.org. He wrote this commentary for CALmatters,  a public interest journalism venture committed to explaining how California’s Capitol works and why it matters. For his previous CALmatters commentary, please click here.

Related Topics:CaliforniacompaniesemploymentInvestmenttax revenue
Up Next