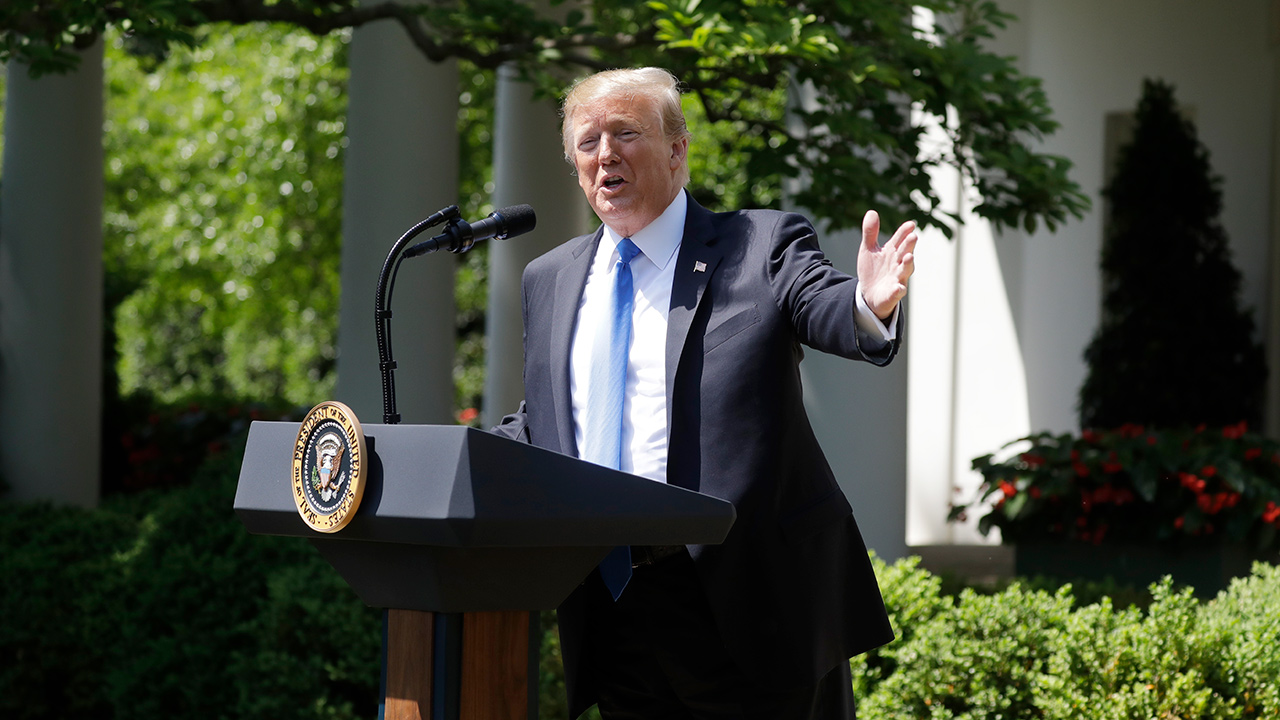 “Just today we finalized new protections of conscience rights for physicians, pharmacists, nurses, teachers, students and faith-based charities. They’ve been wanting to do that for a long time.” — President Donald Trump

Trump chose the National Day of Prayer to announce the new regulation.

“Just today we finalized new protections of conscience rights for physicians, pharmacists, nurses, teachers, students and faith-based charities,” Trump told an interfaith audience in the White House Rose Garden. “They’ve been wanting to do that for a long time.”

The conscience rule was a priority for religious conservatives who are a key part of Trump’s political base, but some critics fear it will become a pretext for denying medical attention to LGBT people or women seeking abortions, a legal medical procedure.

“Make no mistake,” she added, “this is an open license to discriminate against Americans who already face serious, systemic discrimination.” She said she was also addressing another pending regulation seen as undermining the rights of transgender patients. Pelosi said the Democratic-controlled House would “fight” the administration’s actions.

The complex rule runs more than 400 pages and requires hospitals, universities, clinics and other institutions that receive funding from federal programs such as Medicare and Medicaid to certify that they comply with some 25 federal laws protecting conscience and religious rights.

Most of these laws and provisions address medical procedures such as abortion, sterilization and assisted suicide. The ultimate penalty can be loss of federal funding for violations of conscience or religious rights, but most cases are settled by making changes in practices and procedures.

The rule makes no new law and doesn’t go beyond statutes passed under administrations of both political parties, said Roger Severino, head of the office that will enforce it at the Department of Health and Human Services.

Rather, the regulation will guarantee that religious and conscience protections already on the books can’t be ignored.

“We are giving these laws life with this regulation,” said Severino, saying it’s no different from civil rights statutes enforced in daily life through government regulation and oversight. “It makes sure Congress’ protections are not merely empty words on paper.”

“We are giving these laws life with this regulation. It makes sure Congress’ protections are not merely empty words on paper.” — Roger Severino, head of the office that will enforce it at the Department of Health and Human Services

Under the rule, clinicians and institutions would not have to provide, participate in, pay for, cover or make referrals for procedures they object to on moral or religious grounds.

This will make it “so that people do not have to shed their religious beliefs to participate in health care,” said Severino, adding that “certain medical professions such as OB-GYN should not be declared pro-life-free zones.”

The rule also addresses conscience protections involving so-called advance directives that detail a patient’s wishes for care at the end of life.

Asserting that previous administrations have not done enough to protect conscience rights in the medical field, HHS under Trump created a new division to investigate such complaints within its Office for Civil Rights, which Severino heads.

HHS said last year the office received more than 1,300 complaints alleging discrimination in a health care setting on account of religious beliefs or conscience issues. There was only a trickle of such complaints previously, officials said, about one per year for alleged conscience violations.

Tony Perkins Called the Regulation an Answer to Prayer

“Our mission and our ethical standards in health care are rooted in and inseparable from the Catholic Church’s teachings about the dignity of the human person and the sanctity of human life from conception to natural death,” Keehan said in a statement. “These are the source of both the work we do and the limits on what we will do. Every individual seeking health care is welcome and will be treated with dignity and respect in our facilities.”

“Protecting the right of all health care providers to make professional judgments based on moral convictions and ethical standards … is necessary to ensure that access to health care is not diminished, which would occur if they were forced out of their jobs because of their ethical stances,” his statement added.

But Louise Melling, deputy legal director at the American Civil Liberties Union, said the administration has opened the door to discrimination. “Religious liberty is a fundamental right, but it doesn’t include the right to discriminate or harm others,” she said. “Denying patients health care is not religious liberty,”

The rule takes effect 60 days after publication in the Federal Register.

Landlord Who Refused to Rent to Muslim Men Settles Lawsuit