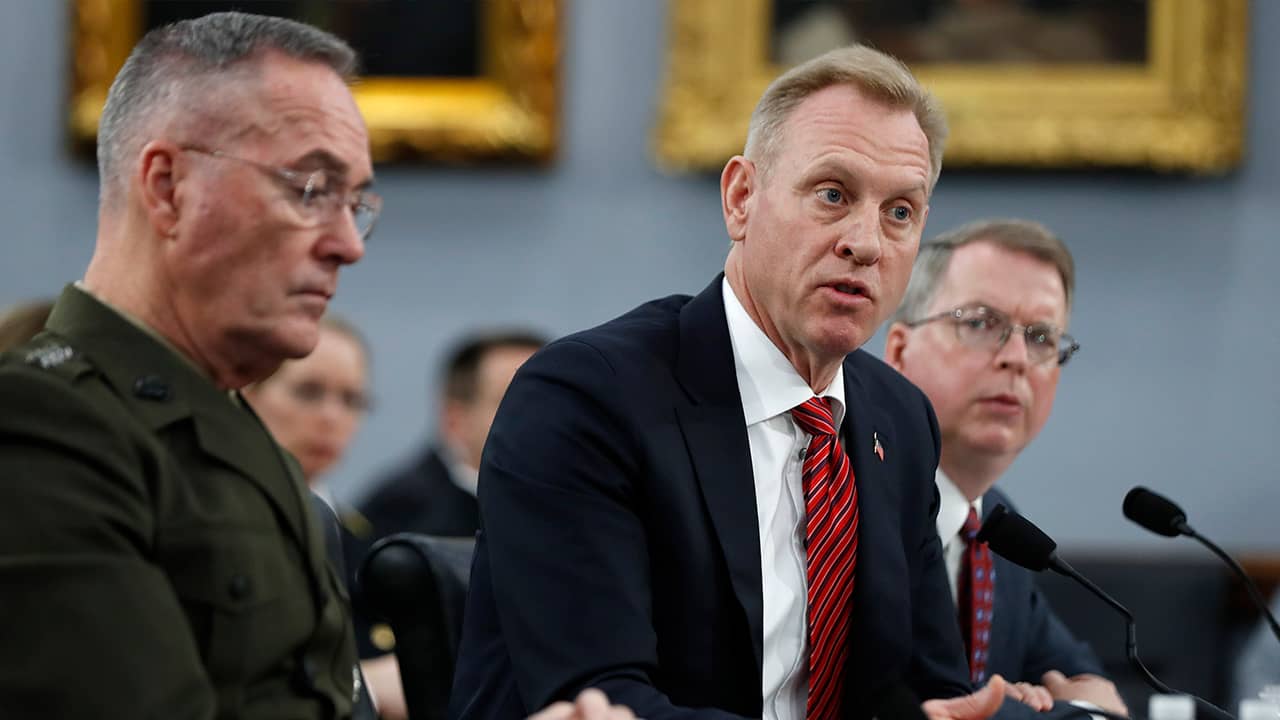 WASHINGTON — Acting Defense Secretary Patrick Shanahan told Congress Wednesday that the military needs to return to its traditional missions, and he wants to know how much longer troops will be needed at the U.S.-Mexico border.

In testimony to a House Appropriations subcommittee, Shanahan said he needs to determine how many more agents and other workers the Department of Homeland Security must have to fulfill the border mission.

“We’ve really been on this kind of a la carte approach where we’ve been asked to support DHS. We’re now in a position where we need to ask the question, how long will we be there?” — Acting Defense Secretary Patrick Shanahan

“We’ve really been on this kind of a la carte approach where we’ve been asked to support DHS,” he said, when asked how the deployment is affecting military readiness. “We’re now in a position where we need to ask the question, how long will we be there?”

He said active-duty troops “really need to get back to our primary missions.”

Shanahan’s comments come just days after the Pentagon said it would send 320 more active-duty troops to the border for tasks that put them in closer contact with migrants. Those duties include driving buses, serving food and providing medical and legal support.

Members of Congress raised concerns about the border mission, saying it is costing a lot of money and there is no end in sight.

Rep. Pete Visclosky, the subcommittee chairman, objected to the use of Defense Department money to pay for “the construction of an unauthorized wall” on the border.

National Guard Troops Were Sent to the Border in April 2018

“We are here to appropriate funds needed for the military, not to make good on a campaign promise,” Visclosky, D-Ind., told Shanahan.

The Pentagon submitted a budget request that included more than $7 billion in emergency money to help pay for President Donald Trump’s promised border wall. The department also has proposed shifting about $1 billion in surplus personnel funds to a drug-fighting account in order to pay for the wall. The House Armed Services Committee sent a letter denying that request, but the committee lacks the legal authority to block the transfer.

“We are here to appropriate funds needed for the military, not to make good on a campaign promise.” — Rep. Pete Visclosky

Lawmakers have threatened to enact legislation that would put more severe restrictions on the Defense Department’s ability to move money around in the budget.

National Guard troops were sent to the border in April 2018 to help provide security, surveillance and other support. In October, Trump ordered several thousand active-duty forces to the border to help construct wire barriers and support the Border Patrol.

Active-duty troops are limited in what they can do inside the United States. Federal law prohibits the use of those service members for law enforcement inside the country unless specifically authorized by Congress. As a result, Shanahan had to approve an amendment to the current policy on troops avoiding contact with migrants in order to fulfill the latest DHS request and allow them to serve meals and provide transportation.

The Pentagon said the troops were needed because Border Patrol stations are overwhelmed with migrants.

There are currently about 2,800 active-duty forces and about 2,000 National Guard operating in support of DHS at the border.

Poll Finds Hunger for Change to US System of Government