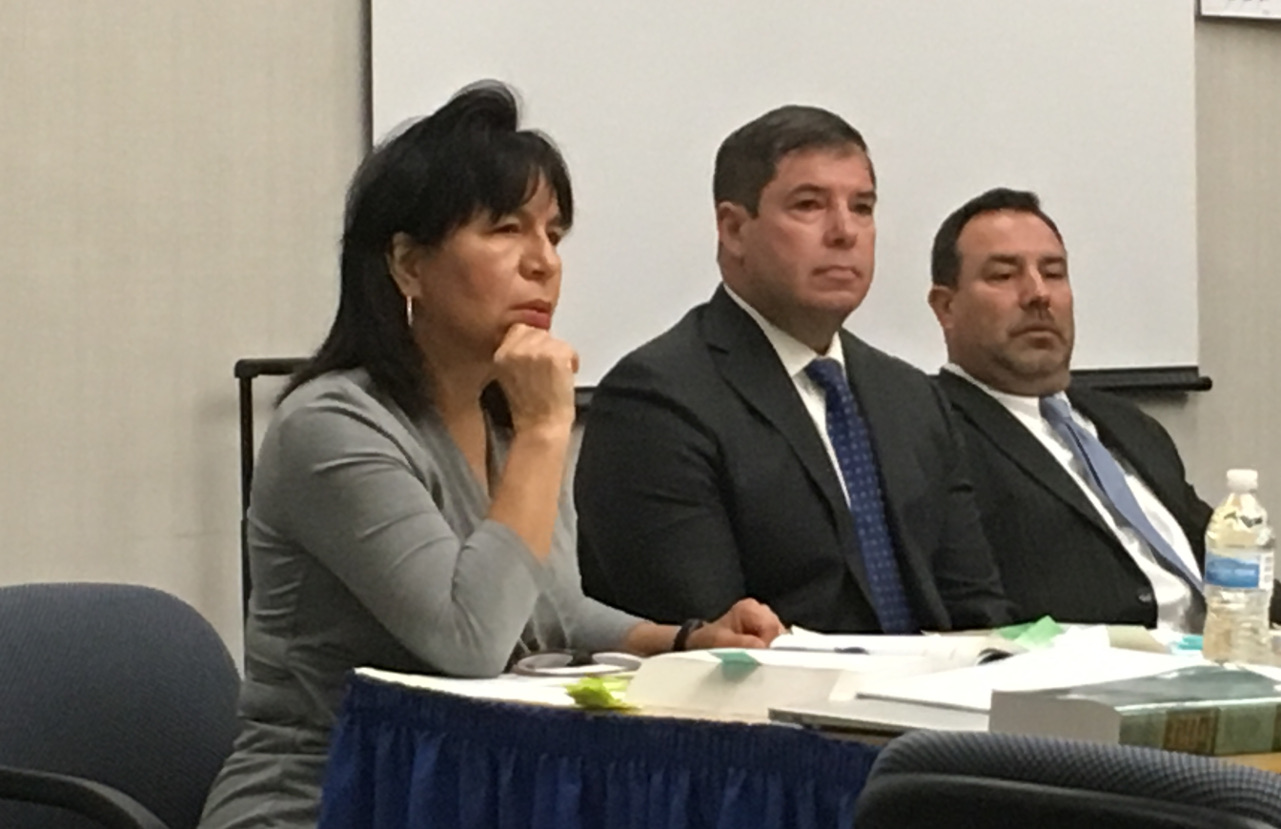 When Judge Alvin Harrell III announced that the jury in the Joaquin Arambula child abuse trial had been selected, the 60 or so remaining members of the juror pool erupted in applause.

“Jury selection will take longer than the actual trial,” Harrell quipped in his authoritative but light-hearted manner.

The prospect of the three-day jury selection lasting longer than the actual trial may have been an exaggeration. Opening statements in the Democratic assemblyman’s court case begin Friday morning (May 3).

Arambula stands accused of misdemeanor child cruelty stemming from a Dec. 9 incident involving his seven-year-old daughter at the family’s home. Court filings suggest Arambula slapped his daughter in the face, leaving a mark.

Arambula said publicly that all he did was spank his daughter on the bottom. He has been on leave from the assembly for the last nine weeks.

The first witness is expected to be Arambula’s daughter, the alleged victim.

During jury selection, Arambula’s attorney Margarita Martinez-Baly showed three photos of the victim taken after the alleged incident. The seven-year-old girl had a visible red mark near her right eye. Two of the photos were from the side; one was from the front (where the bruise wasn’t as visible).

Martinez-Baly often called her a “beautiful child.” She asked potential jurors if they would automatically believe a child. Many responded they would need to hear all the evidence.

As Harrell officially read the charging document, outlining the single child cruelty charge leveled at Arambula, the assemblyman shook his head as if to indicate it was untrue.

Starting Friday, the jury will hear the evidence then eventually make determine guilt or not.

Over the last three days, the prosecution and defense whittled down a 180-member jury pool to 12 in the box plus two alternates. They are split evenly — six men, six women (the alternates are one and one as well).

The jurors’ occupations range from two who work for the IRS, one who is a state prison guard, a zookeeper, a CalTrans employee, and one high school teacher. The list also includes two who work office jobs, and two retired individuals.

The main line of questioning during voir dire revolved around the ability of jurors to be impartial, putting aside their views on such issues as politics, corporal punishment, and child abuse. Exposure to prior media coverage did not necessarily disqualify any juror member.

Most of the jury pool said they had not formed an opinion regarding Arambula from prior media coverage or experiences with corporal punishment.

Harrell warned jurors not to research the case, or discuss the case with anyone, and to follow the law as instructed.

The first day of jury selection saw about half eliminated for cause or hardship. Some were based on scheduling conflicts. Harrell instructed those jurors to reschedule their duty. Others had health hardships. The judge excused them outright.

During the subsequent two days, Harrell conducted another round of questioning. A handful of other prospective jurors were struck for cause or hardship. Prosecutor Steve Wright utilized three of his six peremptory strikes, dismissing a juror without a specific reason. The defense used its privilege just once.

Hanging on the back wall behind Arambula and his defense team was a witness list containing 36 names.

Eight potential witnesses are from the Fresno police department. They include Sgt. Stephen Phebus, who was first on the scene Dec. 10 at Dailey Elementary Charter after the school contacted Child Protective Services as a mandated reporter.

The list included four names from the Fresno County Dept. of Social Services (of which CPS falls under). Amber Fithian, the social worker who responded to the school is on the list.

Another five are either administrators or staff at Dailey.

The witness list includes at least four expert witnesses, either doctors or therapists, who are expected to testify.

The remaining witnesses are believed to be family friends of Arambula.

It is unknown if the defense plans to call Arambula to the stand. The trial is expected to last 7-10 days.

Cocaine Deaths up in US, and Opioids Are a Big Part of It