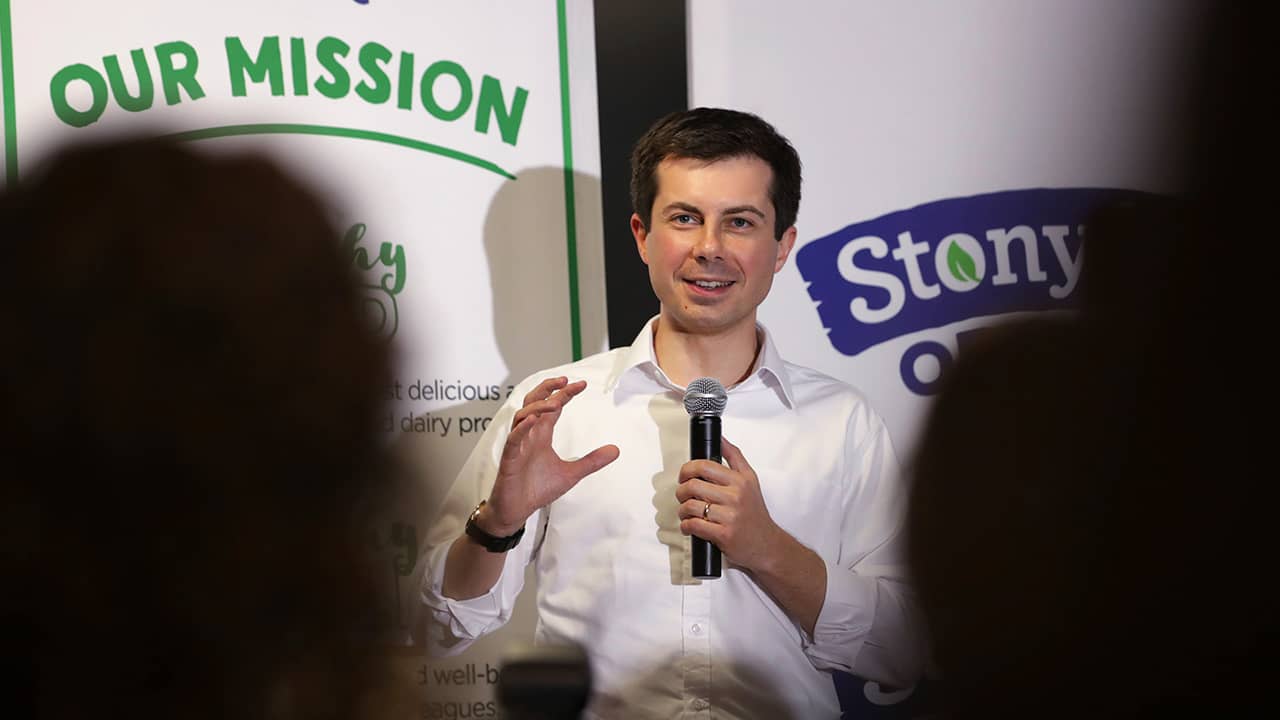 MANCHESTER, N.H. — There are no policy positions on his website. He has virtually no paid presence in the states that matter most. And his campaign manager is a high school friend with no experience in presidential politics.
This is the upstart campaign of Pete Buttigieg, the 37-year-old Indiana mayor who has suddenly become one of the hottest names in the Democrats’ presidential primary season. Yet there is an increasing urgency, inside and outside of the campaign, that his moment may pass if he doesn’t take swift action to build a national organization capable of harnessing the energy he’ll need to sustain his surge in the nine months or so before the first votes are cast.

“I get more inquiries on how to reach him or his campaign than anyone else,” New Hampshire Democratic Party Chairman Ray Buckley said, adding that he’s aware of just one part-time Buttigieg staffer in the state to help coordinate the requests.
“This is what it’s like when you’re having your moment,” Buckley said. “Whether he can capitalize — that’s his challenge.”
Indeed, it’s far from certain that Buttigieg, a gay former military officer, will continue to stand out in a contest that features political heavyweights like Vermont Sen. Bernie Sanders, Massachusetts Sen. Elizabeth Warren and former Vice President Joe Biden, who is expected to launch his candidacy later this week. Aware of the daunting road ahead, Buttigieg’s team is plowing forward with an ambitious push to expand his operation, attract new campaign cash and pound the airwaves with virtually every media opportunity available.

The Campaign Had Little More Than a Dozen Paid Staffers

In an interview, Buttigieg conceded that his supporters across the country have essentially had to “organize themselves” so far.

Voters Eager to Learn More About the Mayor’s Policy Positions

Schmuhl said the campaign doesn’t have national political consultants on the payroll and it’s unclear if it ever will. New Hampshire Democrat Lauren O’Sullivan, a 35-year-old who attended a house party for Buttigieg over the weekend, said she was initially unsure about the Midwestern mayor after going on his website. She felt she “didn’t know where he stood on any positions.”
She was somewhat reassured after he talked about specific policies at the Saturday house party.
“It was good to see that there is some platform,” O’Sullivan said.
For now, Buttigieg’s team wants to get him in front of as many people as possible.

That’ll include travel to meet voters in the early states on the presidential primary calendar, but after a week on the road in Iowa and New Hampshire, he’ll spend the coming days focused on raising as much money as possible.
This week he’ll launch a California fundraising swing featuring 11 stops across three days. Hollywood has taken an early liking to Buttigieg. Actors including Ryan Reynolds have already written small checks. Others in the entertainment industry are expected to attend events on the California tour, although the campaign declined to name them.

It’s critically important for Buttigieg to focus on fundraising while he’s surging, said Democratic strategist Symone Sanders, who predicted that Buttigieg’s moment is unlikely to last.