'I Know Nothing' - Trump Changes His Tune on WikiLeaks 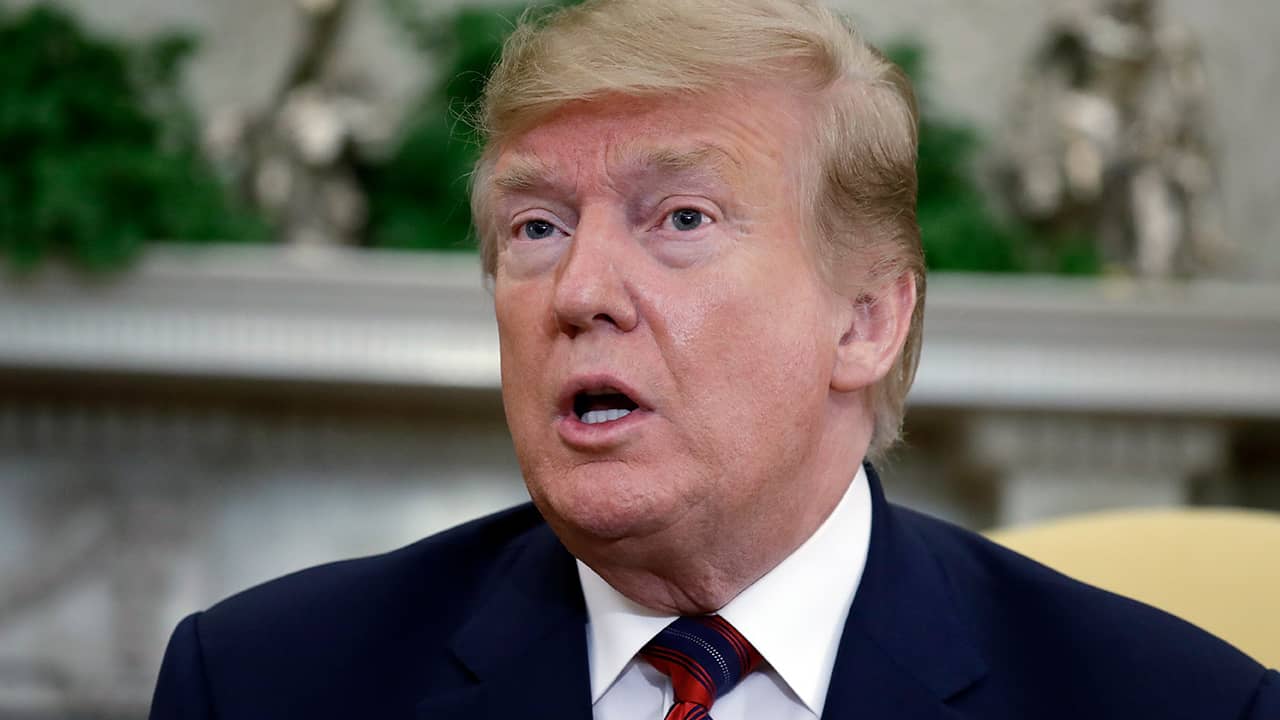 WASHINGTON — It was a far cry from “I love WikiLeaks!”

Assange Has Been Under Justice Department Scrutiny for Years

All told, Trump extolled WikiLeaks more than 100 times, and a poster of Assange hung backstage at the Republican’s debate war room. At no point from a rally stage did Trump express any misgivings about how WikiLeaks obtained the emails from the Clinton campaign or about the accusations of stealing sensitive U.S. government information, which led to the charges against Assange on Thursday.


“I am not involved in that decision, but if they want to do it, it’s OK with me.” — President Donald Trump
Assange for years has been under U.S. Justice Department scrutiny for WikiLeaks’ role in publishing thousands of government secrets. He was an important figure in special counsel Robert Mueller’s Russia probe, as investigators examined how WikiLeaks obtained emails that were stolen from Democratic groups.
When asked about Assange in 2017, Trump said he did not “support or unsupport” WikiLeaks’ move to release hacked emails and that he would not be involved in any decision for the U.S. government to arrest Assange.
“I am not involved in that decision,” whether or not to arrest Assange, Trump told The Associated Press then, “but if they want to do it, it’s OK with me.”
The Justice Department now has charged Assange with taking part in a computer hacking conspiracy, accusing him of scheming with Chelsea Manning, a former Army intelligence analyst, to break a password for a classified government computer.
The single charge of computer intrusion conspiracy carries up to five years in prison, though the Justice Department can add additional charges depending on the evidence it gathers. Manning was ordered jailed last month for refusing to testify before a grand jury in Alexandria, Virginia, suggesting that prosecutors are still at work. The Grand Jury Indictment against Julian Assange, released by the U.S. Department of Justice, Thursday, April 11, 2019, is photographed in Washington. The U.S. Justice Department has charged WikiLeaks founder Julian Assange with conspiring with Chelsea Manning to break into a classified government computer. (AP Photo/Wayne Partlow)

It was unclear why the Assange charge, which was brought under seal last year, was made public at this time and why he was taken into custody now — weeks after Mueller’s investigation had concluded. None of the allegations in the case relate to Russian election interference or WikiLeaks’ role in publishing emails stolen from Democrats by Russian intelligence operatives.
An indictment against 12 Russians last year described WikiLeaks’ role in publishing hacked emails in the run-up to the 2016 presidential election. Though the indictment said WikiLeaks had worked to coordinate the release of information, there was no allegation that the organization solicited the hacking of Democratic email accounts or worked with Russians.
Assange’s arrest provoked passionate responses overseas, and from some who had expressed concern about whistleblower protections, but the initial bipartisan reaction in Washington was relief.

“I’m glad to see the wheels of justice are finally turning when it comes to Julian Assange,” tweeted Sen. Lindsey Graham, R-S.C., a Trump ally. “In my book, he has NEVER been a hero. His actions – releasing classified information – put our troops at risk and jeopardized the lives of those who helped us in Iraq and Afghanistan.”
And Sen. Mark Warner of Virginia, ranking Democrat on the intelligence committee, said he hoped the British courts would quickly transfer Assange to U.S. custody “so he can finally get the justice he deserves.”
Assange’s lawyer has previously said he planned to fight any U.S. charges against him. Assange took refuge in the Ecuadorian Embassy in London in 2012 after he was released on bail in Britain while facing extradition to Sweden on sexual assault allegations that have since been dropped. British police said Assange had been arrested Thursday for breaching his bail conditions and in relation to the U.S. arrest request.
Related Topics:hackingJulian AssangeLondonPresident Donald Trumppresidential campaignWikiLeaks
Up Next