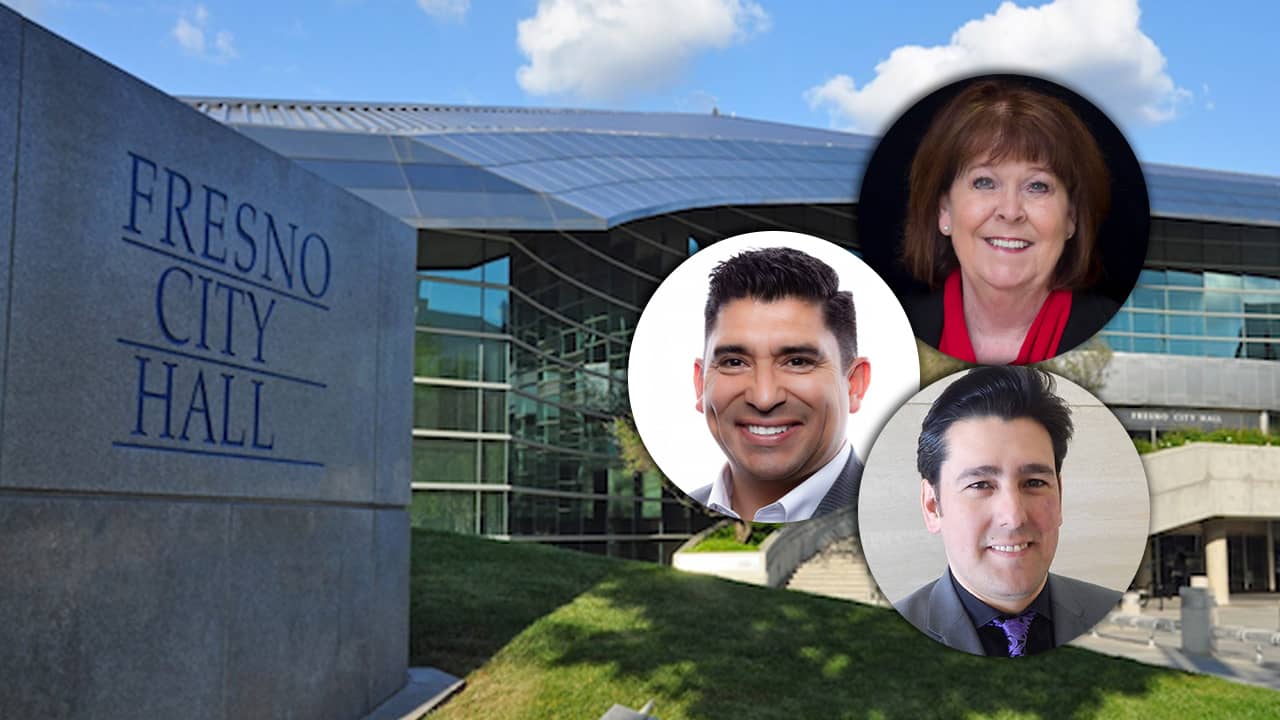 Phil Arballo is out of the 2019 special election for Fresno City Council District 2. He says, however, he is still in it for the regular 2020 race.
Arballo says concerns over election fatigue are the reason for his curious strategy. There could be three elections in a seven-month period.

An Aug. 13 election date, with a potential Nov. 5 runoff, is slated to fill the seat vacated by Steve Brandau as he takes his spot on the Fresno County Board of Supervisors. The regular election for the seat is March 2020.
“The timeline is not in my favor. I’m going to focus on 2020,” Arballo said.

Meanwhile, Fresno businesswoman Debbie Hunsaker says she is “pondering” a run for the District 2 northwest Fresno seat.
Hunsaker is president of Alert-O-Lite and is active on a number of city committees. She also is vice chair of government affairs for the Chamber of Commerce.

Big Self Loan for Garcia

Lawrence Garcia has lent himself $50,000 for his District 2 run. Recent campaign documents show Garcia writing his campaign two checks for $45,000 and $5,000.
Garcia is president and CEO of Ameriguard Security Services and serves as a Fresno planning commissioner. He has veteran campaign manager Mark Scozarri on his team, as well as publicist Darren Rose.
None of the three other candidates who have filed to run —Mike Karbassi, Jared Gordon or the aforementioned Phil Arballo — have reported on their fundraising.

According to Fresno County elections clerk Brandi Orth, here is the timeline leading up to the Aug. 13 special election for the District 2 seat:
April 11:  Signatures in Lieu of Filing Fee period opens;
April 22:  Candidate filing period opens;
May 2:  Deadline for submitting Signatures in Lieu of Filing Fee;
May 17:  Deadline for candidate filing;
A candidate has to be a resident of the district for 30 days prior to filing, so a potential candidate living outside the boundaries would need to move in by April 17.

This week, the city of Fresno enacted an online comment system to allow citizens to share their thoughts on council items via the web.
Comments are due the day before Thursday council meetings.
“Comments are exported into a report and distributed to the Mayor, City Council, City Attorney, City Manager and Department Directors,” the city said in a post to the online Nextdoor platform.
“eComment is also a valuable tool for staff. Significant staff time savings can be realized by encouraging constituents to post their comments using eComment as opposed to sending emails or leaving phone messages. Having a central repository for comments ensures that the City Council and City staff is in compliance with the Brown Act by having a transparent, predictable process for managing public comment,” the statement said.
To make an e-Comment on an agenda item, click here, then chose the link for the applicable meeting.

Grizzly Fest is back at Woodward Park May 4 and 5. Council approved, 5-1, the contract yesterday (April 4) without the drama the issue created last year.
But, that didn’t mean it was without objection.
Like last year, councilman Garry Bredefeld disagreed with the choice of venue, which sits in his northeast Fresno district.
“Grizzly Fest is a wonderful event, there is no question about that. For me, my objection to that is I don’t believe it belongs in Woodward Park. I believe it belongs downtown,” he said.
Miguel Arias, who one observer described “the Garry Bredefeld of the left,” said Grizzly Fest should be in north Fresno, in the name of equality.
There are two notable changes from last year’s inaugural edition. The license fee that promoter IAN Group pays to the city for the use of Woodward Park has been reduced from last year’s $100,000 to $60,000 this year. Also, the ending time for the festival has been set at 10 p.m. instead of 11pm.
Promoter Armen Hekimian said “logistically, I can’t produce this thing downtown.” He added that 16,000 fans paid for admission to the two-day event last year.
The festival’s Saturday (May 4) headliner is Portugal. The Man. The band hit Number 1 on the Billboard Alternative chart with “Live in the Moment” and “Feel It Still”