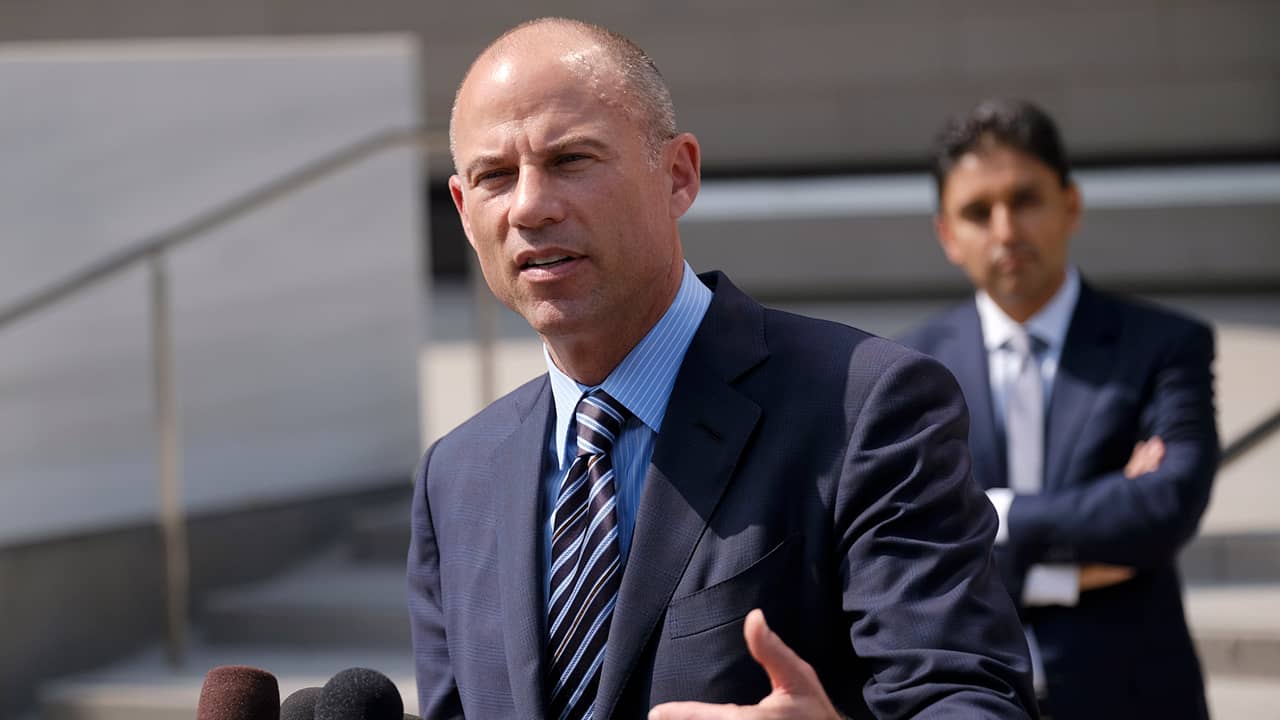 Who Is Michael Avenatti?

Daniels issued a statement Monday on Twitter saying she fired Avenatti a month ago after “discovering that he had dealt with me extremely dishonestly.” She said she was “saddened but not shocked” at the charges.

Avenatti filed a lawsuit in Los Angeles seeking to invalidate a nondisclosure agreement about the affair, which Trump has denied. In the months since, he has become a constant and controversial presence on social media and cable news, criticizing Trump and weighing in on a host of current events.

At one point last year, he even flirted with a presidential run. Daniels issued a statement Monday on Twitter saying she fired Avenatti a month ago after “discovering that he had dealt with me extremely dishonestly.” She said she was “saddened but not shocked” at the charges. What Are the Charges Against Him?

Federal prosecutors announced two separate cases Monday against Avenatti that included charges of bank and wire fraud in California and extortion in New York. The California case includes claims that Avenatti misrepresented his personal assets, provided false income tax returns to a bank and failed to pay hundreds of thousands of dollars in taxes.

In New York, Avenatti is accused of extorting Nike for millions of dollars. Prosecutors said he threatened to go public with allegations that Nike employees were improperly paying student athletes if the company didn’t enter into a confidential settlement with him or hire him to conduct an “internal investigation” of the misconduct claims within Nike.

How Did Authorities Begin Investigating Avenatti?

While the claims against Avenatti in New York unfolded over the course of a few days, the charges in California are rooted in misconduct the authorities said dates back several years.

The IRS said in court filings that Avenatti committed bank fraud in 2014 when he made a series of false representations to a bank in Biloxi, Mississippi, in part by providing false income tax returns for 2011, 2012 and 2013. The IRS says Avenatti already owed more than $850,000 in unpaid personal income taxes at the time from 2009 and 2010.

Avenatti also is accused of failing to transfer a $1.6 million settlement to a client and instead using the money “for his own purposes,” according to court documents.

What Is Avenatti Accused of Doing to Nike?

Authorities outlined a whirlwind series of events that began when Avenatti met with Nike’s representatives in Manhattan last week and allegedly threatened to go public with allegations that he said would cause the company to suffer “cut after cut after cut after cut,” including “$10 billion off” its market capitalization. Avenatti told the company he represented the coach of an amateur youth basketball team that recently lost a Nike sponsorship worth $72,000, according to prosecutors, and said he planned to hold a news conference to accuse Nike employees of making illegal payments to top student athletes.

According to prosecutors, Avenatti demanded that the company pay his client, the basketball coach, $1.5 million as a settlement for Nike’s decision not to renew its sponsorship of the team, and pay Avenatti and celebrity attorney Mark Geragos $15 million to $25 million to conduct an internal investigation at Nike.

Why Is This Coming out Now?

The California fraud case had been in the works for many months. But Avenatti was arrested in New York on Monday minutes after he took to Twitter to announce a Tuesday news conference “to disclose a major high school/college basketball scandal perpetrated by @Nike that we have uncovered.”

Shortly after Avenatti allegedly approached Nike with his demands, he tweeted a story about the college basketball corruption case prosecuted recently in the Southern District of New York.

Last week, shortly after Avenatti allegedly approached Nike with his demands, he tweeted a story about the college basketball corruption case prosecuted recently in the Southern District of New York. The allegations in that case were similar to those raised against two employees of one of Nike’s chief rivals, Adidas, who were found guilty in Manhattan federal court of funneling secret payments to the families of top-tier basketball recruits to influence their choices of schools, apparel companies and agents.

The U.S. Attorney in Manhattan, Geoffrey Berman, told reporters Monday his office’s investigation into that scandal is continuing, but he did not elaborate on whether prosecutors are pursuing Avenatti’s allegations of wrongdoing against Nike. Nike issued a statement saying it has been cooperating with that inquiry for more than a year.