When state legislators grilled University of California staff at a hearing Tuesday about the university’s response to the recent college admissions scandal, Assemblyman Kevin McCarty asked the question that’s been reverberating since the story broke last week. 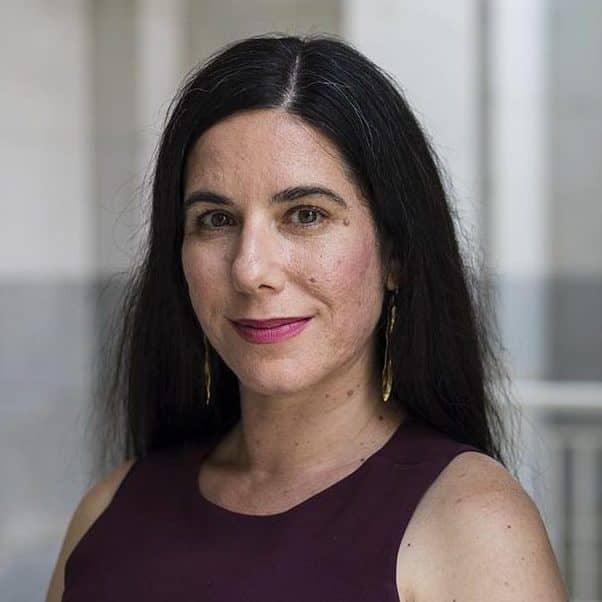 “How do we reassure the public that the system is not totally rigged?”

It’s a dilemma for lawmakers who feel pressure to respond to a nationwide cheating scheme that cuts at the heart of higher education’s legitimacy. Among the dozens of people charged by federal law enforcement with using fake test scores and athletic profiles to secure admission for wealthy students at elite colleges, one was a UCLA soccer coach and another the parent of a UC Berkeley alumnus. The scandal stung all the more given the massive demand among Californians for a UC degree.

Though Tuesday’s hearing generated strong talk of crackdowns and expulsions, there are limits to what state government can and can’t do to prevent future scandals. State officials have little ability to influence the private schools at the center of the investigation, and even within California’s public university system, key decisions about admission are made within the ivory tower, by UC faculty and staff.

But legislators do have significant control over UC’s purse strings and the governor and lieutenant governor sit on the UC Board of Regents. Here are three takeaways from the state’s response so far.

UC policy allows campuses to admit up to six percent of each entering class as “admissions by exception,” meaning they don’t meet usual standards but have a special talent such as athletics or performing arts.

“We are going to scrub this and see what we can do to improve our processes and…make it very difficult for anyone to take advantage of our system.” — Alex Bustamante, university chief audit officer

Those under-the-radar admissions are the kind the FBI alleges parents exploited at UC and elite private schools, by bribing sports coaches to bring on their children as walk-on players.

They can also be used to increase geographic and cultural diversity, Provost Michael Brown told legislators Tuesday, by admitting students who were homeschooled or attended high schools in rural areas that don’t offer the courses that UC usually requires.

Brown said actual admissions by exception usually amount to two percent or less of each class — campuses don’t use their entire quota because demand for regular slots is so high. Including transfer students, the university received nearly 218,000 undergraduate applications for the 2019-2020 school year.

UC says it doesn’t set aside any admissions slots for donors or legacy students — those whose parents attended the university — and audits a random sampling of applications each year to ensure the information submitted is accurate.

Regardless, admissions by exception will likely be a focus of UC’s internal investigation into the extent of the fraud.

“We are going to scrub this and see what we can do to improve our processes and … make it very difficult for anyone to take advantage of our system,” said the university’s chief audit officer, Alex Bustamante. 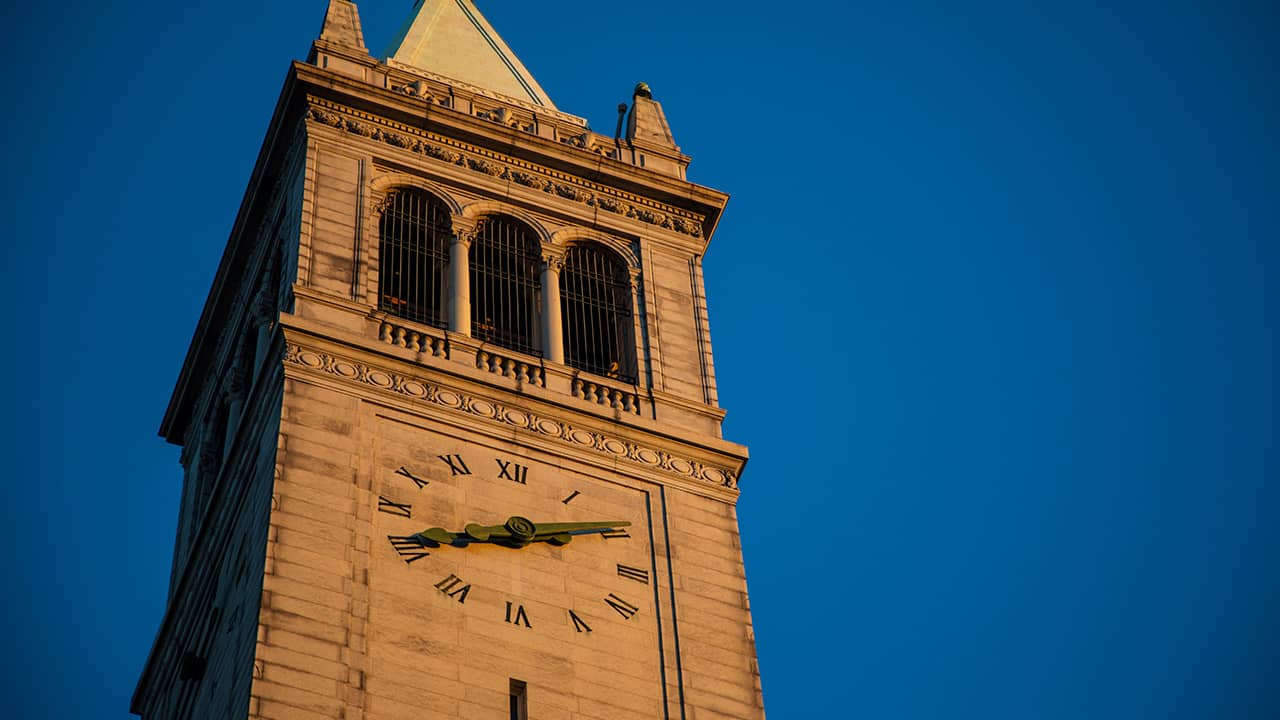 As the college cheating scandal has spread to include UCLA and UC Berkeley, state lawmakers are scrutinizing loopholes and seeking to reassure Californians. (Photo by Robbie Short for CALmatters)

More than 1,000 colleges and universities nationwide have stopped requiring applicants to submit SAT or ACT test scores, according to the nonprofit FairTest — including, last year, the prestigious University of Chicago.

The University of California, so far, hasn’t joined their ranks. But the revelation that wealthy families could so brazenly game the tests has lent urgency to an ongoing discussion within the university about their future use.

At the request of UC President Janet Napolitano, a faculty task force has for the last several months been studying whether standardized tests accurately predict how well a student will succeed at the university. Critics of the SAT and ACT have long argued that they perpetuate racial disparities and favor applicants whose families can afford expensive test prep courses.

“No single admissions criteria is perfect, but objective measures like college entrance exams protect hardworking, honest students by making fraud harder to pull off and easier to detect.” — Zachary Goldberg, a spokesperson for the College Board

“I think the scandal has helped people understand how these tests have become synonymous with privilege,” said UC regent Eloy Ortiz Oakley, a longtime critic of the SAT who also serves as chancellor of the California Community Colleges. “What I’m hearing from my colleagues is outrage and concern and a heightened interest in getting back the recommendation from the Academic Senate.”

The College Board defends the SAT’s integrity, saying it relies on schools to provide fair testing environments, but has also taken measures to increase security in recent years.

“No single admissions criteria is perfect, but objective measures like college entrance exams protect hardworking, honest students by making fraud harder to pull off and easier to detect,” Zachary Goldberg, a spokesperson for the College Board, said in an email.

About 60 percent of freshman applicants to UC’s fall 2019 class submitted SAT scores, 20 percent sent ACT scores, and the rest took both exams. Cal State requires the test for applicants whose high school GPAs are lower than 3.0, or who want to attend a campus or program with high demand.

UC campuses vary in how much they emphasize standardized tests, said Eddie Comeaux, chair of the university’s Board of Admissions and Relations with Schools, the faculty panel that oversees admissions. At some, grades and test results together count for more than 90 percent of an applicant’s score, he said, while others take a more holistic approach.

Related Story: Bribes to Get Into Yale and Stanford? What Else Is New?

One option UC could pursue: relying more on the Smarter Balanced tests the state already requires all students to take in 11th grade. Designed to align with school curriculum, Smarter Balanced exams do about as well as the SAT at predicting whether a student will get good grades in their first year at UC or Cal State and return for a second year, according to a forthcoming UC Davis study.

However, the study found both tests were less effective at predicting outcomes for low-income students, said lead author Michal Kurlaender. Students outside California wouldn’t necessarily have access to the Smarter Balanced exams. And in-school state assessment tests, while free and convenient for students to take, have faced cheating scandals of their own.

“For all the processes I know about, no single individual is able to pull the trigger on a decision.” — Eddie Comeaux, chair of the university’s Board of Admissions and Relations with Schools

“My suggestion would be to make sure you have more faculty oversight,” he said, adding that the admissions board will take up the issue at its April meeting. He pointed to UC Berkeley, which tightened admissions standards for athletes in recent years in response to low graduation rates among its football players, as a possible model.

But the checks and balances seem to have failed in the case of Jorge Salcedo, a UCLA soccer coach indicted on suspicion of taking $200,000 in bribes to accept two recruits who in fact had never played the sport competitively. UCLA placed Salcedo on leave last week.

When asked whether admissions officers actually contact a student’s high school to verify athletic accomplishments, director of admissions Han Mi Yoon-Wu acknowledged that in deciding on a candidate, they often rely on coaches’ expertise.

That should change, said Comeaux, a former professional baseball player who researches athletics in higher education.

“My suggestion would be to make sure you have more faculty oversight,” he said, adding that the admissions board will take up the issue at its April meeting. He pointed to UC Berkeley, which tightened admissions standards for athletes in recent years in response to low graduation rates among its football players, as a possible model.

That’s one reform legislators might also urge UC to adopt.

“We need to make sure the person who got on the swim team knows how to swim,” McCarty said.

This story and other higher education coverage are supported by the College Futures Foundation.