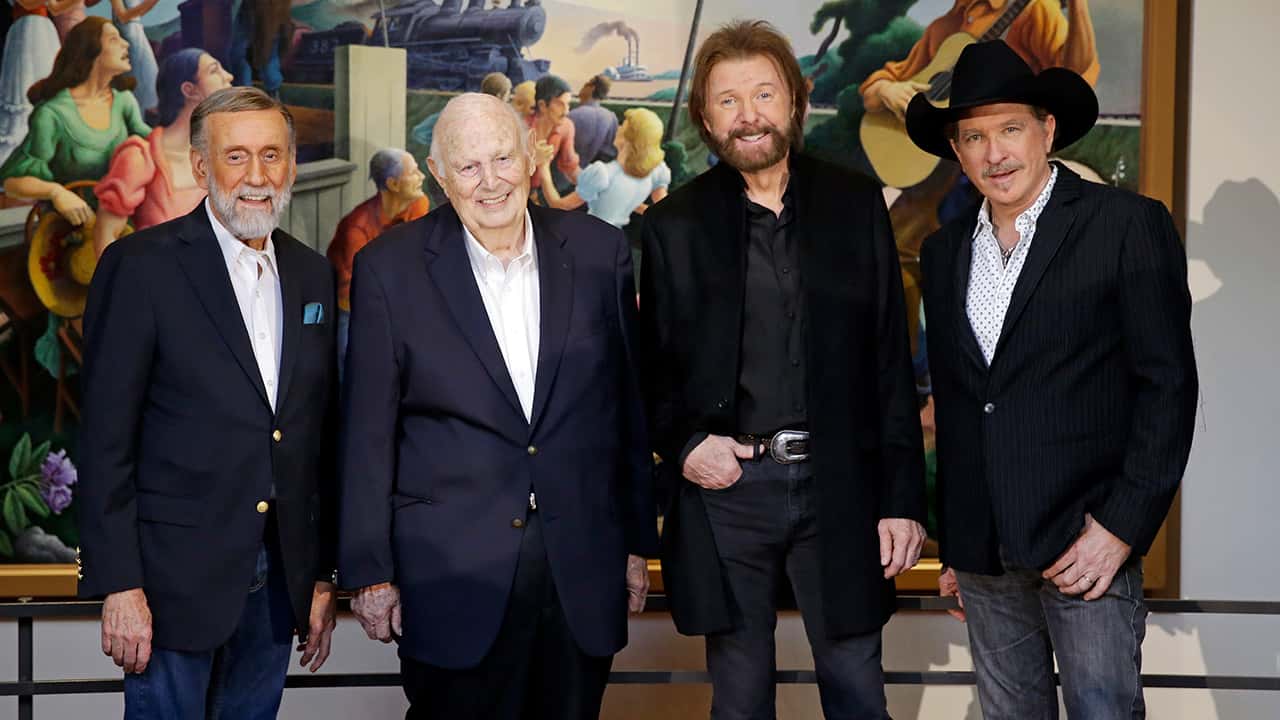 NASHVILLE, Tenn. — Country hit-making duo Brooks & Dunn are riding a resurgence of interest in ’90s-era country music with a new album celebrating their top-selling singles, a longstanding Las Vegas residency and now an invitation to join the Country Music Hall of Fame.

“Back in the day, in the ’90s, everything was sensationalized and country had hit arenas and stadiums. We jumped right in on all fours.” — Ronnie Dunn

The duo, along with comedic singer Ray Stevens and record label head Jerry Bradley, were announced Monday as this year’s inductees and will be formally inducted during a ceremony later this year.

“There’s a lot going on at this stage that generally doesn’t happen,” Ronnie Dunn told The Associated Press after the press conference inside the Hall of Fame’s rotunda featuring plaques honoring the icons of the industry. Their new album, “Reboot,” out April 5, features the duo on new versions of their hits with today’s country stars such as Kacey Musgraves, Luke Combs and Kane Brown.

With more than 20 No. 1 country hits, the Grammy-winning pair is the most awarded duo by the Country Music Association, earning 14 vocal duo awards over their careers. They started as solo singers but were encouraged to join up as a duo and had immediate success with a string of hits, starting with “Brand New Man,” ”My Next Broken Heart,” ”Neon Moon” and “Boot Scootin’ Boogie.”

With multi-platinum sales, they became one of country’s biggest touring acts for decades, combining Brooks’ big personality and guitar work and Ronnie’s singing.

“Back in the day, in the ’90s, everything was sensationalized and country had hit arenas and stadiums,” Dunn said. “We jumped right in on all fours.” Kix Brooks, left, and Ronnie Dunn, of the duo Brooks and Dunn, appear during the annual announcement of inductees into the Country Music Hall of Fame Monday, March 18, 2019, in Nashville, Tenn. They will be inducted along with Ray Stevens and Jerry Bradley. (AP Photo/Mark Humphrey)

A Four-Year Residency in Las Vegas With Reba McEntire

“We were just weird enough that I think fans got that. These two guys don’t really belong together, but they are up there doing it,” Brooks said.

The duo split up in 2010 and they both started working on solo projects, but reunited in 2015 for what’s turned into a four-year residency in Las Vegas with Reba McEntire.

“We were just weird enough that I think fans got that. These two guys don’t really belong together, but they are up there doing it.” — Kix Brooks

Stevens, 80, is known for singing zany hits like “The Streak,” but also sentimental ones like the Grammy-winning “Everything Is Beautiful.” Stevens is a multi-faceted artist who started as a session musician in Nashville and has been a TV personality, producer, publisher, songwriter and entertainer for six decades. He recorded comedy albums and videos and opened a theater in Branson, Missouri. He currently has a dinner theater show in Nashville called “CabaRay.”

Bradley came from a dynasty of Music Row leaders, including his father, Owen Bradley, an influential producer, and uncle Harold Bradley, an acclaimed musician, who died in January. Jerry Bradley started to tear up as he talked about being inducted alongside his father and uncle, calling it the greatest honor that anyone can receive in country music.