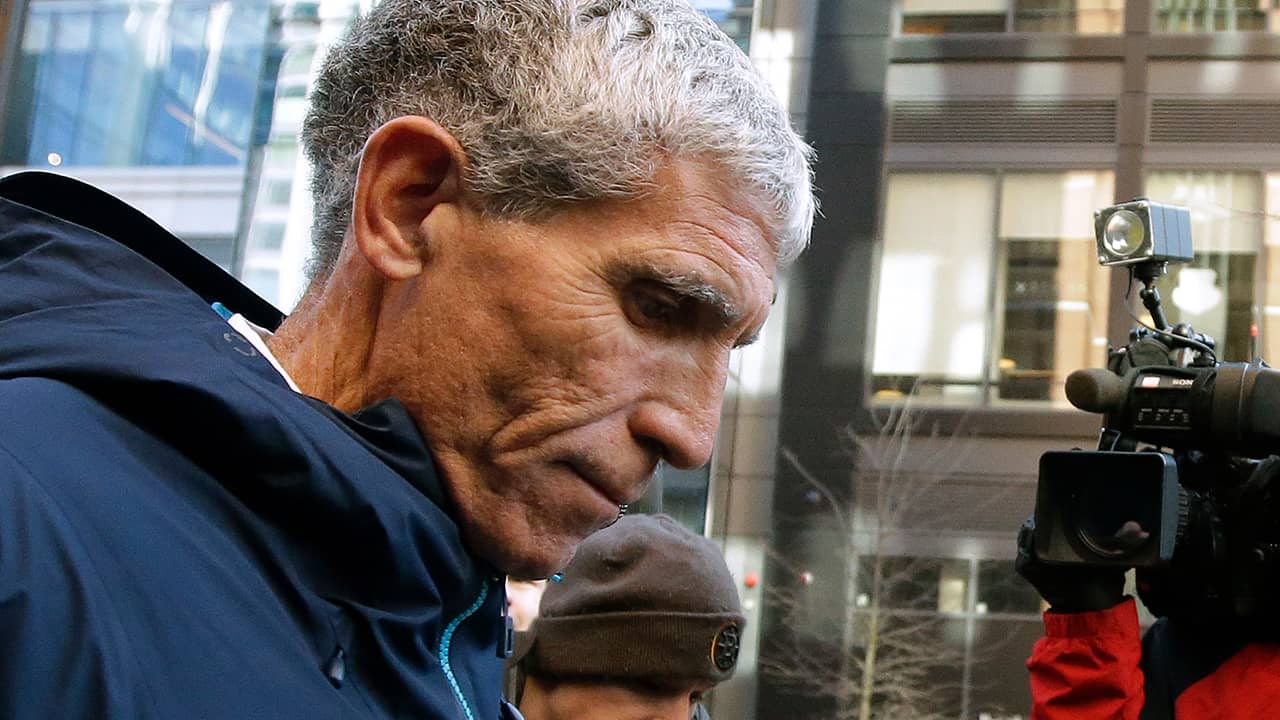 NEWPORT BEACH — For 25 years, William “Rick” Singer was in the business of helping high school students get into some of the country’s top colleges, gaining a reputation as a master salesman who got results, but also someone who came across as devious and way too slick, say some of those who knew him professionally.

High school guidance counselors in Sacramento, where Singer started his career as a college admissions consultant, used to trade “Rick stories” and warned each other, “He’s shady. Be careful,” according to one of them.

Now, Singer, 58, is at the center of one of biggest college admissions scandals on record, accused of conspiring with wealthy parents to pay bribes to get their children into prestigious schools such as Yale, Stanford, Georgetown and UCLA.

Some of those who encountered him professionally said they were not surprised to see Singer in the middle of the scheme. His popularity with wealthy families in the Sacramento area was not shared by school counselors and educators, who said they had no clue about any illegal practices but found him untrustworthy.

Singer pleaded guilty to conspiracy and other charges in federal court Tuesday in Boston. Federal prosecutors charged 50 people in the scheme, including coaches and dozens of parents. They included TV stars Felicity Huffman and Lori Loughlin and high-achieving figures in such fields as law, finance and fashion. Authorities said parents hired Singer to bribe college coaches and administrators to boost their children’s chances of admission by making them look like star athletes in sports they never played. He also hired people to take college entrance exams for students or paid off insiders to correct youngsters’ answers, officials said.

Some parents spent hundreds of thousands of dollars and one as much as $6.5 million, prosecutors said.

Newman first met Singer in the early 2000s when she was a counselor at Rio Americano High School in the Sacramento area. Counselors from high schools in the area would compare notes on Singer, who rubbed many the wrong way. “We started trading stories,” she said. “It was like, ‘There’s this guy Rick. He’s shady. Be careful.'”

Newman said Singer was known to deliberately target the children of wealthy people and seemed to be in the business not for the good of the kids but for the money and status it brought him. He talked about the need to build students into “a brand,” which struck counselors as misguided and potentially dishonest, she said.

He would insert himself into school college counseling sessions with parents and students — “Which is not normal, not something we do,” she said — and would do all the talking and demand that students be enrolled in certain classes, often above their skill level, to help them get into colleges of their choice.

In one case, he took charge of a student athlete’s course load in 12th grade, setting him up with three online math classes, which he somehow passed even though at school he had failed Algebra 1, she said.

“He was so good at doing things underhandedly,” Newman said. “We knew kids were getting into places that they weren’t quite capable of doing on their own.”

When she saw Singer’s name in the news this week, her reaction was not shock: “I was jumping for joy, because he finally got caught.”

He Would Tell Kids He Would Guarantee Their Admission

“He was a master salesperson and very popular. People hired him like crazy,” said Margie Amott, another college admissions consultant in the Sacramento area, who started her own business a few years after Singer did. She said he was charismatic, persuasive and articulate and had the ability to bond with young people.

“The kid was very nervous, very upset. It was a personal statement all about his experiences growing up poor, and I was literally sitting in a mansion when he showed it to me.” — Rebekah Hendershot, who helped Singer write a 2014 book on college admissions

Amott had little direct contact with Singer but said she heard endless stories about him from school counselors. Among them: He would tell kids he would guarantee their admission to certain schools — a promise counselors shouldn’t make, Amott said — and had a website where he would say college admissions is a “science.”

“High school counselors had direct exposure with him. I would hear about it because they would be tearing out their hair because of unethical things he would be doing,” she said.

Rebekah Hendershot, who helped Singer write a 2014 book on college admissions, told USA Today that she was not aware of any test-rigging or bribes but recalled Singer telling a wealthy high schooler to write his college application essay about growing up poor.

“The kid was very nervous, very upset,” Hendershot told the newspaper. “It was a personal statement all about his experiences growing up poor, and I was literally sitting in a mansion when he showed it to me.” She said she advised the student to be honest and doesn’t know if Singer submitted the essay.

Years before going into the consulting business, Singer was the boys’ basketball coach at Encina High School in Sacramento but got fired in 1988, according to The Sacramento Bee. The school system would not say why at the time, but parents told the newspaper that Singer was abusive toward referees. In the early ’90s, he was an assistant coach for Sacramento State’s men’s basketball team, the Bee reported.

In 1992, Singer started his first admissions-consulting business in Sacramento, Future Stars College and Career Counseling. According to prosecutors, he started another such business in 2007, called the Edge College & Career Network, also known as The Key. Around 2012, he moved to the affluent Southern California community of Newport Beach and created The Key Worldwide Foundation, a purported charity granted tax-exempt status by the IRS in 2013. FILE – In this Sept. 17, 2018 file photo, Felicity Huffman, left, and William H. Macy arrive at the 70th Primetime Emmy Awards in Los Angeles. Huffman and Lori Loughlin were charged along with nearly 50 other people Tuesday, March 12, 2019, in a scheme in which wealthy parents bribed college coaches and insiders at testing centers to help get their children into some of the most elite schools in the country, federal prosecutors said. Court papers said a cooperating witness met with Huffman and Macy, at their Los Angeles home and explained the scam to them. The cooperator told investigators that Huffman and her spouse “agreed to the plan.” (Photo by Jordan Strauss/Invision/AP, File)

Singer’s Crimes Had Cast a Negative Light on the Industry

Federal prosecutors said he used the foundation to funnel bribe money from parents to colleges. Parents made big “donations” to the charity, and Singer disguised the payments as charitable contributions so that his clients could deduct them on their income taxes.

Singer received $25 million in all to bribe college athletic coaches and others, prosecutors said.

Since Key Worldwide Foundation was established in 2013, its revenues doubled each year, from $451,600 in its first year to $3.7 million in 2016, according to its nonprofit tax filings. The foundation claimed in that four-year span to have given out about $2 million in grants, namely to university athletics, including the University of Southern California’s water polo and soccer programs and Georgetown tennis.

The address of the foundation was the same as Singer’s $2.6 million Newport Beach home, a five-bedroom house surrounded by well-manicured gardens and potted lemon trees. The house was listed for sale a few weeks ago.

Neighbor Caren Darrow said Singer told her he was moving just last week, packed up and left soon after. She said Singer was friendly and encouraged her son, a high school basketball player, to apply himself in school and sports. She said she knew that he worked to help student athletes get into college, but not much more.

“It’s shocking, disappointing,” said her husband, Brian Darrow, “but you know, sometimes people get wrapped up in the wrong thing.”

Amott and other education professionals said Singer’s crimes had cast a negative light on the industry.

“He’s not an education consultant. He’s a charlatan,” said Arun Ponnusamy, chief academic officer at Collegewise, a company that helps students with their applications. “He was completely a con man.”

Beto O’Rourke Wants to Be Your Favorite GOP Democrat