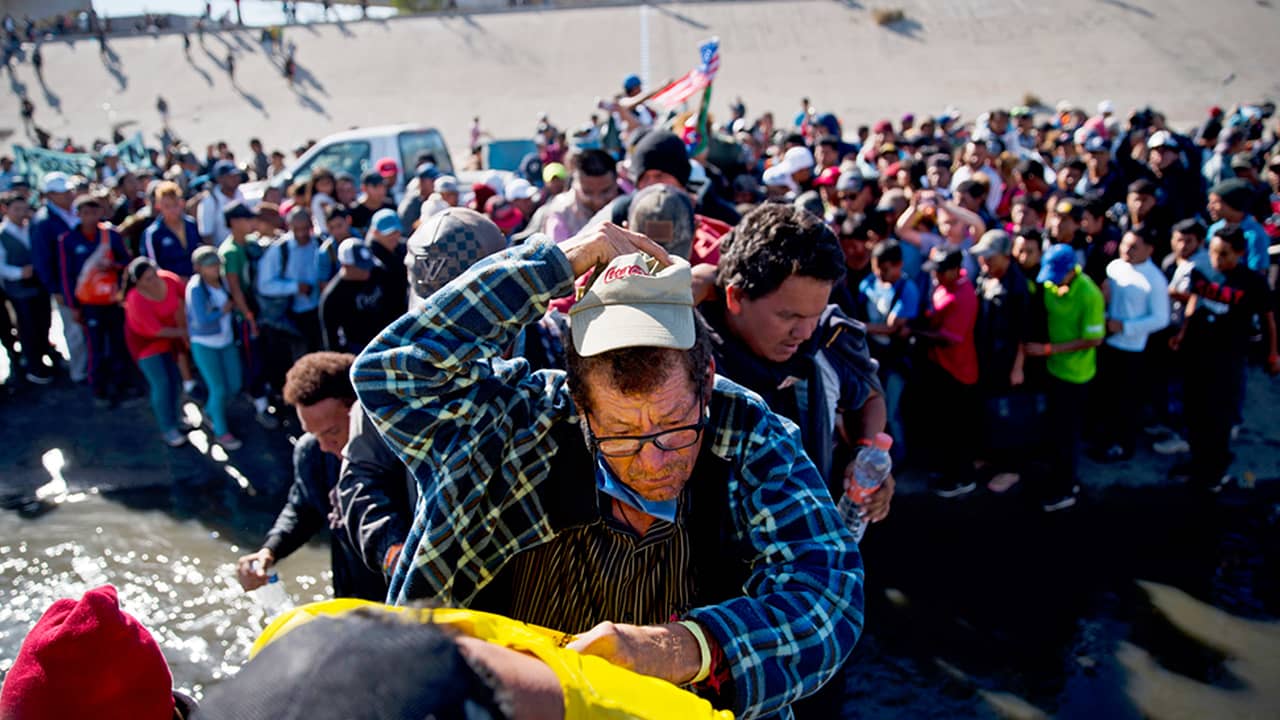 Dossiers that included photos from their passports or social media accounts, date of birth and other details were kept in a database and some freelance journalists had alerts placed on their passports and were flagged for secondary screenings at customs points, the station KNSD-TV said.

One freelance photojournalist was denied entry to Mexico for reasons that were never stated, the station reported.

The documents, in the form of dossiers and screenshots, were provided to NBC 7 Investigates by a Homeland Security source on the condition of anonymity, the station reported. Those listed as warranting secondary screening included 10 journalists — seven of them U.S. citizens — a U.S. attorney and 47 people from various countries labeled as organizers, instigators or “unknown,” the station said.

The intelligence-gathering efforts were done under the umbrella of “Operation Secure Line,” which was designed to monitor the caravan of thousands of people who began making their way north from Central America late last year to seek asylum in the United States, the source told the TV station.

Routinely Monitored and Investigated by Authorities

A Customs and Border Protection statement sent to The Associated Press on Wednesday said the extra security followed a breach of a border wall in San Diego on Nov. 25 in a violent confrontation between caravan members and border agents. The confrontation closed the nation’s busiest border crossing for five hours on Thanksgiving weekend.

“This is an outrageous violation of the First Amendment. The government cannot use the pretext of the border to target activists critical of its policies, lawyers providing legal representation, or journalists simply doing their jobs.” — Attorney Esha Bhandari

Such “criminal events…involving assaults on law enforcement and a risk to public safety, are routinely monitored and investigated by authorities,” the statement said.

“It is protocol following these incidents to collect evidence that might be needed for future legal actions and to determine if the event was orchestrated.”

The statement didn’t address specifics of why journalists would be on the list to have their passports flagged.

“This is an outrageous violation of the First Amendment,” attorney Esha Bhandari said. “The government cannot use the pretext of the border to target activists critical of its policies, lawyers providing legal representation, or journalists simply doing their jobs.”

The documents, dated Jan. 9, are titled “San Diego Sector Foreign Operations Branch: Migrant Caravan FY-2019, Suspected Organizers, Coordinators, Instigators and Media.” The source said the material was used by agents from the CBP and other agencies, including some San Diego FBI agents.

Two freelance photojournalists confirmed to the station that the information in their dossiers was accurate. Both were pulled in for secondary questioning at border crossings and one, Kitra Cahana, eventually was stopped in Mexico, denied entry and had to fly back to the U.S. They were not told why they were targeted.

One dossier was on Nicole Ramos, the refugee director and attorney for Al Otro Lado, a law center for migrants and refugees in Tijuana, Mexico. It included details such as the kind of car she drives and her mother’s name, KNSD-TV reported.

“The document appears to prove what we have assumed for some time, which is that we are on a law enforcement list designed to retaliate against human rights defenders who work with asylum seekers and who are critical of CBP practices that violate the rights of asylum seekers,” Ramos told the station by email.

Why Birthrates Among Hispanic Americans Have Plummeted