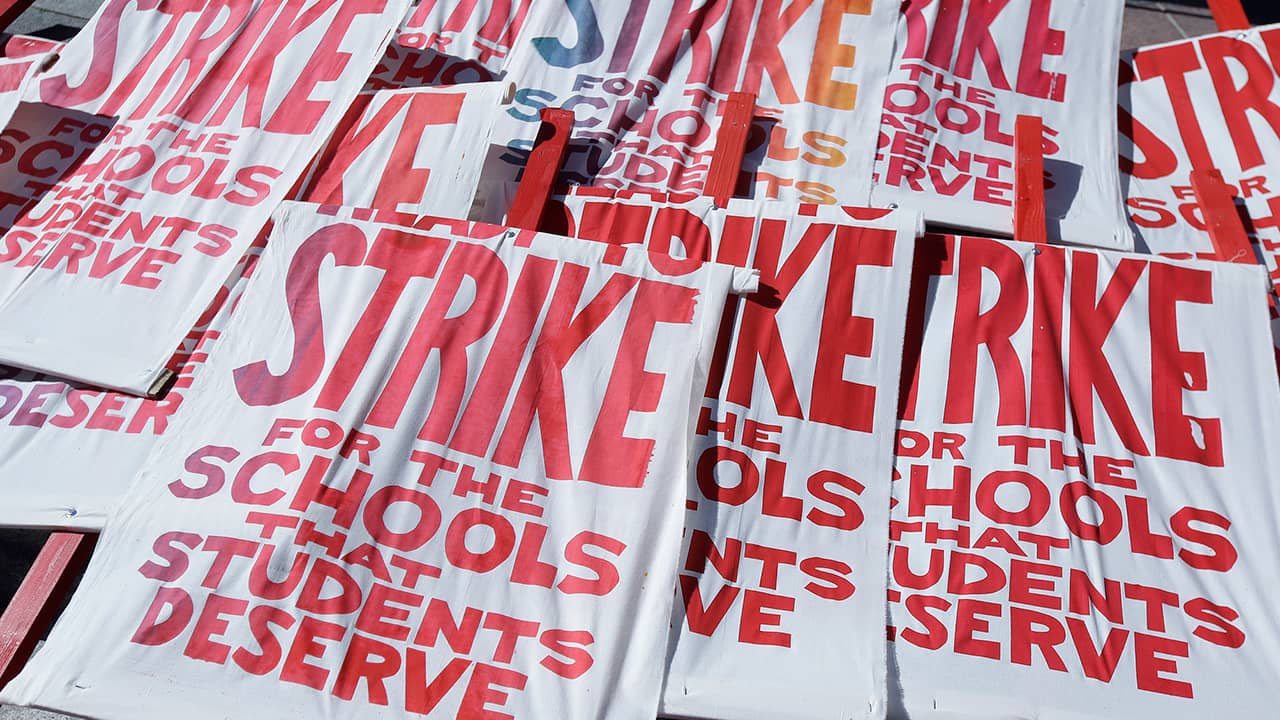 Teachers in Oakland, California, hit the picket lines just as West Virginia teachers went back to class in a kind of coast-to-coast tag-team display of the national teacher unrest that in many places has moved beyond pay to politics, tackling issues like charter schools and vouchers.

The Teachers Have Won Support

“I can’t understand how the Republican leaders thought that this was going to be OK with us,” said Christi Phillips, a first-grade teacher in Mill Creek, West Virginia.
In Oakland, teachers went on strike Thursday seeking a raise, smaller class sizes and the hiring of more full-time nurses and school counselors. The union also has called for the district to scrap plans to close as many as 24 schools that serve primarily African-American and Latino students, fearing further students will be lost to charter schools.
The Los Angeles Unified School District Board of Education last month approved a resolution asking the state to put new charter schools on hold while the state studies their effects, a measure sought by teachers involved in a six-day strike.
The walkout strategy so far has led to successes: In addition to pay raises, teachers in Los Angeles won promises for more counselors and nurses, Denver teachers got a revamped pay scale and Kentucky teachers fought changes to the pension system.

“Even when teachers are not on strike, the potential for their mobilization is having impact,” said UCLA education professor John Rogers, noting that Kentucky lawmakers this week let die a bill to create a funding stream for charter schools. “It’s hard not to make sense of that without thinking that there was some concern about pushback from the teachers union.”
The teachers have won support in part by framing the walkouts as actions in defense of the common good of public education. Experts say it is uncertain whether the public will continue to encourage the disruptions to schools, especially if the actions take on more of a political tone.

Teacher Pay Is Not Seen Through a Partisan Lens

While teacher pay is not seen through a partisan lens, charter schools often are, especially since President Donald Trump’s appointment of choice advocate Betsy DeVos as education secretary, said Michael Hansen, a senior fellow at the Brookings Institute.