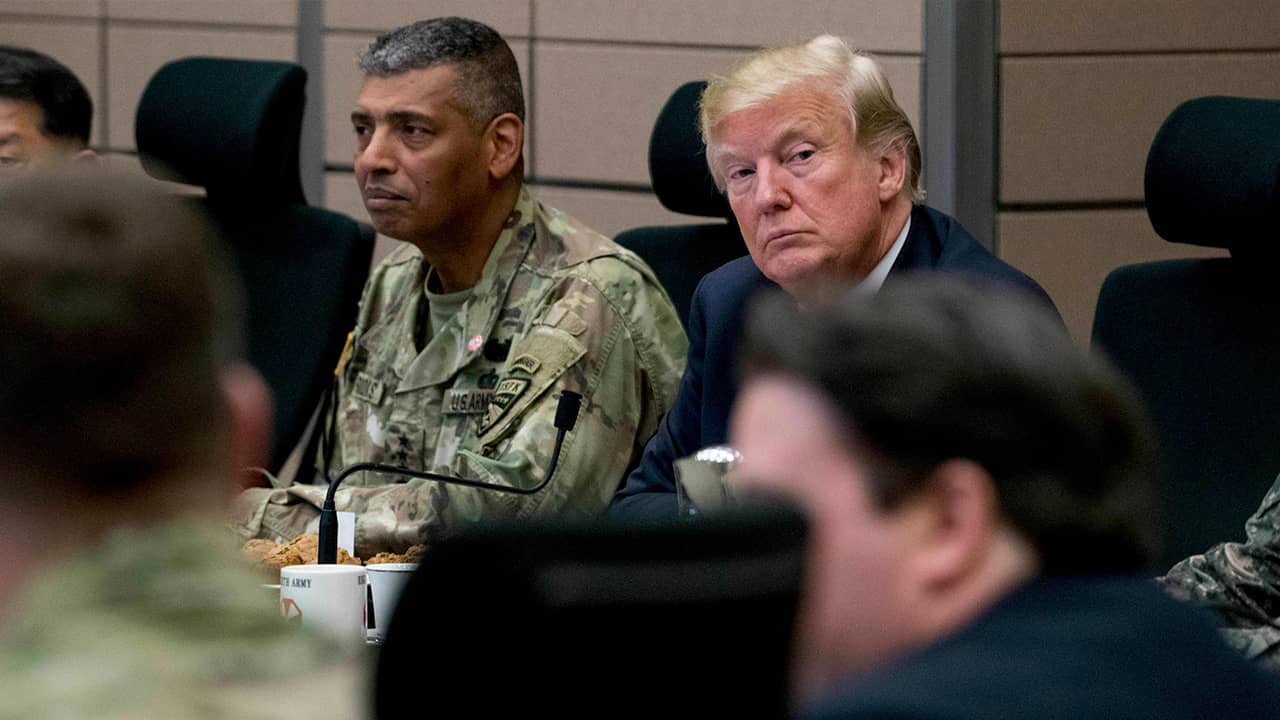 SEOUL, South Korea — As President Donald Trump seeks a nuclear deal with North Korean leader Kim Jong Un next week in Vietnam, some in Seoul are wondering if the fate of Washington’s decades-long military alliance with South Korea could be at stake.
Much of this worry is linked to Trump’s repeated assertions that the U.S. military deployment in South Korea is too costly, and to his surprise suspension of some U.S. military exercises with South Korea — including a major summertime drill — as a concession to Kim after their first summit in Singapore last year. Added to this concern are policies by South Korea’s liberal President Moon Jae-in that critics say favor engagement with North Korea at the expense of the alliance with Washington.
The broader U.S.-South Korean alliance, sealed during the bloodshed of the 1950-53 Korean War, won’t be on the negotiating table during the summit in Hanoi on Feb. 27-28. But some observers say its long-term future could be in doubt and that Trump may eventually withdraw some of the 28,500 U.S. troops deployed in South Korea.
“The Korea-U.S. alliance is seriously ill now,” Kim Taewoo, the former head of the government-funded Korea Institute for National Unification in South Korea, said in a recent speech.
U.S. and South Korean officials maintain that everything is fine.
After agreeing to increase its contribution to the cost of the U.S. military presence this year, South Korea’s Foreign Ministry said last week that Washington insists it has no plans to adjust troop levels. During a phone call with Moon on Tuesday, Trump also said that U.S.-South Korea relations are better than ever, according to Moon’s office.

Defense Officials Are Not Planning Any Troop Reductions

Trump said earlier this month that he had no plans to withdraw troops, but he has previously threatened to pull them from South Korea and Japan if those nations refused to pay more. After the Singapore summit, Trump also told reporters: “I want to bring our soldiers (in South Korea) back home.” While announcing the suspension of a major summertime military drill, Trump called the exercises “very provocative” and “tremendously expensive.”

During the Singapore summit, Kim said he was committed to the “complete denuclearization of the Korean Peninsula,” which has previously meant the North would only denuclearize when the United States withdraws all its troops from South Korea and stops military drills with the South. In December, North Korea’s state media said it would never unilaterally abandon its nuclear program unless Washington first removes its nuclear threat.

On Wednesday in a central Seoul neighborhood, placards that read “Let’s protect the Korea-U.S. alliance, our lifeline, with our lives!” could be seen along with about 20 U.S. and South Korean flags. Nearby, about a dozen people rallied behind a banner calling for Washington not to threaten peace on the Korean Peninsula. “Are we America’s colony?” one participant shouted.

Troop Numbers Have Fallen Over the Decades

Since the war, the U.S. has stationed tens of thousands of troops in South Korea to guard against North Korean attack. Meanwhile, South Korea has grown into an economically prosperous, faithful ally that has taken part in U.S.-led wars in Vietnam, Iraq and elsewhere.