So, Hollywood, Where Is the Oscar Love for Oakland? 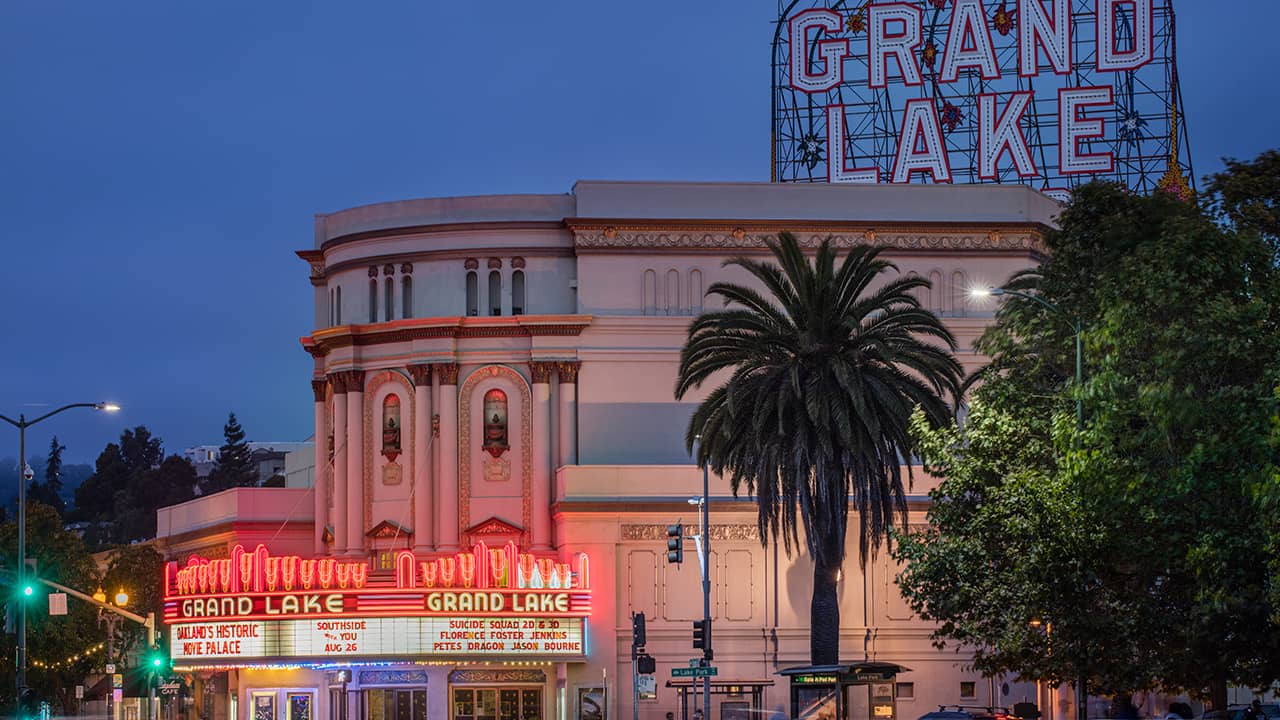 The best California movie scene of recent vintage is the opening of the 2018 film Sorry to Bother You. A man and his girlfriend are getting intimate when his apartment suddenly fills with daylight, making their union visible to the people outside on an Oakland street.


Oakland Gets Its Due in Other Ways

But Black Panther is unlikely to win. The film’s maker, Oakland’s own Ryan Coogler, didn’t get nominated for best director, even though he brought to life the land of Wakanda, which fulfilled Californians’ dreams of a finished and functional high-speed rail system. Coogler was previously snubbed by the Oscars for his brilliant 2013 film Fruitvale Station, about the killing of Oscar Grant by a BART police officer in Oakland.
And the Academy completely overlooked two of the past year’s very best films: Sorry to Bother You, a satire with sci-fi elements (and that great intercourse-gone-awry opening), and Blindspotting, a beautiful buddy film about two troubled young men.
Both movies were set in Oakland and made by Oaklanders, and are about conserving the traditions and neighborhoods that make the place special. To that end, both films cast Oakland as the first line of defense for a world fighting the disruptive power of technologists from the other side of the bay.
In Blindspotting, the main character—played by the film’s own screenwriter, the Oakland-born actor-singer Daveed Diggs—is an ex-con on probation who works as a mover, bringing richer people into his own gentrifying city. Sorry to Bother You, from director Boots Riley, is a very black comedy about a Silicon Valley company using a business model secretly built on slavery and turning humans into animals. Absent a better explanation for its Oscar shutout, I wonder if that plot line cut too close to the bone for Netflix and Amazon, which now fund so much of Hollywood.
Of course, Oakland is getting its due in other ways, since it’s that rare American place still distinctive enough to convey its own message.
In politics, Oakland-born Kamala Harris, who rose through San Francisco’s establishment, tried to seize back some Oaktown cred by kicking off her presidential campaign kick-off at Frank Ogawa Plaza.
In literature, Tommy Orange’s There There, a novel about Native Americans in Oakland, has been winning awards for its portrayal of the city’s diversity.

“Cities form in the same way as galaxies,” Orange writes. “Urban Indians feel at home walking in the shadow of a downtown building. We ride buses, trains, and cars across, over, and under concrete plains. Being Indian has never been about returning to the land. The land is everywhere or nowhere.”


“Cities form in the same way as galaxies. Urban Indians feel at home walking in the shadow of a downtown building. We ride buses, trains, and cars across, over, and under concrete plains. Being Indian has never been about returning to the land. The land is everywhere or nowhere.” — Tommy Orange
In her 1937 book Everybody’s Autobiography, Gertrude Stein lamented, “what was the use of having come from Oakland,” before making her famous (and false) observation that “there is no there there.” The truth is that American culture has long found Oakland useful.
The most honored-star of the past generation, Tom Hanks, still boasts about being from Oakland. Oakland can claim George Stevens, the Oscar-winning director of A Place in The Sun, who grew up in an Oakland theater family, and Clint Eastwood, who was born in San Francisco but grew up in Piedmont and went to Oakland Technical High School. And serious Star Wars fans will tell you that Oakland is the real hometown of both Luke Skywalker (Mark Hamill was born and lived there until moving to San Diego at age 11) and Yoda (Frank Oz, a child immigrant from Europe, was raised there and got his start as a puppeteer at the city’s famed Children’s Fairyland).
After the Oscar snub, Sorry to Bother You director Boots Riley declared he didn’t care about not being nominated. Worrying about what the rest of the world thinks is not a very Oakland thing to do.
But the rest of the world would benefit from seeing more of the cinematic stories emerging from Oakland.

‘The View’ Host Under Fire for Use of Blackface