Trump to Call for Unity, Face Skepticism in State of Union 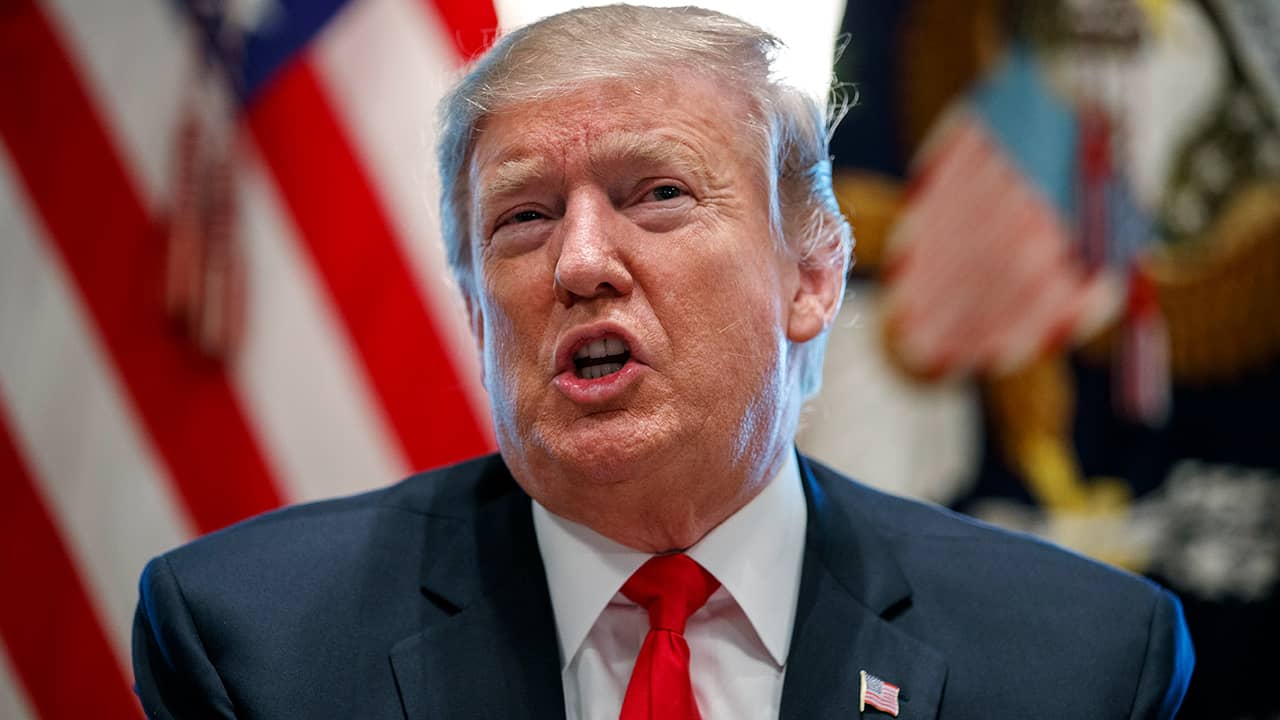 WASHINGTON — The White House says President Donald Trump will call for optimism and unity in his State of the Union address, using the moment to attempt a reset after two years of bitter partisanship and deeply personal attacks.
But will anyone buy it?
Skepticism will emanate from both sides of the aisle when Trump enters the House chamber for the prime-time Tuesday address to lawmakers and the nation. Democrats, emboldened after the midterm elections and the recent shutdown fight, see little evidence of a president willing to compromise. And even the president’s staunchest allies know that bipartisan rhetoric read off a teleprompter is usually undermined by scorching tweets and unpredictable policy maneuvers.
Still, the fact that Trump’s advisers feel a need to try a different approach is a tacit acknowledgment that the president’s standing is weakened as he begins his third year in office.

The shutdown left some Republicans frustrated over his insistence on a border wall, something they warned him the new Democratic House majority would not bend on. Trump’s approval rating during the shutdown dipped to 34 percent, down from 42 percent a month earlier, according to a recent survey conducted by The Associated Press-NORC Center for Public Affairs Research.
White House press secretary Sarah Sanders indicated the president would highlight what he sees as achievements and downplay discord.

Few Signs of Cooperation Between Trump and Democrats

“You’re going to continue see the president push for policies that help continue the economic boom,” Sanders said Monday night while appearing on “Hannity” on Fox News. “You’re also going to see the president call on Congress and say, ‘Look, we can either work together and get great things done or we can fight each other and get nothing done.’ And frankly, the American people deserve better than that.”


“You’re also going to see the president call on Congress and say, ‘Look, we can either work together and get great things done or we can fight each other and get nothing done.’ And frankly, the American people deserve better than that.” — White House press secretary Sarah Sanders
But Washington’s most recent debate offered few signs of cooperation between Trump and Democrats. Under pressure from conservative backers, Trump refused to sign a government funding bill that did not include money for his long-sought border wall. With hundreds of thousands of Americans missing paychecks, Trump ultimately agreed to reopen the government for three weeks to allow negotiations on border security to continue.
With the new Feb. 15 funding deadline looming, Trump is expected to use his address to outline his demands, which still include funding for a wall along the U.S.-Mexico border. He’s teased the possibility of declaring a national emergency to secure wall funding if Congress doesn’t act, though it appeared unlikely he would take that step Tuesday night. Advisers have also been reviewing options to secure some funding without making such a declaration.
“You’ll hear the State of the Union, and then you’ll see what happens right after the State of the Union,” Trump told reporters.
The president’s address marks the first time he is speaking before a Congress that is not fully under Republican control. House Speaker Nancy Pelosi, who won plaudits from Democrats for her hardline negotiating tactics during the shutdown, will be seated behind the president — a visual reminder of Trump’s political opposition.

In a letter Monday night to House Democrats, Pelosi wrote that she hopes “we will hear a commitment from the President on issues that have bipartisan support in the Congress and the Country, such as lowering the price of prescription drugs and rebuilding America’s infrastructure.”
In the audience will be several Democrats running to challenge Trump in 2020, including Sens. Kamala Harris of California, Cory Booker of New Jersey, Elizabeth Warren of Massachusetts and Kirsten Gillibrand of New York.
Another Democratic star, Stacey Abrams, will deliver the party’s response to Trump. Abrams narrowly lost her bid in November to become Georgia’s first black governor, and party leaders are aggressively recruiting her to run for Senate.
Senate Minority Leader Chuck Schumer previewed Democrats’ message for countering Trump, declaring Monday, “The number one reason the state of the union has such woes is the president.”
While White House officials cautioned that Trump’s remarks were still being finalized, the president was expected to use some of his televised address to showcase a growing economy. Despite the shutdown, the U.S. economy added a robust 304,000 jobs in January, marking 100 straight months of job growth. That’s the longest such period on record.


Related Story: The Address That Wasn’t: A State of the Union Quiz

Trump and his top aides have also hinted that he is likely to use the address to announce a major milestone in the fight against the Islamic State group in Syria. Despite the objections of some advisers, Trump announced in December that he was withdrawing U.S. forces in Syria.

Trump: ‘At 99 Percent Right Now’ in Defeating IS

In a weekend interview with CBS, Trump said efforts to defeat the IS group were “at 99 percent right now. We’ll be at 100.”