If the Golden State has a rooting interest in the Super Bowl on Sunday, it won’t just be because the Los Angeles Rams will be on the field. Roughly one player in six on the Rams’ and New England Patriots’ active rosters is a product of California high schools. Year after year, California has churned out top-tier recruits who go on to play football in college and then the NFL. 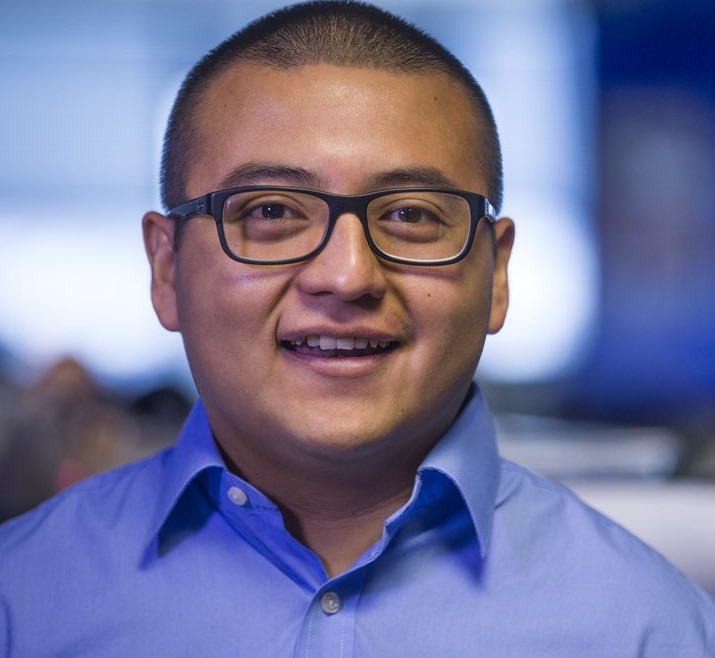 But the state that produced Tom Brady, Jared Goff and Julian Edelman is also in the thick of national trends that are fueling a decline in football participation, largely because of concerns over head injuries and competition from less aggressive sports.

But the state that produced Tom Brady, Jared Goff and Julian Edelman is also in the thick of national trends that are fueling a decline in football participation, largely because of concerns over head injuries and competition from less aggressive sports.

Even parts of the state known to be football powerhouses have experienced significant declines in high-school football participation, a CALmatters analysis of statewide data shows.

Figures from the California Interscholastic Federation, the governing body for high school sports in California, and the National Federation of State High School Associations have shown consistent decreases in the number of high-school students in California turning out for tackle football over the past decade.

In an effort to gain an apples-to-apples comparison of where and how football programs across the state have been impacted by participation declines, CALmatters analyzed data for nearly 800 public and private high schools that submitted 11-player football participation figures to the state in the 2011-12 and 2017-18 school years.

Because not all schools submitted data for both years, and because some programs switched to 8-player football, not every school is represented, but the data do cover most of the 877 high schools tallied by state and national censuses in 2017-18.

In this time span these 800 or so schools—large, small and spread throughout California’s ten CIF “sections,” or regions—saw a nearly 11 percent decline in football participation overall, from about 81,500 participants in 2011 to 72,600 students in 2017.

Participation Has Gone Down Roughly 5 Percent

Those figures more or less concur with estimates by the state governing organization, which reported an approximate 13 percent statewide decline in football over the past decade. Across the country, participation has gone down roughly 5 percent since 2011, the national association reports.

The drop in California has been steeper in some part of the state than in others, the analysis found.

The drop in California has been steeper in some part of the state than in others, the analysis found. The CIF’s small Oakland Section, for instance, has actually gained players. And in the Central Valley, the decline has scarcely registered. The CIF Central Section, home to historically competitive football regions in Fresno and Bakersfield, saw almost no drop in participation. The 83 schools in the region that submitted data for both years collectively lost about 100 boys’ athletes, or a decline of about 1 percent.

But in the massive CIF Southern Section—a cohort of hundreds of  schools including nationally known programs and spanning most of the counties in Southern California—roughly one player in seven over the last six years has dropped off the roster.

The data show growth in participation in only a fraction of schools and only a couple of regions. Only about 50 of the nearly 800 schools included in CALmatters’ analysis gained 30 or more football players between 2011 and 2017. But 168 football programs showed losses of 30 players or more. In the most extreme examples, the decline essentially halved some schools’ rosters:

The Declines Have Had a Pronounced Impact on Some Programs

So far, the decline hasn’t jeopardized California’s standing as a dominant pipeline for collegiate and professional football. Only a fraction of high school players ever get recruited to play in college, let alone the pros. And football still is the most popular boy’s sport in California, which is the nation’s most populous state.

“We do not consider them quitters at all. Friday night lights is very much a big part of the community.” — Principal Bill Halliday told CALmatters

However, it comes amid a tense and highly publicized debate in the state over the safety of the sport, with legislators last year unsuccessfully pushing a bill last year to ban youth tackle football for children under age 12. Though the authors of that bill appear to have backed off this year, new legislation backed by youth football advocates would limit contact time for youth programs.

Roger Pielke Jr., director at the Sports Governance Center at University of Colorado, said that while “football is in a relatively healthy condition,” the numbers in California and nationally point to signs that “we in the United States are past peak football.”

“It’s undeniable at this point that there’s been a decline in this sport,” Pielke said, adding that youth and high school participation indicate “at a minimum, a slow attrition.”

The declines have had a pronounced impact on some programs, including Healdsburg High School in Sonoma County, which made headlines last year when the varsity team cancelled its season due to low numbers.

“We do not consider them quitters at all,” Principal Bill Halliday told CALmatters in September, adding that in Healdsburg, “Friday night lights is very much a big part of the community.”

But having only 18 players to field meant that many kids had to play offense, defense and special teams throughout entire games. After the second game of the season, players met and voted whether to continue—a particularly heartbreaking choice for seniors in their final season.

“Their parents could feel the pain of their sons, and it pains them,” Halliday said. “It was not easy for anybody.” But, he added, “We think that they very much made a decision and perceived correctly that the situation wasn’t sustainable,” Halliday said.

Football Lovers Have Gotten Creative on Other Fronts

Weed High School, about 70 miles north of Redding, was among the programs that made the switch, in part because of low participation and declining enrollment that allowed it to meet the state’s threshold for 8-player schools, said Steve Neel, the school’s athletic director.

Weed’s programs fielded 28 boys for 11-player football in 2011, according to state data, and had gone down to 18 players by 2017, when the Weed Cougars competed in an 8-player league.

“We just really felt for us to compete and for the safety of our kids that it was important to move 8-man,” Neel said.

The switch paid off, Neel said. The school was more competitive in an 8-player league and there were fewer injuries. In past years, the school had to fold teams because of low numbers.

Weed will again play in an 11-player league this fall in part because of a student enrollment hike that bumps it out of 8-player eligibility, Neel said, though the varsity roster is projected to field only 13 players. But at least, he added, the school still has a program.

“I thought we might in some respects have a chance to lose football at Weed High School,” Neel said.

And football lovers have gotten creative on other fronts. Last year, Democratic Assemblymembers Kevin McCarty of Sacramento and Lorena Gonzalez of San Diego introduced Assembly Bill 2801, which would have barred students from playing tackle football until high school.

The Trend Is What It Is, With or Without Legislation

Believing the legislation went too far, youth football supporters formed a grassroots coalition, called the California Youth Football Alliance, and mounted a successful social media campaign to oppose the bill. Eventually AB 2108 was pulled by McCarty and Gonzalez before being heard in a committee.

“The California Youth Football Alliance came to me, they understand there are risks with playing football, and they asked that it be regulated. They want to make sure it’s safe for their children.” — Assemblyman Jim Cooper

This year, a representative for Gonzalez said the Assemblywoman had no plans to introduce similar legislation, and McCarty said this week that he is “exploring the issue once again, but no definitive answer yet.”

Meanwhile, Assemblyman Jim Cooper, a Democrat from Elk Grove, introduced AB 1 this session, which would limit youth football programs to two full-contact practices per week at a cap of 60 minutes per day, as well as ban full-contact during the offseason. Those regulations are similar to recent ones the state enacted on high schools.

“The California Youth Football Alliance came to me, they understand there are risks with playing football, and they asked that it be regulated.” Cooper said. “They want to make sure it’s safe for their children.”

Cooper said the bill represents a “good medium” for making the sport safer for the state’s youngest students. “It doesn’t have to be either or.”

Still, the trend is what it is, with or without legislation, said McCarty.

“But more importantly, parents see the risks and are voting with their feet.”