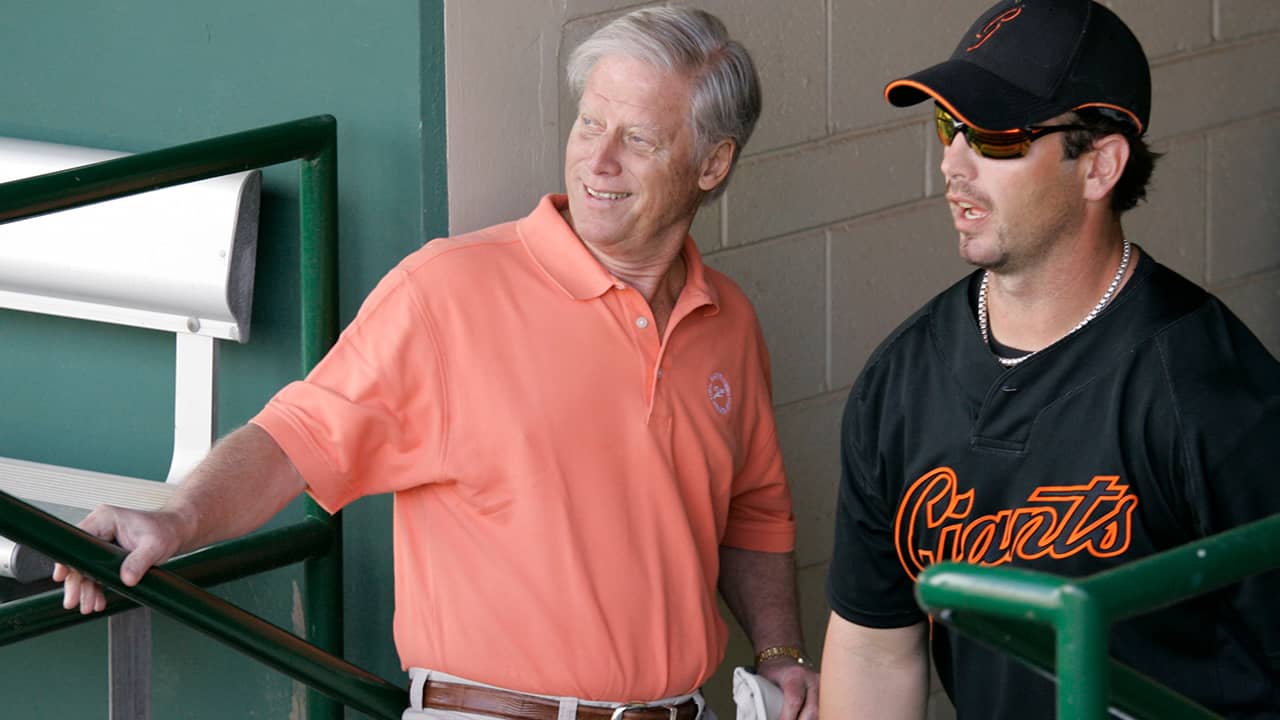 SAN FRANCISCO — Peter Magowan, the lifelong Giants fan who formed the ownership group that kept the team in San Francisco with a sparkling waterfront ballpark, died Sunday after a battle with cancer. He was 76.

Magowan Did Significant Work in the Community

Magowan stepped down following the 2008 season but had put in place the management team that helped bring San Francisco its first World Series title in 2010, followed by championships in 2012 and ’14.

Magowan Will Be Added to the Wall of Fame on Feb. 9

Magowan also revered the rich history of the franchise he started following as a child, signing Hall of Famer Willie Mays to a lifetime contract and bringing back Hall of Famers Willie McCovey and Orlando Cepeda to the organization to serve as special advisers. In 2008, he established the Giants Wall of Fame, which serves as a tribute to the organization’s greatest players of the San Francisco era.
Magowan will be added to the Wall of Fame on Feb. 9.
“Peter Magowan has been a part of my life for a long, long time, first as a fan watching me play in New York and then, remaining a fan when we moved to San Francisco,” Mays said. “Along the way, he became my friend. Peter would call me often to check in. He and Debby cared about me and it was so easy to care about them in return. It’s hard to find the right words just now, but in losing Peter, I’ve lost a great, great friend. He was like my godfather. No one can replace him.”
He is survived by wife Debby, five children and 12 grandchildren.
“Our family lost a great man today,” the family said in a statement. “We all know how much Peter loved his Giants and San Francisco, and he had that same love and passion for his family. He was so proud of his children and grandchildren, and we will forever cherish the memories we made together.”