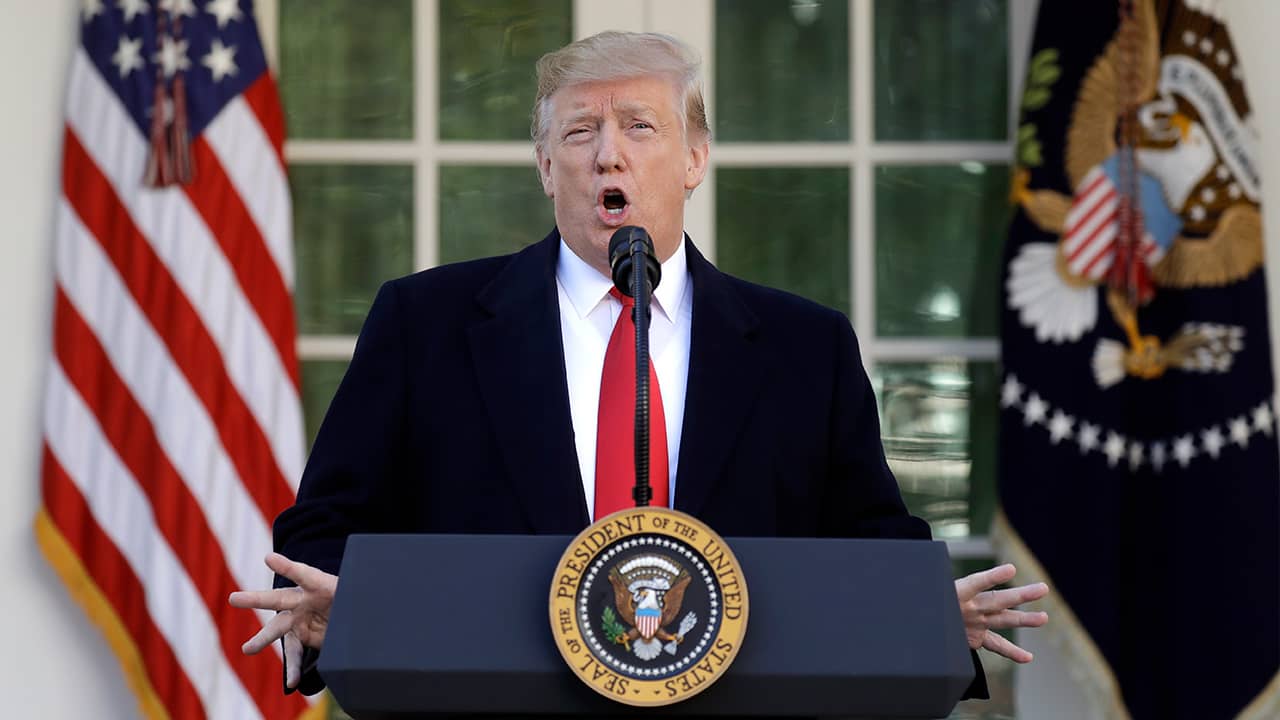 After saying for weeks that he would not reopen the government without border wall money, Trump said he would soon sign a bill to re-open the government through Feb. 15 without additional money for his signature campaign promise. He said that a bipartisan committee of lawmakers would be formed to consider border spending before the new deadline.
“They are willing to put partisanship aside, I think, and put the security of the American people first,” Trump said. He asserted that “barrier or walls will be an important part of the solution.”
But he hinted that he was still considering taking unilateral action if efforts to come up with money for his wall fail. “I have a very powerful alternative, but I didn’t want to use it at this time,” he said.

Overnight and into Friday, at least five Republican senators had been calling Trump, urging him to reopen the government and have the Senate consider his request for border wall money through regular legislation, according to a person familiar with the situation who was not authorized to discuss the private talks publicly.
The breakthrough came as LaGuardia Airport in New York and Newark Liberty International Airport in New Jersey both experienced at least 90-minute delays in takeoffs Friday due to the shutdown. And the world’s busiest airport — Hartsfield-Jackson Atlanta International Airport — was experiencing long security wait times, a warning sign the week before it expects 150,000 out-of-town visitors for the Super Bowl.
Trump and the Democrats in Congress had remained at odds over his demand that any compromise include money for his coveted border wall.

The standoff became so severe that, as the Senate opened with prayer, Chaplain Barry Black called on high powers in the “hour of national turmoil” to help senators do “what is right.”
Senators were talking with increased urgency after Thursday’s defeat of competing proposals from Trump and the Democrats. The bipartisan talks provided a glimmer of hope that some agreement could be reached to halt the longest-ever closure of federal agencies, at least temporarily.
“There are discussions on the Senate side,” House Speaker Nancy Pelosi told reporters Friday morning as she entered the Capitol. “We are in touch with them.” Asked about Trump’s demands for border security measures as part of a bill temporarily reopening government, Pelosi said, “One step at a time.” 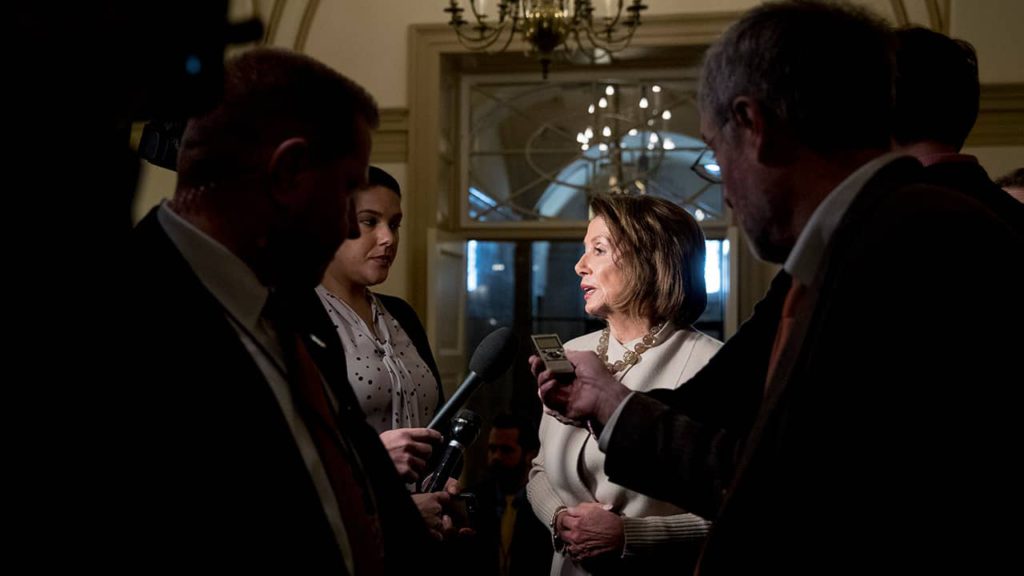 House Speaker Nancy Pelosi of Calif. speaks to members of the media as she arrives on Capitol Hill in Washington, Friday, Jan. 25, 2019. (AP Photo/Andrew Harnik)

Pelosi was referring to a meeting Thursday between Senate Majority Leader Mitch McConnell, R-Ky., and Minority Leader Chuck Schumer, D-N.Y., to explore next steps for solving the vitriolic stalemate.
Pressure has been building among both parties to reopen agencies immediately and pay hundreds of thousands of beleaguered federal workers while bargainers hunt for a deal.
Monday is the start of federal tax filing season. But fewer than half of the furloughed IRS employees recalled during the shutdown to handle tax returns and send out refunds reported for work as of Tuesday, according to congressional and government aides. The employees had been told to work without pay.
At the White House Thursday, Trump told reporters he’d support “a reasonable agreement” to reopen the government. He suggested he’d also want a “prorated down payment” for his long-sought border wall with Mexico but didn’t describe the term. He said he has “other alternatives” for getting wall money, an apparent reference to his disputed claim that he could declare a national emergency and fund the wall’s construction using other programs in the federal budget.

Contributing to the pressure on lawmakers to find a solution was the harsh reality confronting 800,000 federal workers, who on Friday faced a second two-week payday with no paychecks.
In an embarrassment to Trump, a Democratic proposal to end the shutdown got two more votes in the Senate on Thursday than a GOP plan, even though Republicans control the chamber 53-47. Six Republicans backed the Democratic plan, including freshman Sen. Mitt Romney, R-Utah, who’s clashed periodically with the president.
The Senate first rejected a Republican plan reopening the government through September and giving Trump the $5.7 billion he’s demanded for building segments of that wall, a project that he’d long promised Mexico would finance. The 50-47 vote for the measure fell 10 shy of the 60 votes needed to succeed.
Minutes later, senators voted 52-44 for a Democratic alternative that sought to open padlocked agencies through Feb. 8 with no wall money. That was eight votes short. It was aimed at giving bargainers time to seek an accord while getting paychecks to government workers who are either working without pay or being forced to stay home.
Thursday’s votes came after Vice President Mike Pence lunched privately with restive GOP senators, who told him they were itching for the standoff to end, participants said. Sen. Roy Blunt, R-Mo., said their message to Pence was, “Find a way forward.”
Throughout, the two sides issued mutually exclusive demands that have blocked negotiations from even starting: Trump has refused to reopen government until Congress gives him the wall money, and congressional Democrats have rejected bargaining until he reopens government.