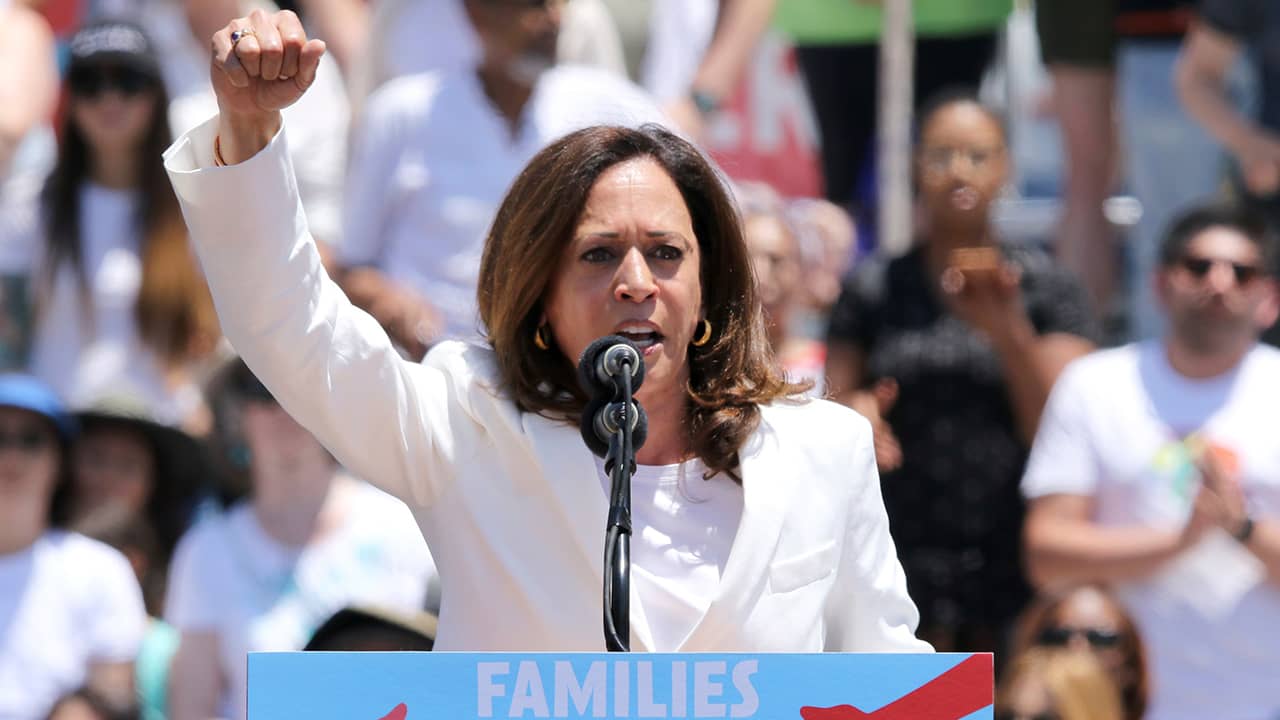 At This Stage There Are No Democratic Frontrunners

“The thing about Dr. King that always inspired me is that he was aspirational, like our country is aspirational,” Harris said, hinting at her strategy for winning the Democratic nomination. It’s predicated on doing well in Southern state primaries early next year, setting the stage for what she hopes would be a big win in California’s March primary.
She’ll begin down that path on Friday in South Carolina by attending a gala event hosted by a local chapter of Alpha Kappa Alpha, the first college sorority founded by African Americans, which Harris joined as a student at Howard University. South Carolina will hold the fourth 2020 primary and black voters are an especially influential bloc in that state.

Is it a winning strategy?
At this stage of the game there are no Democratic frontrunners, but Harris is better positioned than most contenders to claim one of the pole positions, thanks to her telegenic persona and her laser-like focus on grabbing media attention – very much on display during the confirmation hearings for Supreme Court nominee Brett Kavanaugh.
Name identification – having some sort of image that triggers a positive response when pollsters make their calls – is the game now and she does fairly well in that regard.

Harris Must Navigate a Political Minefield to Have a Realistic Chance

None of this has anything to do with her qualifications for the presidency, of course, such as knowledge and experience in foreign affairs, economic issues and other weighty matters. The qualification bar has been slipping for decades – witness Trump’s election in 2016 – and she’s no less qualified than most of those who see themselves as presidential material, even though she’s done nothing of note as a first-term senator.