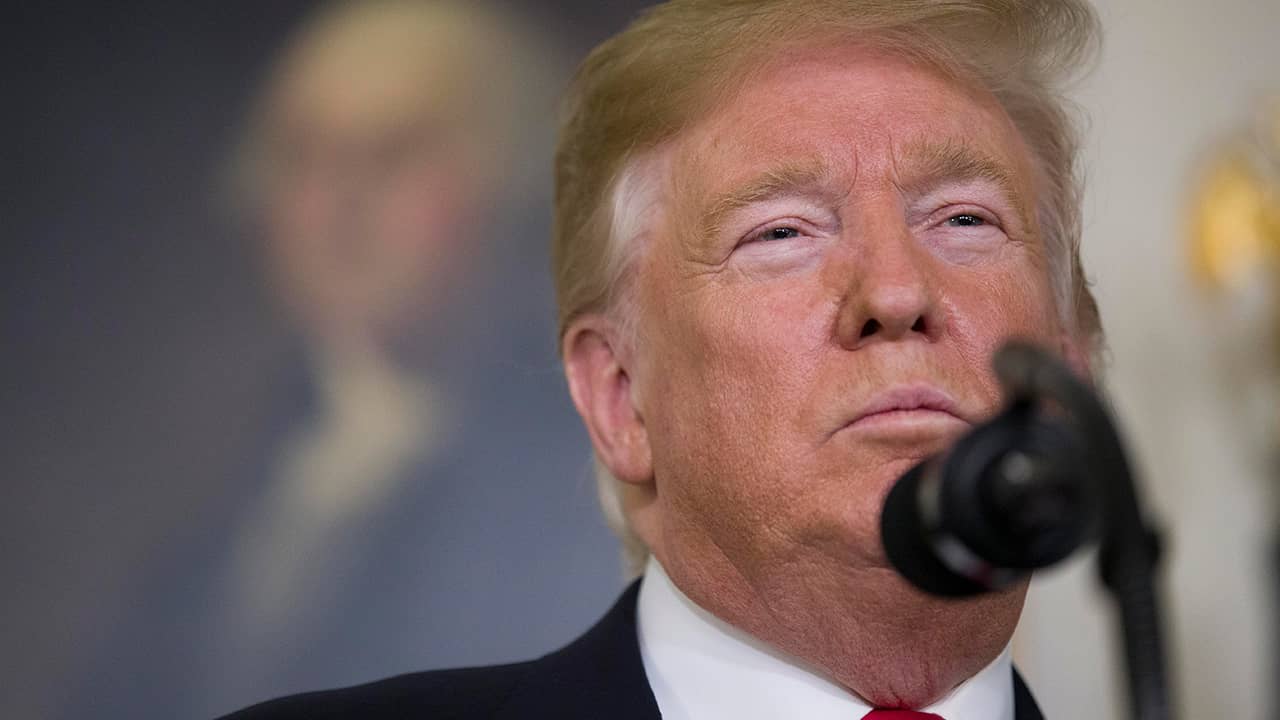 WASHINGTON — President Donald Trump’s proposal to reopen the government, with immigration provisions Democrats denounce as inadequate, is headed for Senate action, its prospects uncertain.
Senate Majority Leader Mitch McConnell will try to muscle through the 1,300-page spending measure, which includes $5.7 billion to fund Trump’s proposed wall along the U.S.-Mexico border, the sticking point in the standoff between Trump and Democrats that has led to a partial government shutdown now in its 32nd day.
Meanwhile, another missed paycheck looms for hundreds of thousands of federal workers and Democrats say they won’t negotiate border funding while the shutdown continues.
Senate Republicans late Monday unveiled the legislation, dubbed the “End The Shutdown And Secure The Border Act,” but its passage this week is by no means certain.
As drafted, the bill is a nonstarter with Democrats but McConnell appears hopeful that is could be a starting point for negotiations since it embraces ideas such as help for so-called “Dreamer” immigrants. McConnell has been adamant that he’ll only take up legislation that Trump will sign.

No Democrat Has Publicly Expressed Support for the Proposal

White House spokesman Hogan Gidley, asked by Fox News Tuesday whether Trump has given McConnell his word that he will sign the legislation if it clears both houses of Congress: “Well that’s a big if. We don’t know what the final bill would look like. But the president has been clear about what he wants.” House Speaker Nancy Pelosi of Calif., center, smiles as she helps give out food at World Central Kitchen, the not-for-profit organization started by Chef Jose Andres, Tuesday, Jan. 22, 2019, in Washington. The organization devoted to providing meals in the wake of natural disasters, has set up a distribution center just blocks from the U.S. Capitol building to assist those affected by the government shutdown. (AP Photo/Andrew Harnik)

In exchange for $5.7 billion for Trump’s wall, the legislation would extend temporary protections against deportation to around 700,000 immigrants covered by the Deferred Action for Childhood Arrivals program, or DACA. Trump has tried dismantling the Obama-era program, which covers people who arrived in the U.S. illegally as children, but has been blocked by federal lawsuits.
That figure is substantially lower than the 1.8 million people Trump proposed protecting a year ago, which included people potentially eligible for DACA protections but who’d not applied for them. In addition, Trump’s 2018 proposal included other immigration changes and $25 billion to pay the full costs of building his wall. His measure was among several the Senate rejected last February.
The new Senate bill would provide three more years of temporary protections against deportation to around 325,000 immigrants in the U.S. who have fled countries racked by natural disasters or violent conflicts. Trump has ended that program, called Temporary Protected Status, for El Salvador, which has the most holders of the protected status, as well as for Honduras, Nicaragua and several other countries.
Another part of McConnell’s bill would tighten restrictions on minors from El Salvador, Guatemala and Honduras seeking asylum in the U.S. It was already drawing condemnation from Democrats and immigration advocates.
The proposal would require asylum seekers under age 18 from those countries to apply for that status at special facilities in Central America, not at the U.S. border; let no more than 15,000 receive asylum annually; and bar them from appealing a decision to the courts.

No Votes Have Been Scheduled on Trump’s Plan

The proposed asylum curbs would be “even more inhumane and un-American than Trump’s disastrous zero-tolerance policy” of prosecuting all migrants entering the U.S. without authorization, said Rep. Diana DeGette, D-Colo. DeGette chairs the House Energy and Commerce oversight subcommittee that is investigating Trump’s now abandoned policy of separating migrant children from their families.

On Tuesday, Trump tweeted that Democrats are playing “political games” and repeated his claims that the wall is a solution to drugs and crime — although the Drug Enforcement Administration says only a small percentage of drugs comes into the country between ports of entry.
“Without a Wall our Country can never have Border or National Security,” Trump tweeted. “With a powerful Wall or Steel Barrier, Crime Rates (and Drugs) will go substantially down all over the U.S. The Dems know this but want to play political games. Must finally be done correctly. No Cave!”

The impact of the government’s longest-ever shutdown continues to ripple across the nation. The longest previous shutdown was 21 days in 1995-96, when Bill Clinton was president.
The Transportation Security Administration said the percentage of its airport screeners missing work hit 10 percent on Sunday, up from 3.1 percent on the comparable Sunday a year ago.
The screeners, who’ve been working without pay, have been citing financial hardship as the reason they can’t report to work. Even so, the agency said it screened 1.78 million passengers Sunday with only 6.9 percent having to wait 15 minutes or longer to get through security.
Related Topics:borderDemocratsgovernmentimmigrationPresident Donald TrumpSenateuncertain
Up Next