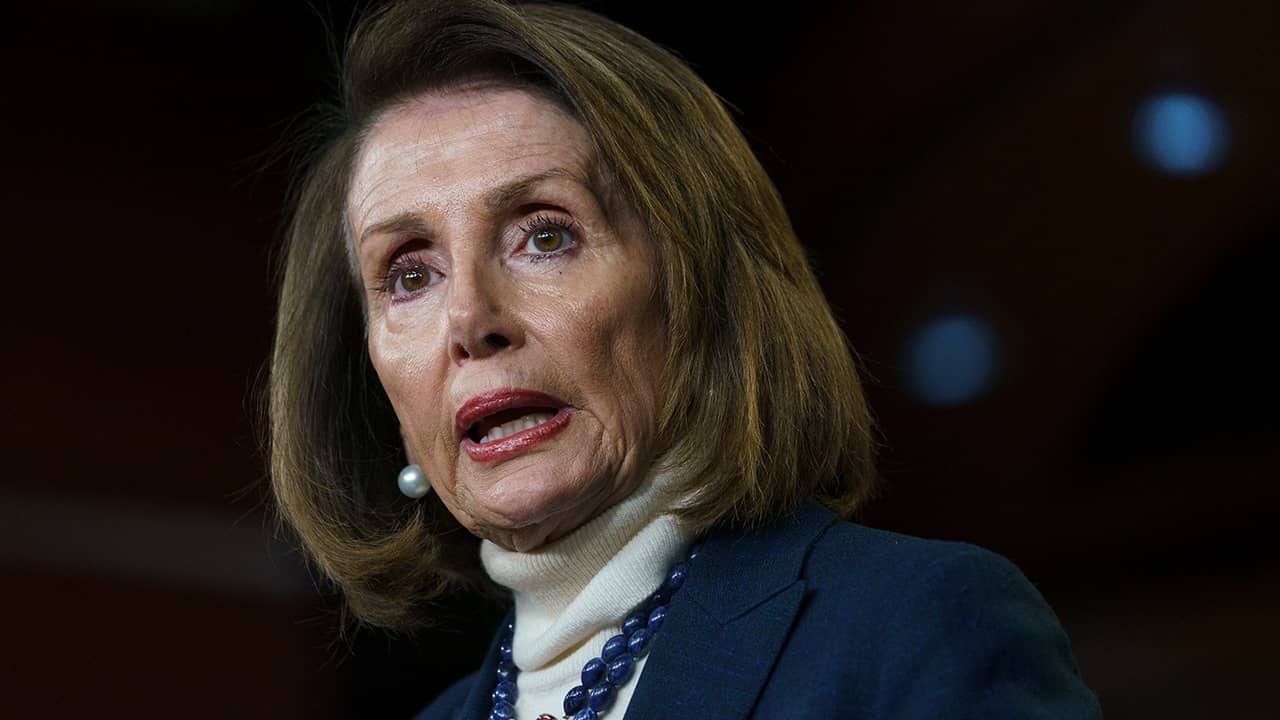 WASHINGTON — House Speaker Nancy Pelosi on Friday canceled her plans to travel by commercial plane to visit U.S. troops in Afghanistan, saying President Donald Trump had caused a security risk by talking about the trip.

Spokesman Drew Hammill said Pelosi and accompanying lawmakers were prepared to take a commercial flight but canceled after the State Department warned that publicity over the visit had “significantly increased the danger to the delegation and to the troops, security, and other officials supporting the trip.”
The White House said it had leaked nothing that would cause a security risk.
The political tit-for-tat between Trump and Pelosi laid bare how the government-wide crisis has devolved into an intensely pointed clash between two leaders determined to prevail. It took place as hundreds of thousands of federal workers go without pay and Washington’s routine protocols — a president’s speech to Congress, a lawmaker’s official trip — become collateral damage.
Denying military aircraft to a senior lawmaker — let alone the speaker, who is second in line to the presidency after the vice president, traveling to a combat region — is very rare.
Hammill said the speaker planned to travel to Afghanistan and Brussels to thank service members and obtain briefings on national security and intelligence “from those on the front lines.” He noted Trump had traveled to Iraq during the shutdown, which began Dec. 22, and said a Republican-led congressional trip also had taken place.
Trump’s trip to Iraq after Christmas was not disclosed in advance for security reasons.

Rep. Adam Schiff of California slammed Trump for revealing the closely held travel plans.
“I think the president’s decision to disclose a trip the speaker’s making to a war zone was completely and utterly irresponsible in every way,” Schiff said.


“I think the president’s decision to disclose a trip the speaker’s making to a war zone was completely and utterly irresponsible in every way.” — Rep. Adam Schiff
Some Republicans expressed frustration. Sen. Lindsey Graham tweeted, “One sophomoric response does not deserve another.” He called Pelosi’s State of the Union move “very irresponsible and blatantly political” but said Trump’s reaction was “also inappropriate.”
There have been few signs of progress in shutdown negotiations. On Thursday, Vice President Mike Pence and senior adviser Jared Kushner dashed to the Capitol late in the day for a meeting with Republican Senate Majority Leader Mitch McConnell. And the State Department instructed all U.S. diplomats in Washington and elsewhere to return to work next week with pay, saying it had found money for their salaries at least temporarily.
White House spokeswoman Sarah Huckabee Sanders said Trump wanted Pelosi to stay in Washington before Tuesday, a deadline to prepare the next round of paychecks for federal workers.

The White House also canceled plans for a presidential delegation to travel to an economic forum in Switzerland next week, citing the shutdown. And they said future congressional trips would be postponed until the shutdown is resolved, though it was not immediately clear if any such travel — which often is not disclosed in advance — was coming up.
Trump has still not said how he will handle Pelosi’s attempt to have him postpone his State of the Union address until the government is reopened so workers can be paid for providing security for the grand Washington tradition.

Pelosi told reporters earlier Thursday: “Let’s get a date when government is open. Let’s pay the employees. Maybe he thinks it’s OK not to pay people who do work. I don’t.”
Pelosi reiterated she is willing to negotiate money for border security once the government is reopened, but she said Democrats remain opposed to Trump’s long-promised wall.
The shutdown, the longest ever, entered its 28th day on Friday. The previous longest was 21 days in 1995-96, under President Bill Clinton.
In a notice to staff, the State Department said it can pay most of its employees beginning Sunday or Monday for their next pay period. They will not be paid for time worked since the shutdown began until the situation is resolved, said the notice.
The new White House travel ban did not extend to the first family.
About two hours after Trump grounded Pelosi and her delegation, an Air Force-modified Boeing 757 took off from Joint Base Andrews outside Washington with the call sign “Executive One Foxtrot,” reserved for the first family when the president is not traveling with them. It landed just before 7 p.m. at Palm Beach International Airport, less than 2 miles (3 kilometers) from the president’s private club.
A White House spokesperson did not answer questions about the flight.