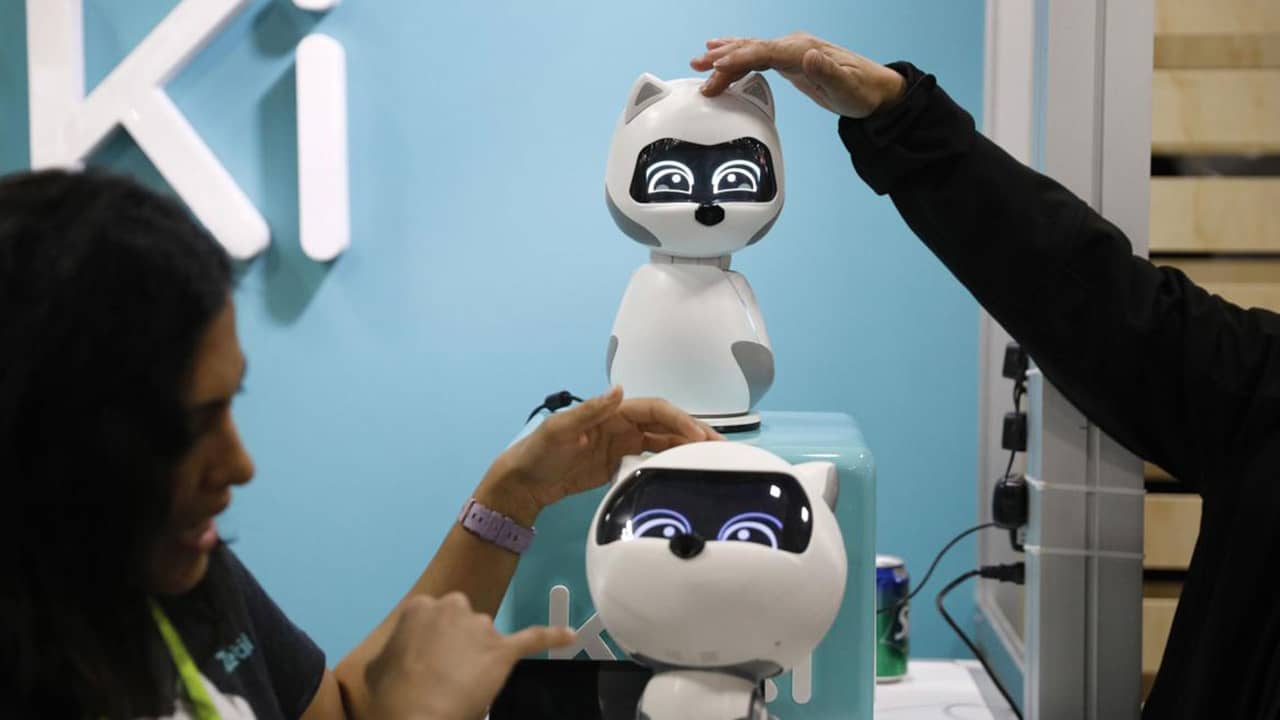 LAS VEGAS — Robots that walk, talk, pour beer and play pingpong have taken over the CES gadget show in Las Vegas again. Just don’t expect to find one in your home any time soon.

There are so many delivery robots at CES that it’s easy to imagine that we’ll all be stumbling over them on the sidewalk — or in the elevator — before long. Zuberi says it’s among the new robot trends with the most promise because the field is drawing on some of the same advances that power self-driving cars.
But it’s hard to tell which — if any — will still be around in a few years.
Segway Robotics, part of the same company that makes electric rental scooters for Lime, Jump and Bird, is the latest to get into the delivery game with a new machine it calls Loomo Delivery. The wheeled office robot can avoid obstacles, board elevators and deliver documents to another floor.
A similar office courier called the Holabot was unveiled by Chinese startup Shenzhen Pudu Technology. CEO Felix Zhang says his company already has a track record selling robots in China, where its Pudubot robot — which looks like shelves on wheels — navigates busy restaurants as a kind of robotic waiter.
Nearly all of these robots use a technology called visual SLAM, short for simultaneous localization and mapping. Most are wheeled, though there are outliers — such as one from German automotive company Continental, which wants to deploy walking robotic dogs to carry packages from self-driving delivery vans to residential front doors.
A delivery robot will need both sophisticated autonomy and a focused mission to stand out from the pack, says Saumil Nanavati, head of business development for Robby Technology. His company’s namesake robot travels down sidewalks as a “store on wheels.” The company recently partnered with PepsiCo to deliver snacks around a California university campus.

Does man’s best friend need a robotic pal of its own? Some startups think so.

Samsung is coming out with a robot that can keep its eye on grandparents.
The rolling robot can talk and has two digital eyes on a black screen. It’s designed to track the medicines seniors take, measure blood pressure and call 911 if it detects a fall.
Samsung didn’t say when Samsung Bot Care would be available, but some startups are putting similar ideas in action. Israeli company Intuition Robotics used CES to announce the upcoming commercial launch of ElliQ, a robotic voice assistant that can sit on end tables and help older adults communicate with family members without having to fiddle with a computer.

Lovot is a simple robot with just one aim — to make its owner happy.
It can’t carry on long conversations, but it’s still social — approaching people so they can interact, moving around a space to create a digital map, responding to being embraced.
Lovot’s horn-shaped antenna — featuring a 360-degree camera — recognizes its surroundings and detects the direction of sound and voices.
Lovot is the brainchild of Groove X CEO Kaname Hayashi, who previously worked on SoftBank’s Pepper, a humanoid robot that briefly appeared in a few U.S. shopping malls two years ago. Hayashi wanted to create a real connection between people and robots.
“This is just supporting your heart, our motivation,” he says.

Judge Proposes Ordering PG&E to Shut Off Power for Wildfires