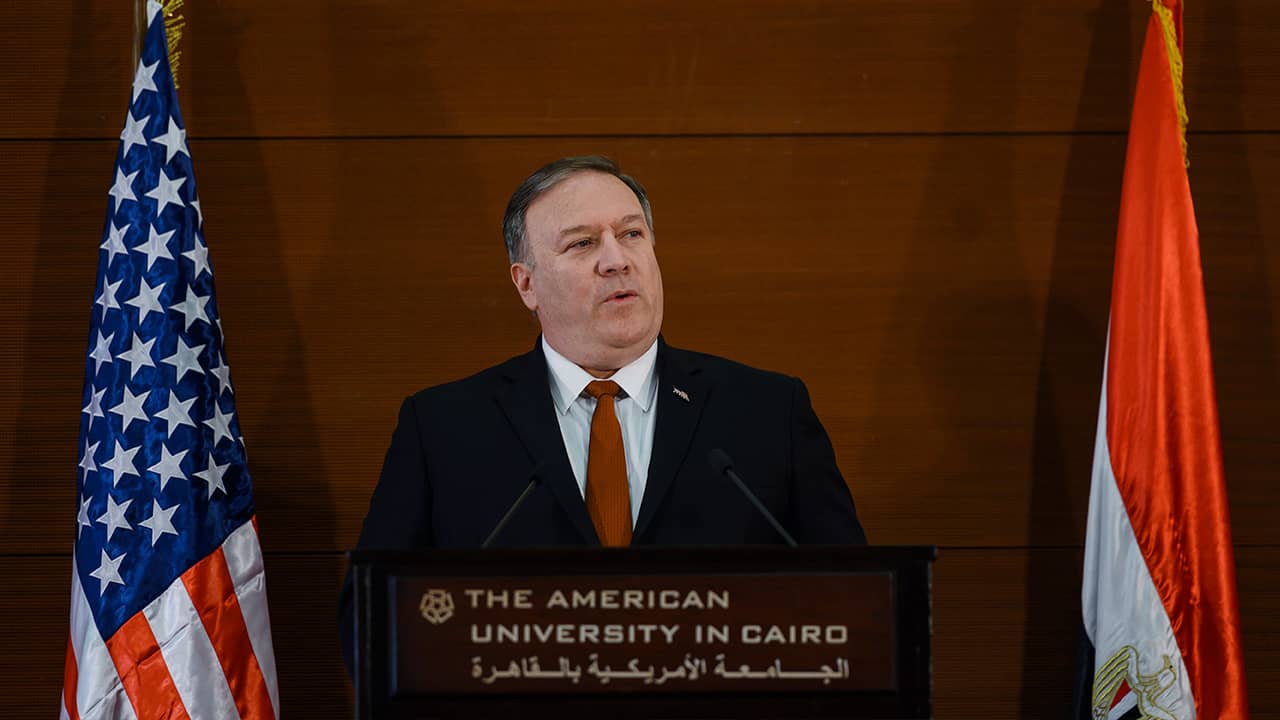 CAIRO — U.S. Secretary of State Mike Pompeo delivered a scathing rebuke of the Obama administration’s Mideast policies on Thursday, accusing the former president of “misguided” and “wishful” thinking that diminished America’s role in the region, harmed its longtime friends and emboldened its main foe: Iran.

Former Obama administration officials rejected Pompeo’s assertions as petty, political and weak. They said the speech pandered to authoritarian leaders and ignored rights violations that Obama had called out.
“That this administration feels the need, nearly a decade later, to take potshots at an effort to identify common ground between the Arab world and the West speaks not only to the Trump administration’s pettiness but also to its lack of a strategic vision for America’s role in the region and its abdication of America’s values,” National Security Action group, a group of former officials, said in a statement.
Rob Malley, who was Obama’s national security council director for the Middle East and is now at the International Crisis Group, said hearing Pompeo’s speech was like “like listening to someone from a parallel universe” in which the region’s shortcomings were ignored.
“In that parallel universe, the Arab public probably will receive it enthusiastically,” he said. “Back on planet earth, they will see it for what it is: a self-congratulatory, delusional depiction of the Trump administration’s Middle East policy.”
Pompeo blamed the previous administration’s approach to the Mideast for the ills that consume it now, particularly the rise of the Islamic State group in Iraq and Syria and Iran’s increasing assertiveness, which he said was a direct result of sanctions relief, since rescinded by the Trump administration, granted to it under the 2015 nuclear deal.
He said Obama ignored the growth of the Iranian-backed Hezbollah movement in Lebanon to the detriment of Israel’s security and not doing enough to push back on Iran-supported rebels in Yemen.
Since Trump’s election, however, Pompeo claimed this was all changing.

The Administration Has Steadily Ratcheted up Pressure on Tehran

“The good news is this: The age of self-inflicted American shame is over, and so are the policies that produced so much needless suffering,” he said. “Now comes the real ‘new beginning.’ In just 24 months, actually less than two years, the United States under President Trump has reasserted its traditional role as a force for good in this region, because we’ve learned from our mistakes.”