Newsom's First Budget Is $144B. And It Increases 'Rainy Day' Fund. 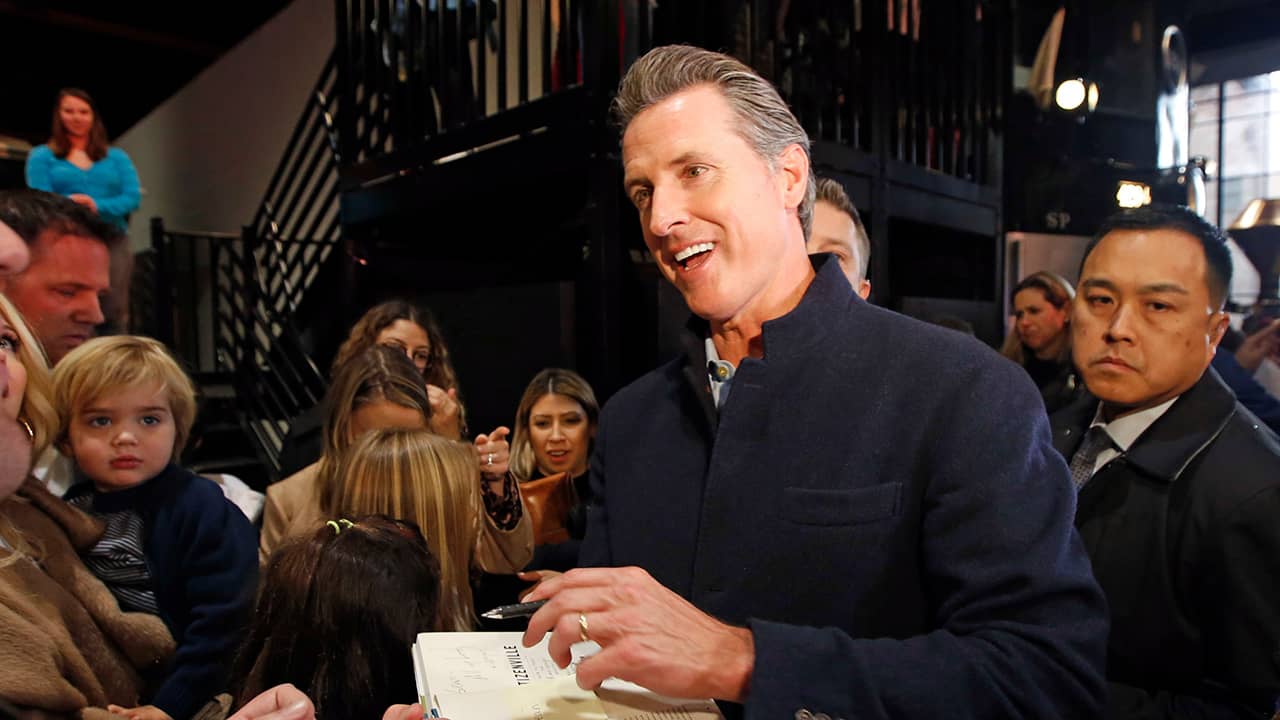 SACRAMENTO — California Gov. Gavin Newsom proposed a $144 billion general fund budget in his first spending plan Thursday, up 4 percent from the current year.
The new governor’s budget includes $13.6 billion to build the state’s reserves and to pay down state debt and its growing pension liability. It’s in keeping with his promise to follow in the fiscally frugal path of his predecessor, termed-out Gov. Jerry Brown.
Like Brown, Newsom said he is girding the state against an inevitable recession.
“This budget lays a strong financial foundation for our state by eliminating debts, expanding the rainy-day fund and paying down our unfunded liabilities,” Newsom said in remarks prepared for his budget address.
You can check the budget out for yourself at this link.

Newsom’s proposal kicks off negotiations with the Legislature. Lawmakers have until June 15 to approve a balanced spending plan or lose pay.
Newsom has already outlined more than $2.5 billion in spending proposals focused on early childhood education and health care. He also plans to ask lawmakers to vastly expand the state’s paid leave program for new parents. He’s framed his budget as a “California for All” agenda that looks to close the gaps between rich and poor.
The Democratic governor is announcing his plans during a time of sustained prosperity in California, which clawed back from a $27 billion deficit following the Great Recession that required deep and painful cuts to education, health care and just about every other service offered.

This year, state revenue has soared since lawmakers and Brown approved a $139 billion budget for the fiscal year that ends June 30.
The nonpartisan legislative analyst projected in November that lawmakers would have a $15 billion surplus to allocate next year on top of $15 billion in the rainy day fund, which is at the maximum allowed under the state Constitution.
Newsom will release his own revenue estimates along with his budget, which could include an even larger surplus if his economic forecasts are rosier. He did not immediately announce his budget surplus.
He promised in his inaugural address Monday that his budget would be bold.
“We will aim high and we will work like hell to get there,” he said.

Among the budget items that Newsom has already outlined are a nearly $2 billion plan to support low-income children, with much of the money earmarked for construction of childcare facilities and kindergarten classrooms.
Taking a page from Brown’s budget playbook, which targets as much new spending as possible on one-time expenditures that don’t carry a long-term cost, Newsom has focused much of his new early childhood spending on construction projects. That will limit the long-term cost of his initiative and help Newsom maintain his pledge to preserve rainy day savings.
He also wants a big boost in funding to provide full-day preschool and kindergarten to all children.
Helping low-income children in the crucial early years of life, when brains are developing rapidly, was a central campaign promise for Newsom, who has four young children and was elected with an overwhelming majority in November.

Newsom has also proposed expanding state-funded health care to low-income people living in the country illegally until their 26th birthday, up from a current cutoff at age 19. He wants to increase subsidies for people who buy their own insurance, rather than getting it from an employer or government program. His health proposals would cost $760 million a year.
And he plans to propose a significant expansion of California’s paid leave program, which allows new parents to receive a portion of their paycheck while away from work following the birth or adoption of a child. Newsom wants to eventually offer six months of leave to be split between the parents, though his initial budget will include a smaller step in that direction.
California currently replaces a portion of wages for six weeks for new parents, and birth mothers can take an additional six weeks of disability leave. The program is funded through a payroll tax. It’s unclear how he’d pay for a full six-month program.

Liberals Dare Trump to Back Their Bills Lowering Drug Prices