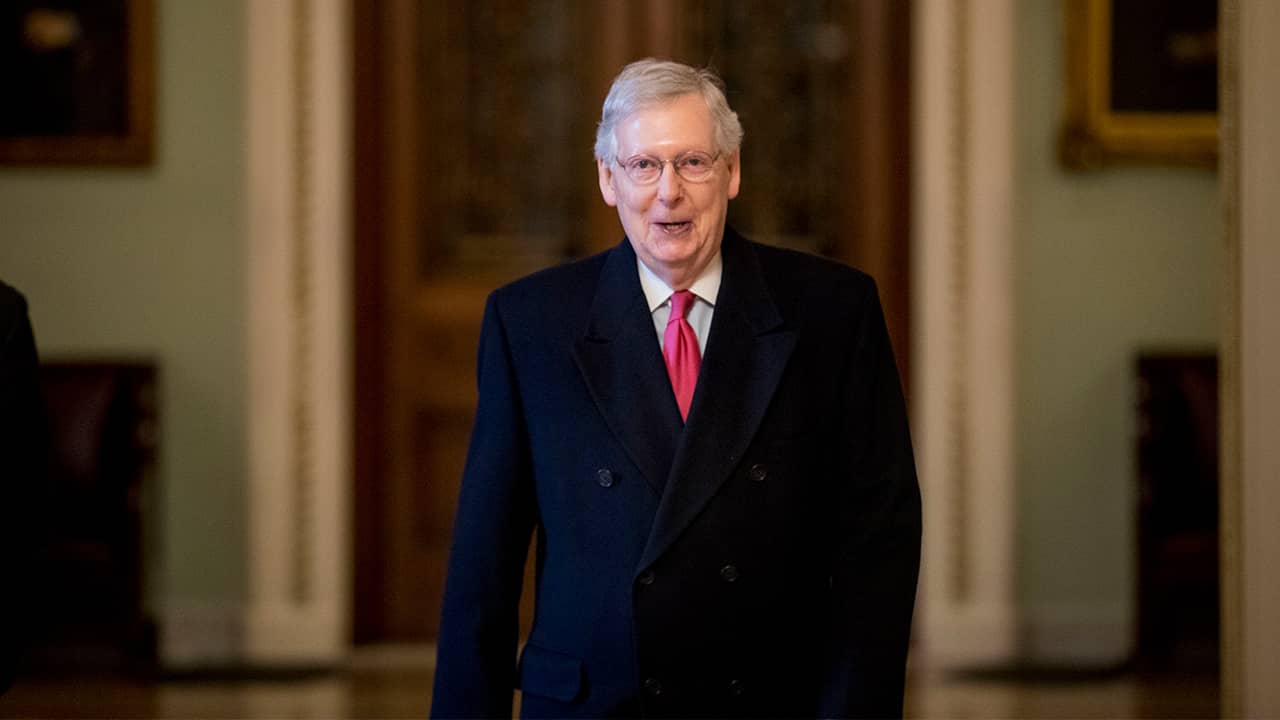 WASHINGTON — Senate Republicans’ first bill of the new Congress aims to insert the legislative branch into President Donald Trump’s Middle East policy — but also tries to drive a wedge between centrist and liberal Democrats over attitudes toward Israel.
Among other provisions, the bipartisan package, backed by Senate Majority Leader Mitch McConnell, R-Ky., would provide $38 billion in security assistance to Israel over 10 years. It had initially drawn widespread support ahead of Tuesday’s planned vote. In addition to supporting Israel, the bill provides aid to Jordan and would slap sanctions on Syrians involved in war crimes. But Democrats are split over the addition of Republican Sen. Marco Rubio’s “Combatting BDS Act,” which seeks to counter the global Boycott, Divest and Sanctions movement against Israel over its treatment of Palestinians and the settlements.
For now, the package will almost certainly stall. The bill comes amid the partial government shutdown, and Democrats say they will block it until government is reopened.
Senate Minority Leader Chuck Schumer will oppose proceeding to the legislation, according to a senior aide who was unauthorized to speak publicly about the vote and spoke on condition of anonymity. Other Democratic senators who also support the bills will likely follow suit.

Sen. Ben Cardin, D-Md., tweeted that the Senate “should not take up any bills unrelated to reopening the government” until the shutdown is resolved.

In support of Israel, Rubio’s bills would affirm the legal authority of state and local governments to restrict contracts and take other actions against those “engaged in BDS conduct.” Several states are facing lawsuits after taking action against workers supporting BDS boycotts of Israel.
Opponents say Rubio’s measure infringes on free speech. Sen. Bernie Sanders, I-Vt., tweeted, “It’s absurd that the first bill during the shutdown is legislation which punishes Americans who exercise their constitutional right to engage in political activity. Democrats must block consideration of any bills that don’t reopen the government. Let’s get our priorities right.”
But Rubio’s office says the bill allows the governments “to counter economic warfare against Israel.”
Rubio, a Florida senator, said Monday in a series of tweets, including one pointed at Sanders and Tlaib: “The shutdown is not the reason Senate Democrats don’t want to move to Middle East Security Bill…. A significant # of Senate Democrats now support #BDS & Dem leaders want to avoid a floor vote that reveals that.”

Both sides are squaring off ahead of Tuesday’s votes. A coalition of civil liberties and liberal Jewish groups, including the American Civil Liberties Union and J Street, is working to defeat the legislation, while the influential pro-Israel AIPAC supports it.