“This sends a clear message that when the public entrusts a school district with its money, there is accountability for it.” — Jim Yovino, superintendent of Fresno County schools

If convicted, Alvarez could face up to four years in prison.

“This sends a clear message that when the public entrusts a school district with its money, there is accountability for it,” said Jim Yovino, superintendent of Fresno County schools.

“District Attorney Lisa Smittcamp’s team has done a very thorough job of investigating this situation, and I look forward to seeing what the results are.” 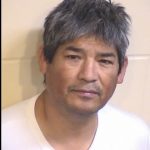 Alvarez, 56, was Parlier Unified superintendent from 2013 through July 2015, when he was put on paid administrative leave by district trustees.

Their action came on the heels of a Fresno County grand jury report titled “Parlier Unified Challenged by Lax Leadership.”

The report alleged that Alvarez hired and gave raises to his personal friends as well as friends of district trustees, The Fresno Bee reported at the time.

The report also said that Alvarez held meetings in local restaurants instead of district headquarters.

In May 2016, the district financial records were audited by the state Department of Education at Yovino’s request.

In November 2016, DA investigators executed a search warrant and retained many of the district’s business and financial records.

According to the DA’s office, Alvarez was arrested Friday (Jan. 4) morning without incident at his Fresno home. He is expected to be arraigned Monday (Jan. 7).

The DA’s public integrity unit conducted the investigation. It was formed by Smittcamp shortly after she took office in 2015.

The unit’s stated goal is “to combat corruption through the investigation and prosecution of voter fraud and criminal misconduct of elected and appointed officials at all levels of government within Fresno County.”