Is Nunes Now a Backbencher? Or Will We See Even More of Him? 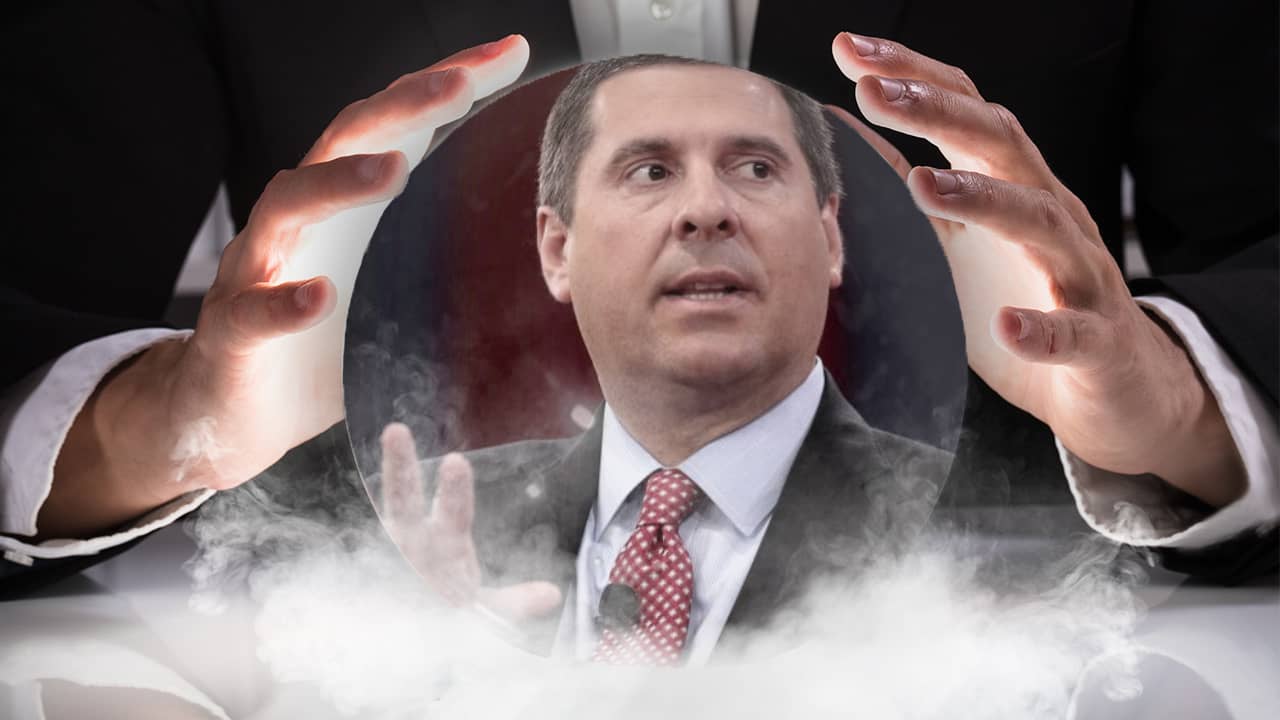 For the first time in eight years, Devin Nunes will be in the Washington minority.
That means he is losing his position as chairman of the House Permanent Select Committee on Intelligence. His stewardship of the committee combined with the emergence of President Donald Trump made Nunes one of the most talked about political players in the country the past two years.


Rep. Nunes “will find other ways to get out a message, a message most likely in defense of the president. Fox News is a great place for him to do that, so I expect to see even more of him.” — Fresno State political science professor Thomas Holyoke
As of next week, Nunes and the other Republican survivors of the Democratic Blue Wave will have their power crimped in the House.

Pundits Weigh in on Nunes

Does that mean Nunes will disappear from the airwaves? Or no longer be a lightning rod for controversy? And how much power will he wield on water, one of the most important issues to Valley voters?
GV Wire asked a select group of political watchers and observers for their thoughts on Nunes’ ninth term, which begins Jan. 3.
One Fresno Democratic Party leader predicts that Nunes will revert to a “backbencher.”
But Fresno State political science professor Thomas Holyoke expects that Nunes’ Fox News visibility will actually increase.
“Since he no longer has the chairmanship of the intelligence committee for a platform, he will find other ways to get out a message, a message most likely in defense of the president,” Holyoke said. “Fox News is a great place for him to do that, so I expect to see even more of him. There is not much more a member of the House minority party can do.”

Nunes’ Turn in the Spotlight

Every move Nunes made as intelligence chair became scrutinized, analyzed, and by a good many, criticized. Entering Nunes’ name in a Twitter search yields plenty of vitriol.
Critics say his support of Trump and position on the president’s transition team made him unfit to serve as a chairman of a committee overseeing collusion allegations. Calls for his removal came from the top two Democrats in Congress: Rep. Nancy Pelosi and Sen. Chuck Schumer.
Nunes’ defense of the president and effort to uncover a plot against Trump led to unprecedented media attention. The congressman who had received limited appearances on the national scale suddenly became the daily subject of Fox News, CNN, and MSNBC talking heads.
Fox News seems to be Nunes’ favorite media landing spot, often appearing on the perceived-conservative news outlet. Locally, it seems the only place to catch Nunes is with his friend Ray Appleton on KMJ (580 AM/105.9 FM).
Nunes did not respond to interview requests for this story.

Will Nunes’ transfer from committee chairman to ranking member reduce his time in the spotlight? His supporters don’t think so. 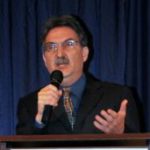 “Nunes will return to being an insignificant backbencher.”—Fresno County Democratic Party chairman Michael Evans
“Nunes will still have national impact. (Soon-to-be Minority Leader Kevin) McCarthy can’t do all of it. Nunes will be sought after by a lot of different outlets as he continues leadership,” said KMJ conservative commentator and Lincoln Club chairman/co-founder Michael Der Manouel Jr.
Tal Cloud, a Nunes ally and political director of the Lincoln Club, says Nunes’ clout won’t be diminished.
“Devin is not a media hog, like (incoming intelligence chairman Adam) Schiff is. It is up to Devin, on what he wants to do there. Devin can be more professional as ranking member than Schiff. Devin drove the investigation that proved that Hillary (Clinton) and Dems paid for the dossier. Hopefully, Trump releases the documents from Devin’s investigation,” Cloud said.
Evans disagrees with his local GOP counterparts about Nunes’ role in the 116th Congress: “Nunes will return to being an insignificant backbencher.”

The Future of Water 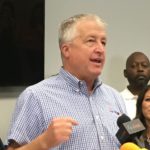 “(Nunes) will be very effective on water. Trump has done more than others.”—Lincoln Club’s Tal Cloud
In October, Nunes stood with other Valley GOP congressional members as Trump signed a memorandum to speed up California water projects.
What will a Democratic takeover in the lower chamber of Congress mean for water?
Der Manouel says not much.
“Water legislation was never going to happen, whether we kept control of the  House or not. (California Sen.)  Dianne Feinstein kept holding it up in the Senate. Any commonsense bill for ag has already been delivered to the Senate. Feinstein would never shepherd the bill. (The Democratic takeover) has zero impact on ag,” he said.
Cloud disagrees with his Lincoln Club partner, both on the impact of Nunes and on Feinstein’s role in future water legislation.
“(Nunes) will be very effective on water. Trump has done more than others. We have a president who wants to want to solve these issues. Feinstein may be unencumbered to help with water because she may not run for re-election” in 2024, Cloud opined.
Mari Harren worked on Andrew Janz’s unsuccessful campaign to defeat Nunes. She is less optimistic on Nunes’ impact in a House controlled by Democrats.
“We are proud to have brought attention to the fact that Congressman Nunes has done very little on the water issue,” Haren said. “One of the biggest accomplishments of the Janz campaign was the executive order on water signed by President Trump. This order only came about as a result of the immense political pressure we put on this administration and Congressman Nunes.
“We hope that Congressman Nunes will work with Congressman Costa and Congressman-elect Cox who have been leading the way on Valley water issues.” 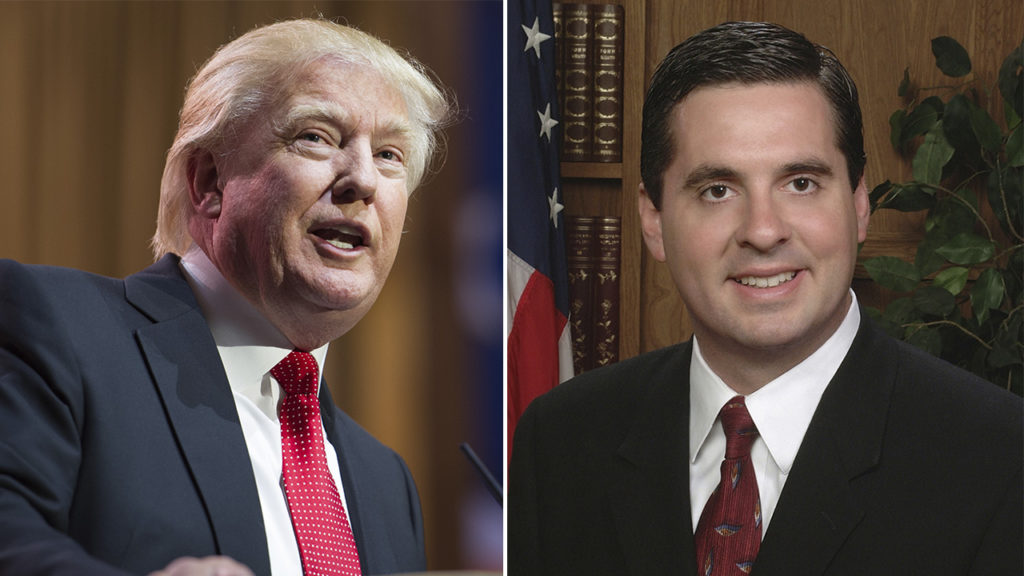 Nunes won re-election this past November, his closest congressional race since winning his first primary in 2002. Nunes defeated Fresno County prosecutor Andrew Janz, 53%-47%. At $21 million, it was the most expensive House race in the 2018 cycle, according to tracking website Open Secrets.
When Nunes returns to Washington following the holiday recess, he will cede control of the intelligence committee to Schiff, who is also from California.
This is significant, politically speaking, because that chairmanship launched Nunes into national prominence — as he dealt with everything from the Trump-Russia investigation to questioning the FBI’s professionalism and transparency.
Nunes will also be minus two fellow members of the Valley’s GOP delegation. Democrat TJ Cox defeated David Valadao for the seat representing the 21st District, based around Hanford and parts of Bakersfield. And, Democrat Josh Harder unseated Jeff Denham in the 10th District, covering the North Valley.
However, neighboring congressman and Nunes ally Kevin McCarthy (R-Bakersfield), ascends to minority leader.

Nunes survived the closest race of his congressional career in a district that has an 8.5% Republican registration advantage, according to the California Target Book.
If a Democrat with strong credentials and funding such as Janz couldn’t top Nunes, who can?
That is a question Democrats will have to figure out over the next two years. 2020 is also a presidential election year.
What might be interesting is 2022, when new congressional district lines go into effect. Currently, California has 53 seats. Based on the recently released 2018 population estimates, California would retain those seats.
But, analysis group Election Data Services says that if population trends continue over the next two years through the 2020 census, California could lose one seat. California uses an independent committee to draw those lines, which takes place in 2021, in time for the 2022 election.
If that scenario holds true, could Nunes’ seat be drawn out of existence? Would he face the choice, if he’s still in Congress and wanted to remain there, to run against another sitting congressperson?
Such questions will spark much speculation throughout Nunes’ next term.