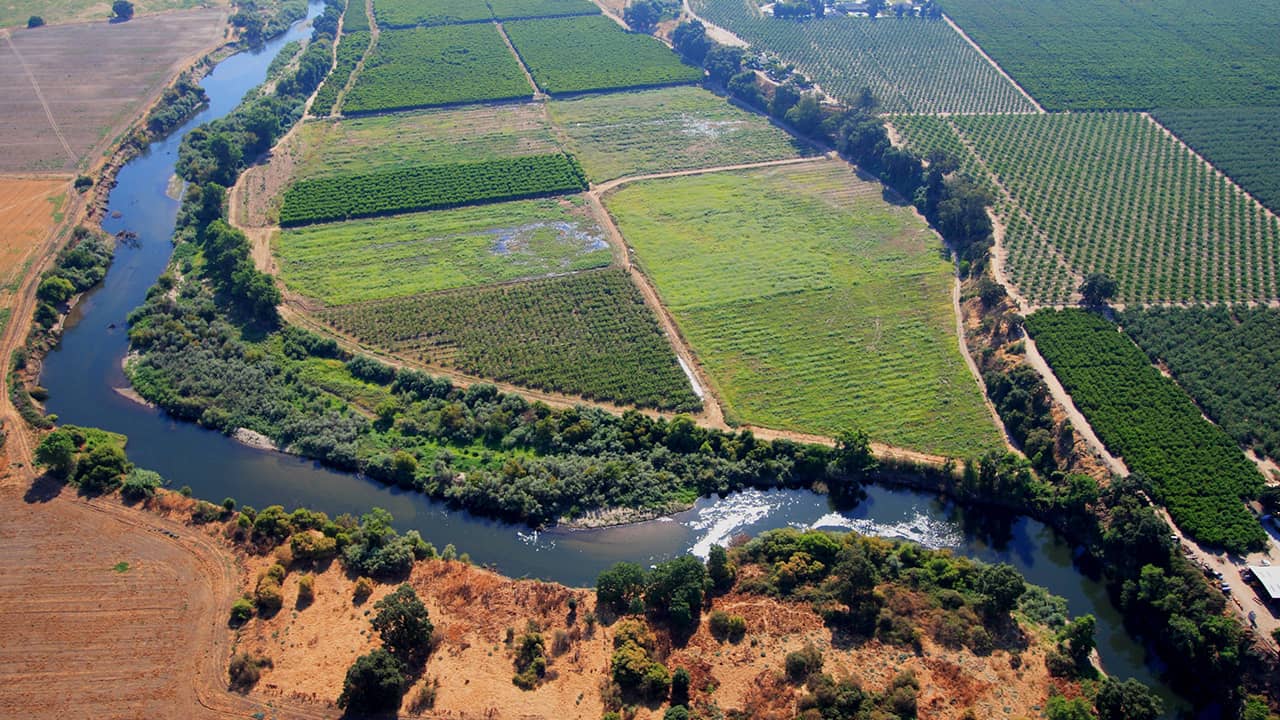 SACRAMENTO — A state board on Wednesday approved a contentious proposal to boost water flows through the San Joaquin River, a move that would increase habitat for salmon but deliver less water to farmers and cities such as San Francisco.
The plan under consideration by the Water Resources Control Board would alter management of the Lower San Joaquin River and three tributaries to address what environmental groups say is a crisis in the delta that empties into San Francisco Bay.

The board voted to study a last-minute agreement among several key water agencies to voluntarily curtail their water usage and pay into a fund for habitat improvements. But the board members declined to delay their decision on a mandate, noting it won’t be immediately enforceable and can be adjusted.


“I encourage everyone to stay at the table.” — Felicia Marcus, chair of the state Water Resources Control Board
Gov. Jerry Brown and his successor Gavin Newsom have urged water agencies to make voluntary concessions on water usage to avoid the need for the board to mandate higher river flows. They said a negotiated settlement would be better than lawsuits that likely would tie up a board mandate for years.

No Deals By Water Agencies on Merced and Stanislaus Rivers

Water users along the Tuolumne River — a tributary of the San Joaquin — agreed to concessions that would improve fish habitat, said Chuck Bonham, director of the Department of Fish and Wildlife. But water users along the San Joaquin’s other tributaries — the Merced and Stanislaus rivers — did not reach a similar agreement.
Board Chair Felicia Marcus said there’s no reason there can’t be a settlement later, even if the debate ends up in court.
“I encourage everyone to stay at the table,” Marcus said. Anyone that walks away was never serious about settling, she said.

The board’s action will increase San Joaquin River flows to about 40 percent of what they would be if not for the extensive network of dams and canals that divert water to farm fields and cities.
Farmers say the change would drastically curtail the water they need and devastate the economy of the Central Valley.
Hoping to stave that off, Tuolumne River water users agreed to a variety of concessions to improve salmon habitat over 15 years. Their proposal would increase water flow less than the state mandate while taking other environmental actions. Those include: larger river flows during certain critical periods of fish migration; barriers to block the passage of invasive predators that feast on young salmon; more gravel in rivers to provide spawning habitat for salmon.

“It is my fear that the vote by the State Water Resources Control Board (SWRCB) will only further inflame the conflict over California‘s most precious natural resource: its water. I will use every tool at my disposal to protect the communities I represent from this water grab,” said Rep. Jim Costa of Fresno.
“The action taken by the SWRCB is incredibly frustrating. This was a missed opportunity to reset the water wars of the past and to find a better path forward by delaying adoption of the staff proposal to allow continued negotiations to occur on the Merced and Stanislaus rivers.”

Water users farther north, along tributaries to the Sacramento River, also agreed to concessions, officials said. Those rivers, which flow into the same troubled Delta ecosystem, are not subject to the proposed restrictions but similar mandates are under consideration.


“While we believe that negotiations are possible and should continue, what has been presented today is not adequate.” — Doug Obegi of the Natural Resources Defense Council
Under the voluntary agreement put forward by the water districts, water flowing through the delta tributaries would increase by 740,000 acre feet per year through reservoir releases, fallowing farmland and other strategies. It would also generate $1.7 billion from water users and the state to be spent on infrastructure and research into which strategies most effectively improve fish habitat.
Voluntary agreements bring speed and certainty to the environmental improvements, supporters said. A state mandate would almost certainly be tied up in courts for many years and might ultimately be thrown out.
“If the state takes action today, nothing happens in 2019 except litigation,” Bill Paris, a lawyer representing the Modesto Irrigation District, told the board. “Everyone will go into their bunker mentality” and progress will halt.

Environmental groups say fish populations have been declining due to factors that include dwindling water quality, inadequate spawning grounds, and higher water temperatures. They warn some species face extinction if sweeping action isn’t taken.
Environmentalists said they were seeing the agreement for the first time and still studying it, but most said it seemed to provide modest environmental benefits at best. They urged the board to adopt the mandate.
“While we believe that negotiations are possible and should continue, what has been presented today is not adequate,” said Doug Obegi of the Natural Resources Defense Council.
(GV Wire contributed to this report.)