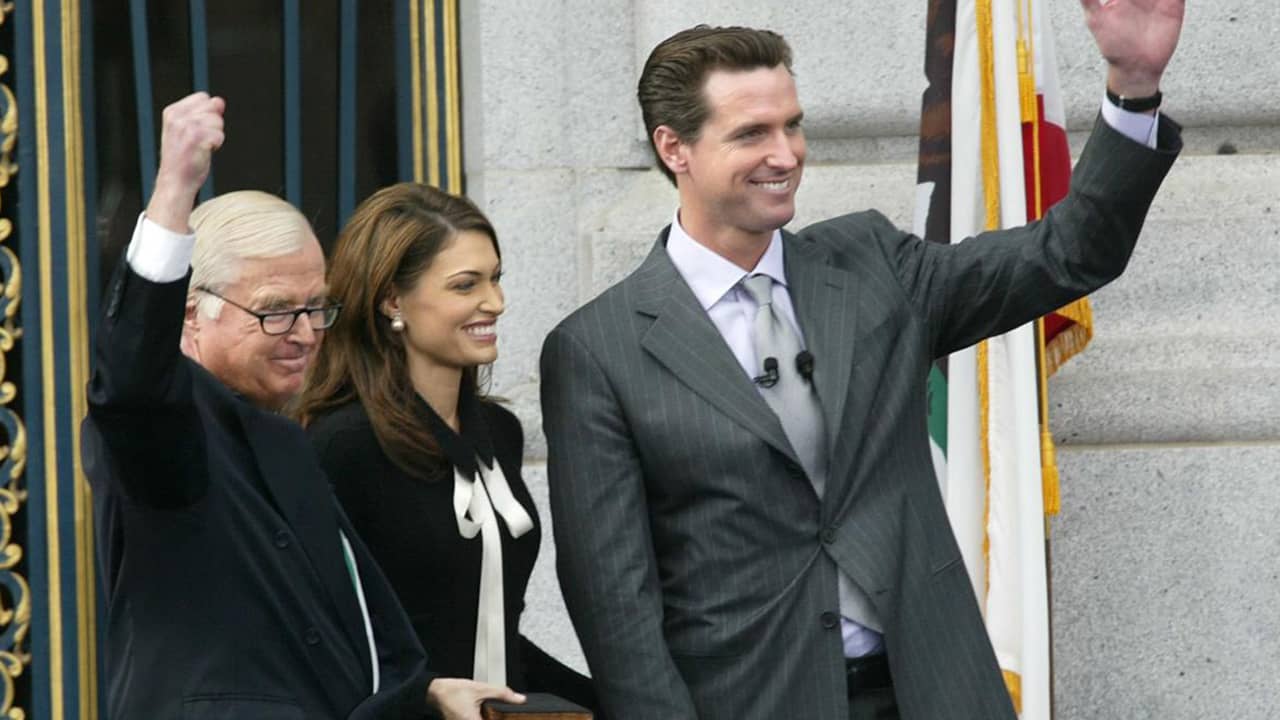 SACRAMENTO — William Newsom III, a former California judge, environmental advocate and the father of governor-elect Gavin Newsom, died Wednesday after a long illness. He was 84.

In addition to Gavin, Newsom is survived by a daughter, Hilary. He and their mother, Tessa Menzies, divorced when Gavin Newsom, 51, was young.


“He had an amazing life. He was an amazing influence on me.” — Gov.-elect Gavin Newsom
William Newsom made a home in the community of Dutch Flat in the Sierra Nevada foothills and fell in love with the landscape and nature there, Pope said. It inspired him to help form the Mountain Lion Foundation and lead a 1990 ballot measure to ban mountain lion hunting.
“That was his country,” Pope said.
During his gubernatorial run, Gavin Newsom said his favorite memories with his father were spent camping and backpacking along California’s rivers. His father once had a river otter as a pet, he said. His father also helped shape his views on drug policy and racial justice.
“He had an amazing life. He was an amazing influence on me,” Newsom said.
On the court of appeals, Newsom ruled on a diverse array of cases from the right of privacy for HIV-positive health care patients to the liability of the San Francisco 49ers over a player’s crippling knee injury. In one prominent case, he ruled the prestigious Bohemian Club, a men’s club north of San Francisco that counted Ronald Reagan as a member, could not enforce a ban on hiring women.

Connections to the Getty Family

In a statement, Brown said Newsom was “a longtime friend, a champion of the environment and someone whom I was proud to appoint to the superior court and court of appeal.”
Newsom was a close friend of Gordon Getty, the son of oil magnate J. Paul Getty, and managed his personal finances. During Gavin Newsom’s gubernatorial run, critics painted him as a son of wealth and privilege because of his connections to the Getty family. Gordon Getty helped finance Newsom’s first wine shop in 1992, which later grew into a successful business line.
William Newsom’s friends said he was thoughtful, witty and well read.
Pope, his longtime friend, recalled that Newsom even looked for ways to stave off boredom during his frequent drives from the foothills to San Francisco for court sessions. On occasion, he’d place a book of poetry on the steering wheel to read while driving.
After learning that, Pope joked, he never wanted to share the highway with Newsom again.
“He had a very, very active mind,” Pope said.