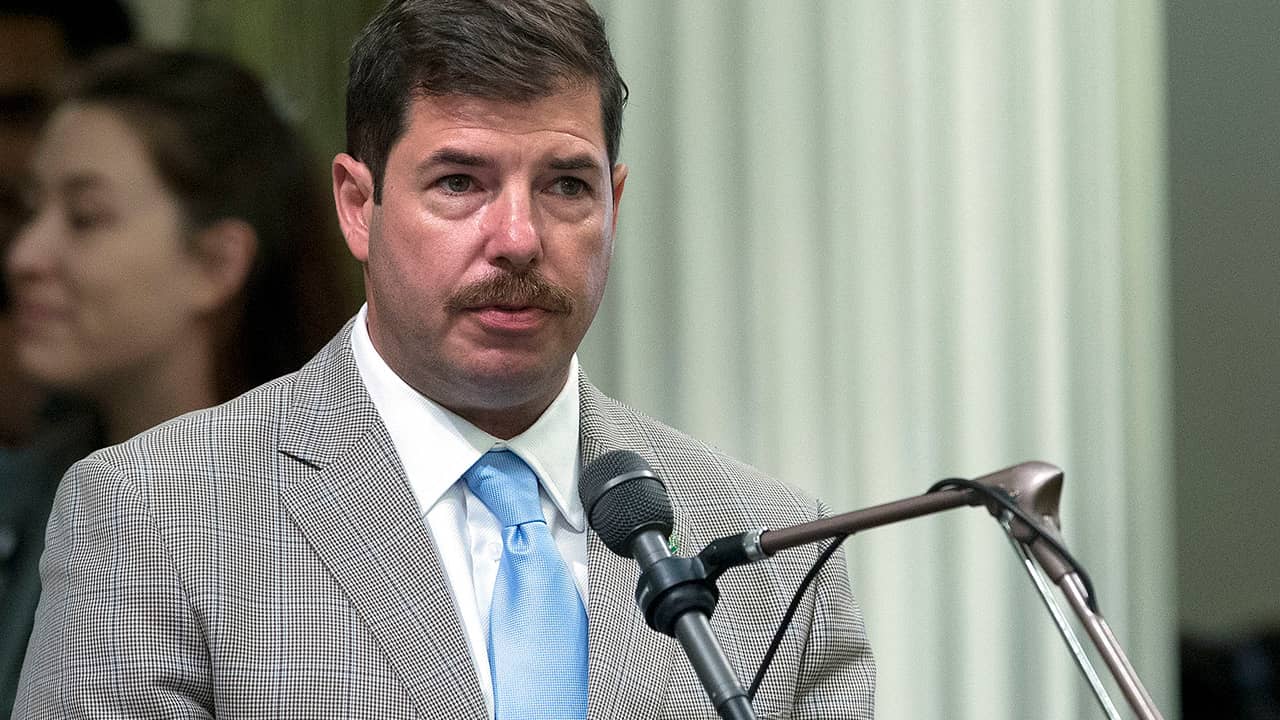 Democratic Assemblyman Joaquin Arambula of Fresno said Wednesday that the child abuse allegation he faces stems from spanking his 7-year-old daughter.
Arambula said he spanked his daughter Sunday night and it’s a punishment tool he rarely uses, The Fresno Bee reported. He said he has no plans to resign.
Arambula faces a March 13 court date.

Arambula is a former emergency room doctor who was elected in 2016 to represents parts of Fresno County. He has three daughters, ages 3, 6 and 7.
He was arrested Monday after officials at Dailey Elementary Charter School reported a child with an injury, Fresno Police Chief Jerry Dyer said.
Arambula said he believes his daughter went to school angry and told a teacher about what had happened. He thanked the school, child protective services, and the police for doing their jobs.
Arambula was released shortly after his arrest and has not been formally charged. His daughters stayed with his parents for two nights until child protective services said they could go back home Wednesday, the newspaper reported.
“There’s a process to be played out, and this process played out, and they determined that the kids should go back home,” Arambula said. “I’m excited about that. But we have a job and a responsibility to continue to be good parents, and that’s what I want to work on and will strive to do.”
Authorities will check in on the Arambulas in 30 days and suggested the family seek therapy, he said.

Dyer Says His Department Intends to Prosecute the Case

Dyer said Wednesday that the victim had a “small injury,” but didn’t identify where it was. He also said that his department intends to see the case prosecuted.
Arambula’s arrest was for a misdemeanor, not a felony, because the injury did not require medical attention, Dyer said, according to The Bee. Spanking a child is generally legal if it’s in a fleshy area such as the buttocks but not if it’s in a place likely to cause injury like the face, he said.
Assembly Speaker Anthony Rendon hasn’t commented on the arrest.
___
Information from: The Fresno Bee