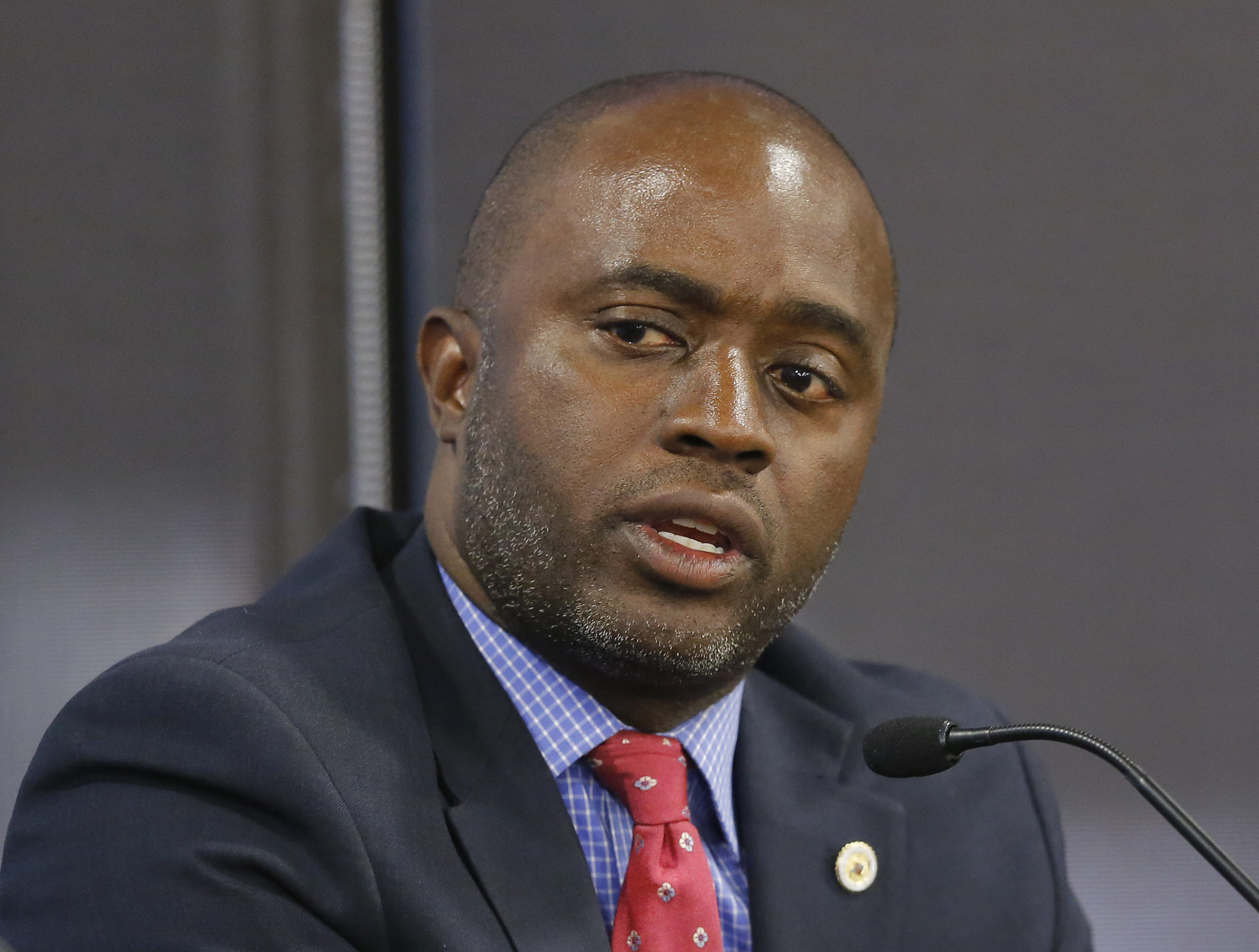 Education Secretary Betsy DeVos was not on the ballot in the Michigan governor’s race, but her legacy loomed over the campaign in her home state, which has the country’s highest concentration of for-profit charter schools.
Republican Bill Schuette, a DeVos ally and the state’s attorney general, ultimately lost to Gretchen Whitmer, a Democrat and former state lawmaker who pledged on the campaign trail to “put an end to the DeVos agenda.” She has promised to stop new for-profit schools from opening and to demand more accountability from charter schools.
Michigan was one of several key states that elected new governors who are more skeptical of charter schools than their election opponents, and will replace leaders who openly supported the sector that enrolls roughly 3 million students across the U.S. in schools that are publicly funded but privately run.
The states that saw such reversals — including California, Illinois and Michigan — are home to some of the strongest charter school enrollment numbers, and the outcomes suggest the political landscape could be growing more difficult for future expansion, particularly under Democratic leadership. The winners pledged support for traditional public schools while campaigning in the shadow of a teacher protest movement that forced a national conversation about the state of public education.

As Democrats flipped seven governor seats to bolster their numbers to 23 across the country, the incoming governors in California, Illinois and New Mexico have all said they want to take the rare step of putting a temporary halt on new charter schools. New governors in Connecticut, Kansas, Maine and Nevada also are expressing less enthusiasm for charters than their predecessors. FILE- In this Nov. 6, 2018 file photo, Gavin Newsom, addresses an election night crowd to become the 40th governor of California in Los Angeles. With new Democrats set to take over the governor’s mansion across the country, the charter school movement may face a shifting political landscape in a number of key states. (AP Photo/Rich Pedroncelli, File)

Some Liberals Have Soured on Charter Schools

But more recently, some liberals have soured on charter schools, emphasizing instead investment in traditional public schools that educate the vast majority of America’s children. That’s in contrast to the Trump administration and DeVos, a billionaire philanthropist who has long been influential in pushing school choice policies in Michigan and across the U.S. Republicans, who control 27 governor seats, are largely united in their support for charter schools.
Politico reported in October that DeVos was mentioned in Democratic campaign messaging for 2018 races more than 6,200 times all across the country.
In California, the resistance against DeVos also was evident in the most expensive state superintendent race in U.S. history, in which Marshall Tuck, who previously led a charter school network, lost to union-backed state Assemblyman Tony Thurmond, a fellow Democrat. Tuck couldn’t overcome the negative ads that tied him to DeVos’ zeal for school choice, despite garnering record-breaking campaign support from pro-charter philanthropists.
California Gov.-elect Gavin Newsom, who has long allied himself with the state teachers unions, has called for a temporary halt on charter school openings to consider the schooling model’s overall transparency issues.

Charters are not subject to the same rules or standards governing traditional public schools but are embraced by many advocates who see them as investments in better and different ways to educate those who struggle in traditional systems, particularly children in poor, urban areas. Teachers unions are among the critics who reject charters as drains on cash-starved public schools. Studies on academic success are mixed.