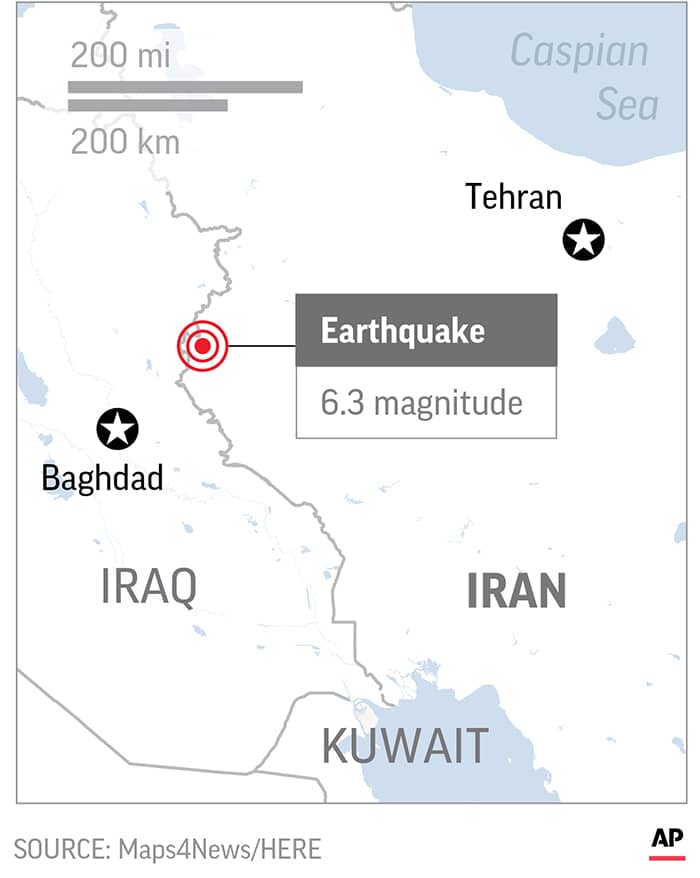 TEHRAN, Iran — Iranian authorities said Monday that the number of injured in the magnitude 6.3 earthquake in western Iran the previous night has risen to 716. No fatalities were reported from the temblor.

According to Iran’s state television, most of the injured were immediately released from hospitals and suffered only slight injuries in the quake on Sunday night. The TV said 37 remained hospitalized.

It said more than 160 aftershocks occurred in the region, including two quakes stronger than magnitude 5. Dozens of rescue teams and several rescue dogs were deployed to the region.

The TV showed footage of hospitalized people. Dr. Hossein Rahnimi, the head of a local hospital, said many of the injured also suffered panic attacks.

The earthquake struck western Iran near its border with Iraq, damaging buildings and sending fearful residents running into the streets.

It hit near the town of Sarpol-e Zahab in Iran’s Kermanshah province, which was the epicenter of an earthquake last year that killed more than 600 people and where some still remain homeless.

That earthquake had a magnitude of 7.3 and also injured more than 9,000 people.

The quake struck just after 8 p.m. in Iran, meaning most were still awake at the time and able to quickly flee.

The region, nestled in the Zagros Mountains, largely rebuilt in recent decades after Iran and Iraq’s ruinous 1980s war, saw many buildings collapse or sustain major damage in the 2017 quake.

Iran is located on major seismic faults and experiences an earthquake per day on average. In 2003, a magnitude 6.6 earthquake flattened the historic city of Bam in southern Iran, killing 26,000 people.