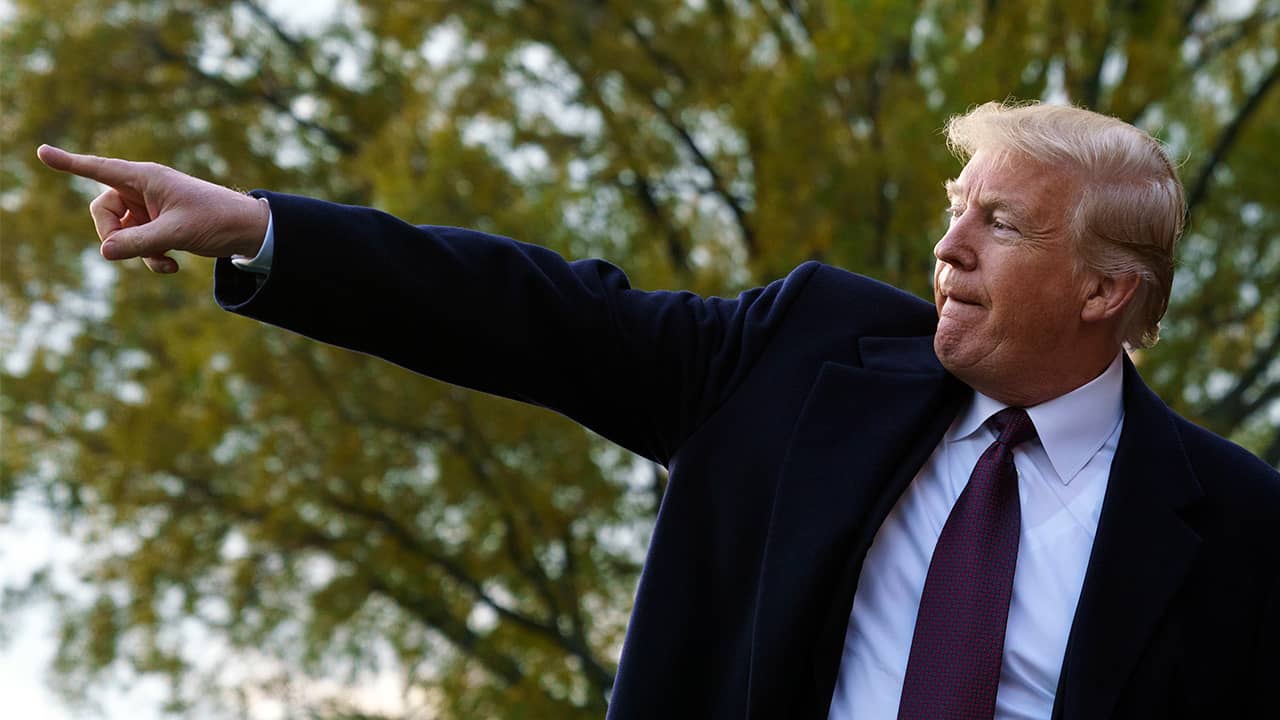 WASHINGTON — President Donald Trump frequently credits himself with accomplishing more for the military and veterans than any other president in recent memory. But he has yet to embark on what has long been a traditional presidential pilgrimage important to the military: a visit to troops deployed in a war zone.

As he departed Tuesday for Florida to celebrate the Thanksgiving holiday at his private club in Palm Beach, Trump said he’d soon correct the oversight.

“I’m going to a war zone,” he said in response to a reporter’s question about his support for the troops.

He did not say when he would be making the trip or where he planned to go. An official said a White House team recently returned from beginning to plan for such a visit.

The omission is one of a long list of norm-breaking moves that underscore the Republican president’s increasingly fraught relationship with the military, which has celebrated Trump’s investments in defense spending but cringed at what some see as efforts to politicize their service.

A Pattern of Concerns Raised by Former Senior Military Officers

The latest controversy followed a pattern of concerns raised by former senior military officers about Trump’s grasp of the military’s role, and it comes as White House aides and defense officials have raised alarm about what they view as the president’s disinterest in briefings about troop deployments overseas.

Shortly after taking office, Trump appeared to try to deflect responsibility for the death of a service member, William “Ryan” Owens, in a failed operation in Yemen, saying planning for the mission began under his predecessor and was backed by senior military commanders.

“They explained what they wanted to do, the generals, who are very respected,” he told “Fox & Friends” at the time. “And they lost Ryan.”

Trump won the White House on a platform of ending U.S. military commitments abroad, but he’s been bedeviled by many of the same challenges as his predecessors. More American troops are now deployed in conflict zones than when he took office.

Trump Is Wary of Traveling to Conflict Zones

Aides have suggested that Trump is wary of traveling to conflict zones where he doesn’t fully support the mission. Trump begrudgingly backed a surge of troops in Afghanistan last year and boosted U.S. deployments in Iraq, Syria and Africa to counter the Islamic State and other extremist groups.

Trump said last week in a “Fox News Sunday” interview that he was “very much opposed to the war in Iraq. I think it was a tremendous mistake, should have never happened.” Trump, in fact, offered lukewarm support for the invasion at the time but began offering public doubts about the mission after the conflict began in March 2003.

At home, some assert that Trump’s decision to send thousands of active-duty troops to the U.S.-Mexico border shortly before the Nov. 6 midterm elections was a political stunt. And Defense Department officials said they rejected requests by the Department of Homeland Security — and backed by the White House — for armed active-duty troops to bolster Border Patrol agents, saying it ran afoul of federal law.

Trump also drew criticism for his decision not to visit Arlington National Cemetery to mark Veterans Day, following his trip to Europe. He said later he “should have” visited the cemetery but was too busy with official business. His public schedule that day listed no events.

In the “Fox News Sunday” interview, Trump was asked why he hadn’t visited the troops serving in Iraq and Afghanistan in the two years he’s served as commander in chief.

Touting His Support for the Men and Women in Uniform

“Well, I think you will see that happen,” he said. “There are things that are being planned.”

He also touted his support for the men and women in uniform.

Trump received five draft deferments during the Vietnam War, four for education and one for a diagnosis of bone spurs — though he later told The New York Times he could not remember which foot was affected by the malady or how long it lasted.

Trump told The Associated Press in a recent interview that he doesn’t think visiting troops in a war zone is “overly necessary.”

“I’ve been very busy with everything that’s taking place here,” he added.

Costa Said He Doesn’t Support Pelosi for Speaker. How Will He Vote?