Aid Group: 85,000 Children May Have Died of Hunger in Yemen 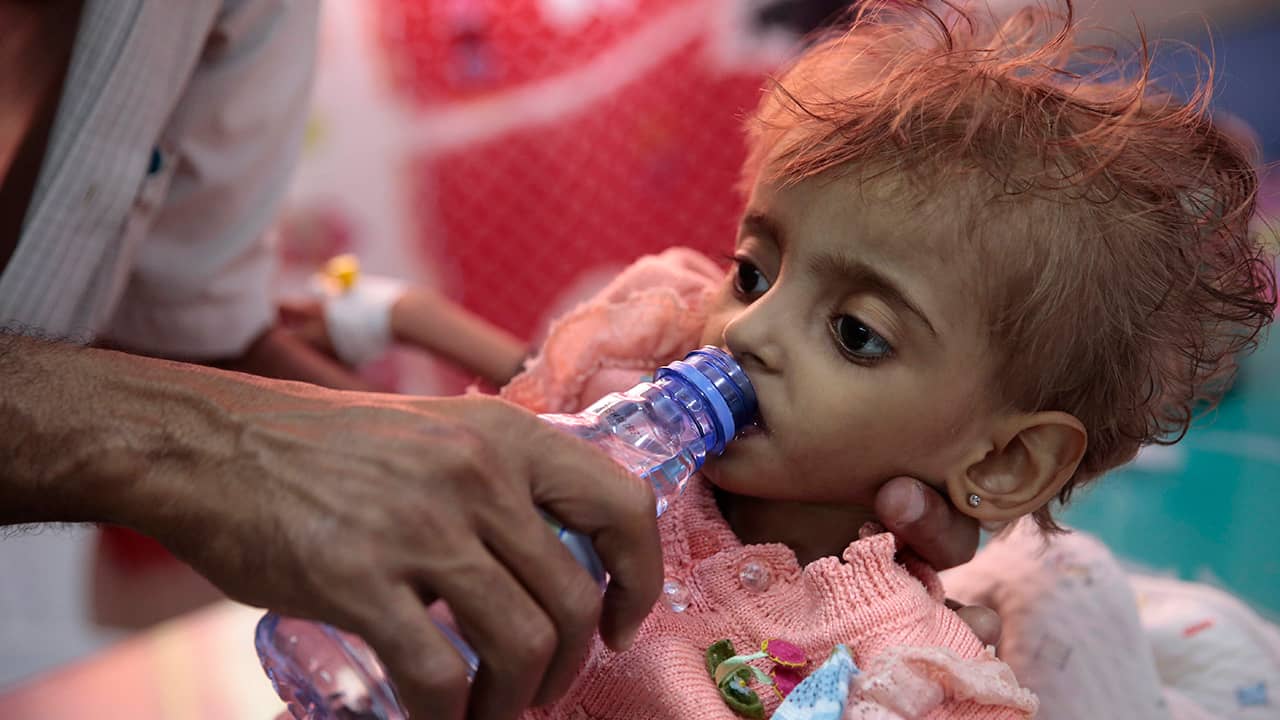 CAIRO — A leading international aid group said Wednesday that an estimated 85,000 Yemeni children under the age of 5 may have died of hunger and disease since the outbreak of the country’s civil war in 2015.

“For every child killed by bombs and bullets, dozens are starving to death and it’s entirely preventable. Children who die in this way suffer immensely as their vital organ functions slow down and eventually stop.” — Tamer Kirolos, Save the Children’s Yemen director

Save the Children based its figures on mortality rates for untreated cases of severe acute malnutrition, or SAM, in young children. The United Nations says more than 1.3 million children have suffered from SAM since a Saudi-led coalition went to war with Yemen’s Houthi rebels in March 2015.

The aid group said its “conservative estimate” was that 84,701 children may have died, based on historical studies that find that 20 to 30 percent of untreated cases lead to death. Save the Children says it calculated the figure based on the number of cases reported in areas where aid groups were unable to intervene. 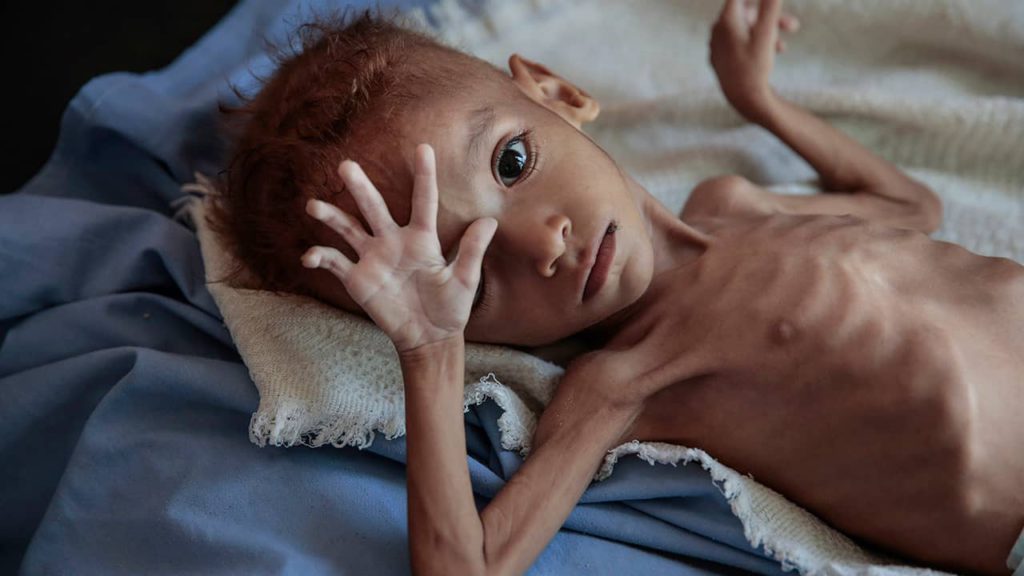 “For every child killed by bombs and bullets, dozens are starving to death and it’s entirely preventable,” said Tamer Kirolos, Save the Children’s Yemen director. “Children who die in this way suffer immensely as their vital organ functions slow down and eventually stop.”

8 Million at Risk of Starvation

The war has given rise to the world’s worst humanitarian crisis. Three-quarters of Yemen’s people require life-saving assistance and more than 8 million are at risk of starvation. Tens of thousands of people are believed to have been killed in the fighting.

The Associated Press has reported from areas of Yemen that are on the brink of famine.

Save the Children blamed the widespread starvation on a Saudi-led blockade that was tightened a year ago after the Iran-aligned rebels fired a ballistic missile at the Saudi capital, Riyadh.

The charity also cited recent fighting in and around the port city of Hodeida, a lifeline through which Yemen imports some 70 percent of its food and humanitarian aid.

It said commercial imports through the rebel-held port have fallen by more than 55,000 metric tons a month — enough to meet the needs of 4.4 million people. Save the Children said it had been forced to bring supplies for northern Yemen through the southern port of Aden, slowing aid deliveries. 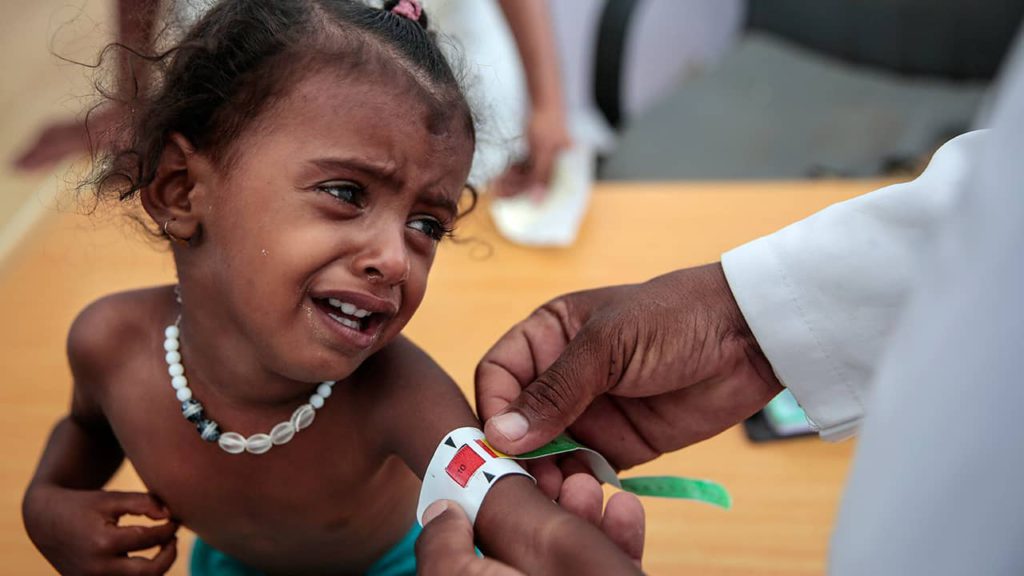 In this Oct. 1, 2018, file, photo, a doctor measures the arm of a malnourished girl at the Aslam Health Center, Hajjah, Yemen. ( (AP File Photo/Hani Mohammed)

The overwhelming poverty in Yemen, the Arab world’s most impoverished nation, has compounded the situation.

Children “have no access to food although it’s available on the market …. families cannot provide for their children and cannot afford it,” said Sukaina Sharafuddin, a Save the Children employee in Yemen’s capital, Sanaa.

US Calls for Cease-Fire

The fallout from the killing of Saudi journalist Jamal Khashoggi at the kingdom’s Istanbul consulate has drawn renewed attention to the war and devastation in Yemen. The United States has scaled back its support for the coalition and called for a cease-fire by the end of this month.

But the fighting is still raging in Hodeida and other areas, and previous peace efforts have failed to produce any agreement to stop the violence.