As Thanksgiving Arrives, US Abets the Starving of Yemeni Children: Editorial 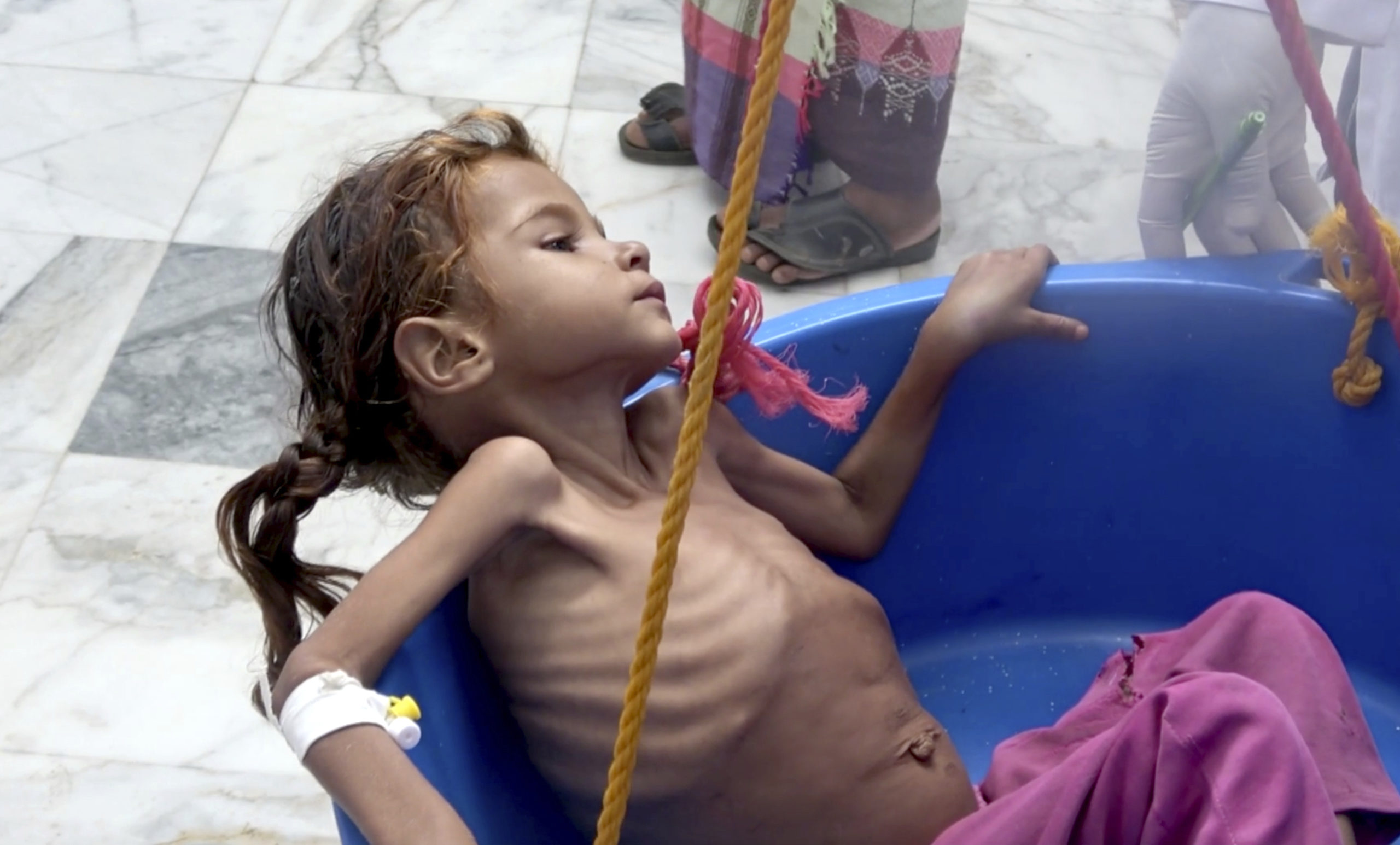 It shouldn’t surprise anyone that Amal Hussein, the Yemeni girl in the photo accompanying this editorial, recently died of severe malnutrition.

Mariam Ali, Amal’s mother, told the Associated Press that she was walking in the rain for more than an hour to reach a health center when her daughter died in the road.

“Thirty thousand children in Yemen die every single year of malnutrition as one of the most important underlying causes. There is not one Amal — there are many thousands of Amals.” — Geert Cappelaere of the United Nations

The war in Yemen has brought the world’s worst humanitarian crisis and created a “living hell for children,” says Geert Cappelaere of the United Nations.

The UN Population Fund estimates that 10,000 people have been killed and more than 8 million are at risk of starvation from famine. Three-quarters of Yemen’s people need life-saving assistance.

Complicating the situation for people who desperately need help: The warring parties make it difficult to deliver humanitarian aid. If Saudi-led air strikes don’t stop, the UN warns, Yemen could suffer the worst famine in 100 years.

“Unfortunately, Amal is not the only Yemeni child suffering that fate,” Cappelaere said at a news conference Nov. 4 in Amman, Jordan. “Thirty thousand children in Yemen die every single year of malnutrition as one of the most important underlying causes. There is not one Amal — there are many thousands of Amals.”

In the face of this ongoing devastation, we call on California’s congressional delegation — led by Sens. Dianne Feinstein and Kamala Harris — to do everything possible to end U.S. involvement in the war and to speed the delivery of much-needed aid to the Yemeni people. 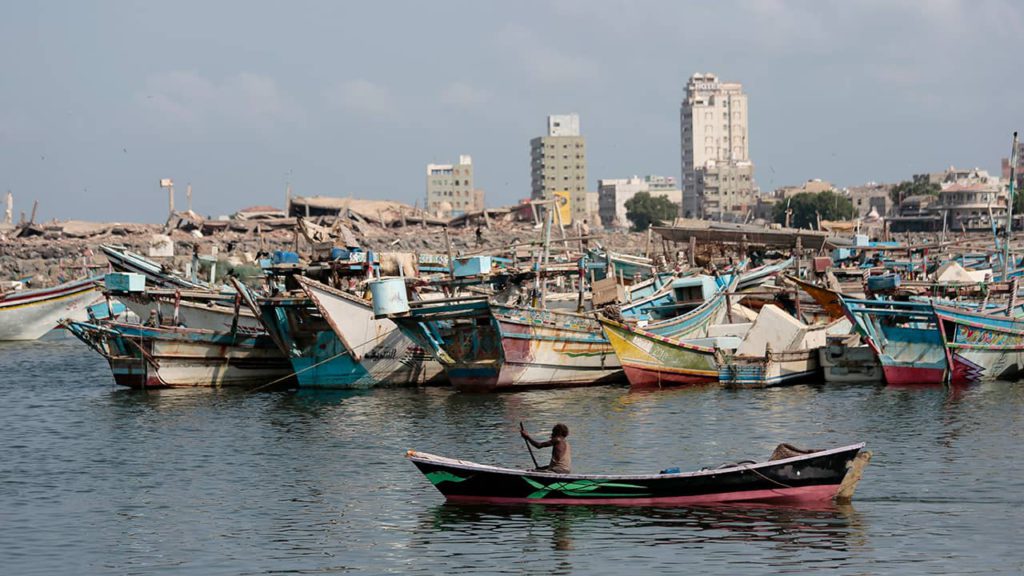 In this Sept. 28, 2018 photo, a fisherman paddles his boat past destroyed buildings on the coast of the port city of Hodeida, Yemen. (AP File Photo/Hani Mohammed)

If you haven’t been following the war in Yemen, we hope that the picture of Amal — as well as those of other children that you can view in the New York Times Magazine at this link — will make you pay attention.

The war began in 2015, when Saudi Arabia bombed Yemen, which is its southern neighbor. The Saudis did so in support of the Yemeni government, which was at war with Houthi rebels backed by Iran.

That assumption was wrong, and the United States bears responsibility for helping trigger the resulting death and suffering in Yemen.

At that time, the Obama administration supported Saudi Arabia with intelligence and logistical help. The assumption by the White House, says New York Times reporter Robert F. Worth, was that the war would end quickly and with little bloodshed.

That assumption was wrong, and the United States bears responsibility for helping trigger the resulting death and suffering in Yemen.

“Every single country that has influence over the fighting parties in Yemen is responsible for the suffering of Yemeni children,” Cappelaere says. “It’s not just those who are actively fighting in Yemen.”

Listen to NPR Interview with Robert W. Worth

Finally, it appears that the humanitarian crisis in Yemen is on the Trump administration’s radar.

“Yemen has more problems than any people deserve to carry.” — Secretary of Defense Jim Mattis

Late last month, both Secretary of State Mike Pompeo and Secretary of Defense Jim Mattis called for a cease-fire and the start of negotiations to end the war. So, too, did officials from Great Britain.

“Yemen has more problems than any people deserve to carry,” Mattis said.

But there are signs that the Trump administration is less interested in peace in Yemen than in maintaining good relations with the Saudis — even with the political fallout that has come the president’s way because of the assassination of Saudi journalist Jamal Khashoggi. The execution, U.S. officials say, involved 17 Saudi officials.

Nor does it appear that the Houthis want to end the war. At the peace talks in September, they failed to show up.

You Can Help End This War

More peace talks are scheduled for the end of December, and there are reports that the fighting recently has eased in some parts of the country.

But how many more children will starve to death before then? How many more Yemeni will be killed or crippled by off-target Saudi coalition airstrikes?

Contact the White House and make it clear that ending this brutal war should be a U.S. priority. Then send the same message to every congresswoman and congressman. Tell them that the United States is better than this.