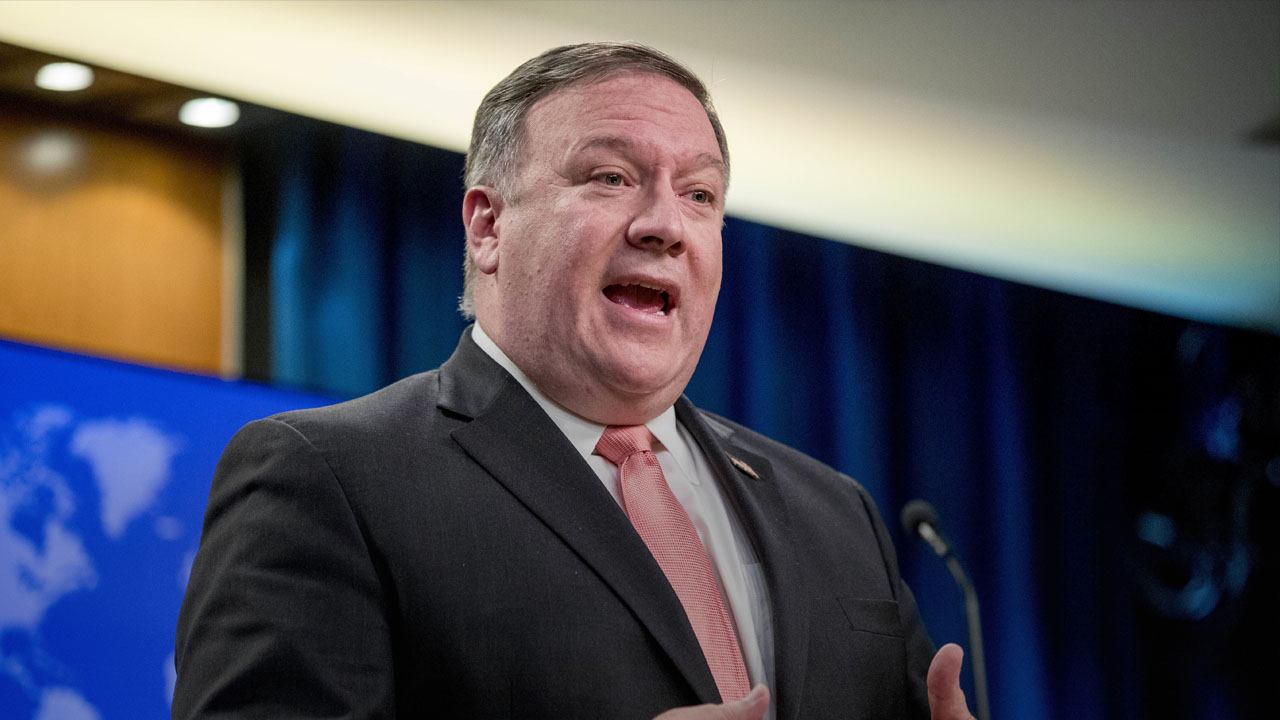 WASHINGTON — At an apparent turning point in one of its hardest foreign policy challenges, the Trump administration is demanding a cease-fire and the launch of U.N.-led political talks to end the Saudi-Iran proxy war in Yemen. Defense Secretary Jim Mattis called for a halt to hostilities within 30 days.
The New York Times reports Britain has also called on Saudi Arabia to end the fighting.
The renewed diplomatic drive reflects a convergence of political pressures: international outrage over the slaying of a U.S.-based Saudi journalist and a Yemeni humanitarian crisis fueled by the dual threats of war and hunger in the Arab world’s poorest country.

Yemenis on Brink of Starvation

“The time is now for a cessation of hostilities,” Secretary of State Mike Pompeo said in a written statement late Tuesday. His plea came shortly after Mattis spoke in unusual detail about diplomacy to end a crisis that has put vast numbers of Yemenis on the brink of starvation.
The administration’s new push comes amid mounting fears of a fresh Arab coalition assault on the Red Sea port of Hodeida, the entry point for 70 percent of food imports and international aid to Yemen.
“Yemen has more problems than any people deserve to carry,” Mattis said.
The conflict in Yemen began with the 2014 takeover of the capital, Sanaa, and the toppling of the government by the Houthis, a Shiite Muslim minority in the country. The Saudi-led coalition allied with the government has been fighting the Houthis since 2015.
An estimated 10,000 people have been killed. The war has also left around two-thirds of Yemen’s population of 27 million relying on aid, and more than 8 million at risk of starvation.
Watch Saudi Coalition Airstrike Kills at Least 29 Children

The fact that the Pentagon chief offered detailed thoughts on the urgency of a need for diplomatic progress, even before Pompeo had weighed in, strongly suggests that the administration has reached a turning point in its approach to Yemen, which also confounded the Obama administration. At stake is not only the humanitarian crisis in Yemen but also the future of the American relationship with Saudi Arabia, long the linchpin of U.S. policy in the Persian Gulf.
“It’s about time,” said one congressional critic, Rep. Ro Khanna, D-Calif. “After more than three years of war, thousands of dead, millions on the brink of starvation, and growing pressure from Congress, the Trump administration is finally calling for an end to the Saudi-led war in Yemen,” Khanna said in a statement.

The Oct. 2 killing of Jamal Khashoggi in a Saudi consulate in Turkey has prompted critics of the Saudi ruling family to urge an end to American arms sales to the kingdom and a reappraisal of U.S. military support for the Saudi-led Arab coalition that has been bombing Iranian-supported Houthi rebels, sometimes at the expense of killing civilians.
A top Turkish prosecutor said Wednesday that Khashoggi, who wrote columns critical of the Saudi government for The Washington Post, was killed and dismembered in a premeditated murder at the consulate. As details about the case have emerged, U.S. lawmakers stepped up demands for responses to the murder and to the crisis in Yemen.
Pompeo urged a cease-fire, citing both missile and drone strikes into Saudi Arabia and the United Arab Emirates by Houthis and the airstrikes “in all populated areas” of Yemen by the U.S.-backed Arab coalition. He urged implementation of “confidence-building measures” to address the underlying issues of the conflict.
Mattis was more specific than Pompeo in his call for urgent movement toward a political solution to the fighting under peace talks being urged by the U.N. special envoy, Martin Griffiths. Mattis said a cease-fire should take effect within 30 days.
“We’re calling on all the parties, specifically the Houthis and the Arab coalition, to meet in Sweden in November and to come to a solution,” Mattis said.

The U.S. proposal was greeted with skepticism in Houthi-controlled Sanaa. Sultan Al-Samaey, a member of the Houthi political council, said that while the war needed to be brought to an end, the group would only support “a peace which will preserve our independence.”
Ayoub Al-Tamimi, a Sanaa resident and political activist, said: “This is simply a solution that will only plant land mines in the future of this region. There is no solution that can come from Trump or the Democrats, only booby traps.”
Sweden on Wednesday said it had accepted Griffiths’ request that it host such talks but that nothing was definite.
Griffiths on Wednesday welcomed the U.S. calls for immediate resumption of the political process and said the United Nations remains committed “to bring the Yemeni parties to the negotiations table within a month.”

Mattis called for demilitarization of Yemen’s border with Saudi Arabia “so that the Saudis and the Emirates do not have to worry about missiles coming into their homes and cities and airports.” He also said measures should be taken to “ensure that all Iranian-supplied missiles to the Houthis” are put under “international watch.”
“This has got to end. We’ve got to replace combat with compromise,” Mattis said.
Mattis put the primary blame on Iran. He said its proxies and surrogate forces are fueling the conflict.
“They need to knock it off,” he said. Mattis said the political process should “set the conditions for a return to traditional areas inside Yemen and a government that allows for this amount of local autonomy that Houthis or that southerners want.”

A group of five Republican senators cited the situation in Yemen as well as the Khashoggi killing as reasons for calling on the administration to halt ongoing negotiations with Saudi Arabia on a civilian nuclear energy agreement. Among them, Sen. Rand Paul of Kentucky has proposed legislation that would stop arms sales to the Saudis.
The administration’s diplomatic push highlights the severity of the crisis in the Yemeni port city of Hodeida. A protracted siege of Hodeida by the U.S.-supported Arab coalition could imperil the international lifeline to the port.
The International Committee for the Red Cross said Wednesday that its team in Hodeida this week found dreadful living conditions for thousands of displaced families “who own only the clothes they wear and survive on a little rice or a thin mix of flour and water, if they find any food to eat at all.”