Trump Goes All In With Saudi Arabia. Read His Statement. 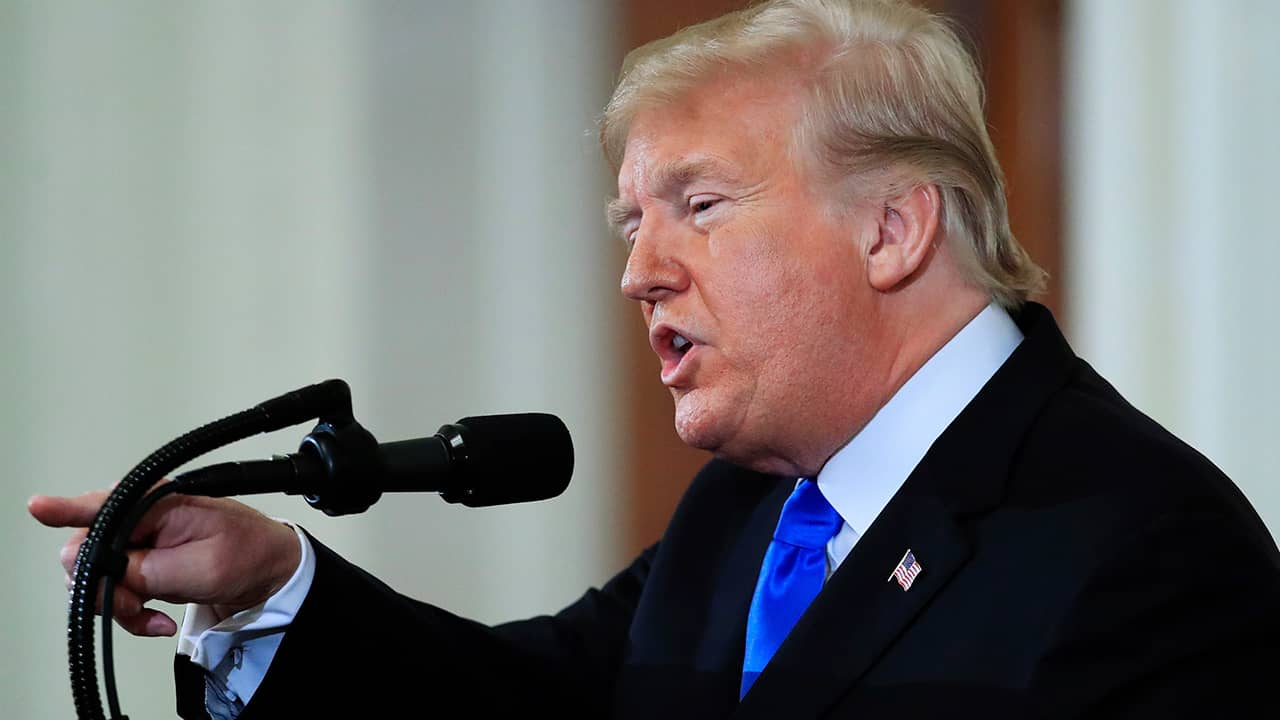 WASHINGTON — President Donald Trump says the U.S. will not levy additional punitive measures at this time against Saudi Arabia over the killing of Jamal Khashoggi.

Trump said in a statement Tuesday that the U.S. does not condone the killing of the U.S-based Saudi columnist, but that “foolishly” canceling $110 billion in arms sales — as some in Congress have suggested — would only mean that Saudi Arabia would go to other countries to acquire them.

Trump says the king and crown prince of Saudi Arabia “vigorously deny” any knowledge of the planning and execution of the Oct. 2 murder of The Washington Post columnist at the Saudi Consulate in Istanbul.

The president adds that “it could well be that the crown prince had knowledge.” 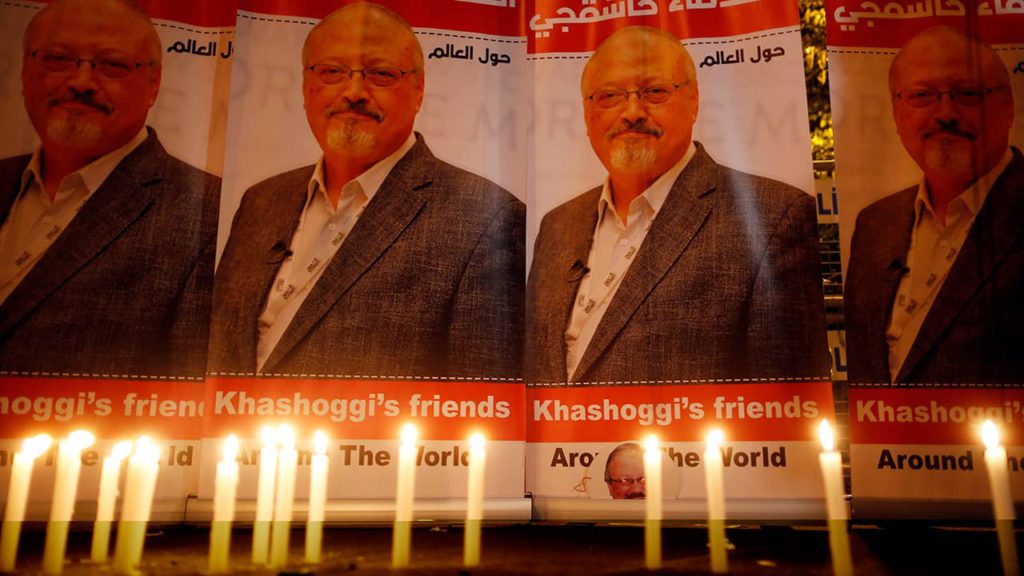 In this Oct. 25, 2018, photo, candles, lit by activists, protesting the killing of Saudi journalist Jamal Khashoggi, are placed outside Saudi Arabia’s consulate, in Istanbul, during a candlelight vigil. (AP File Photo/Lefteris Pitarakis)

The president also says that Saudi Arabia is a “spectacular ally.”

The administration has imposed sanctions on 17 Saudis accused of participating in the killing. But lawmakers in Congress want tougher measures. European allies are stepping up their punitive measures against the kingdom, too.

In his statement, Trump places the entire blame for the war in Yemen on Iran and says that “Saudi Arabia would gladly withdraw from Yemen if the Iranians would agree to leave. They would immediately provide desperately needed humanitarian assistance.”

Trump additionally talks up a $450 billion arms and economic development agreement between the U.S. and Saudi Arabia. However, there are serious doubts about how much the Saudis actually will spend.

This is the official statement released Tuesday, Nov. 20, 2018, by the White House:

The world is a very dangerous place!

The country of Iran, as an example, is responsible for a bloody proxy war against Saudi Arabia in Yemen, trying to destabilize Iraq’s fragile attempt at democracy, supporting the terror group Hezbollah in Lebanon, propping up dictator Bashar Assad in Syria (who has killed millions of his own citizens), and much more. Likewise, the Iranians have killed many Americans and other innocent people throughout the Middle East. Iran states openly, and with great force, “Death to America!” and “Death to Israel!” Iran is considered “the world’s leading sponsor of terror.”

On the other hand, Saudi Arabia would gladly withdraw from Yemen if the Iranians would agree to leave. They would immediately provide desperately needed humanitarian assistance. Additionally, Saudi Arabia has agreed to spend billions of dollars in leading the fight against Radical Islamic Terrorism.

After my heavily negotiated trip to Saudi Arabia last year, the Kingdom agreed to spend and invest $450 billion in the United States. This is a record amount of money. It will create hundreds of thousands of jobs, tremendous economic development, and much additional wealth for the United States. Of the $450 billion, $110 billion will be spent on the purchase of military equipment from Boeing, Lockheed Martin, Raytheon and many other great U.S. defense contractors. If we foolishly cancel these contracts, Russia and China would be the enormous beneficiaries – and very happy to acquire all of this newfound business. It would be a wonderful gift to them directly from the United States!

The crime against Jamal Khashoggi was a terrible one, and one that our country does not condone. Indeed, we have taken strong action against those already known to have participated in the murder. After great independent research, we now know many details of this horrible crime. We have already sanctioned 17 Saudis known to have been involved in the murder of Mr. Khashoggi, and the disposal of his body.

Representatives of Saudi Arabia say that Jamal Khashoggi was an “enemy of the state” and a member of the Muslim Brotherhood, but my decision is in no way based on that – this is an unacceptable and horrible crime. King Salman and Crown Prince Mohammad bin Salman vigorously deny any knowledge of the planning or execution of the murder of Mr. Khashoggi. Our intelligence agencies continue to assess all information, but it could very well be that the Crown Prince had knowledge of this tragic event – maybe he did and maybe he didn’t!

That being said, we may never know all of the facts surrounding the murder of Mr. Jamal Khashoggi. In any case, our relationship is with the Kingdom of Saudi Arabia. They have been a great ally in our very important fight against Iran. The United States intends to remain a steadfast partner of Saudi Arabia to ensure the interests of our country, Israel and all other partners in the region. It is our paramount goal to fully eliminate the threat of terrorism throughout the world!

I understand there are members of Congress who, for political or other reasons, would like to go in a different direction – and they are free to do so. I will consider whatever ideas are presented to me, but only if they are consistent with the absolute security and safety of America. After the United States, Saudi Arabia is the largest oil producing nation in the world. They have worked closely with us and have been very responsive to my requests to keeping oil prices at reasonable levels – so important for the world. As President of the United States I intend to ensure that, in a very dangerous world, America is pursuing its national interests and vigorously contesting countries that wish to do us harm. Very simply it is called America First!