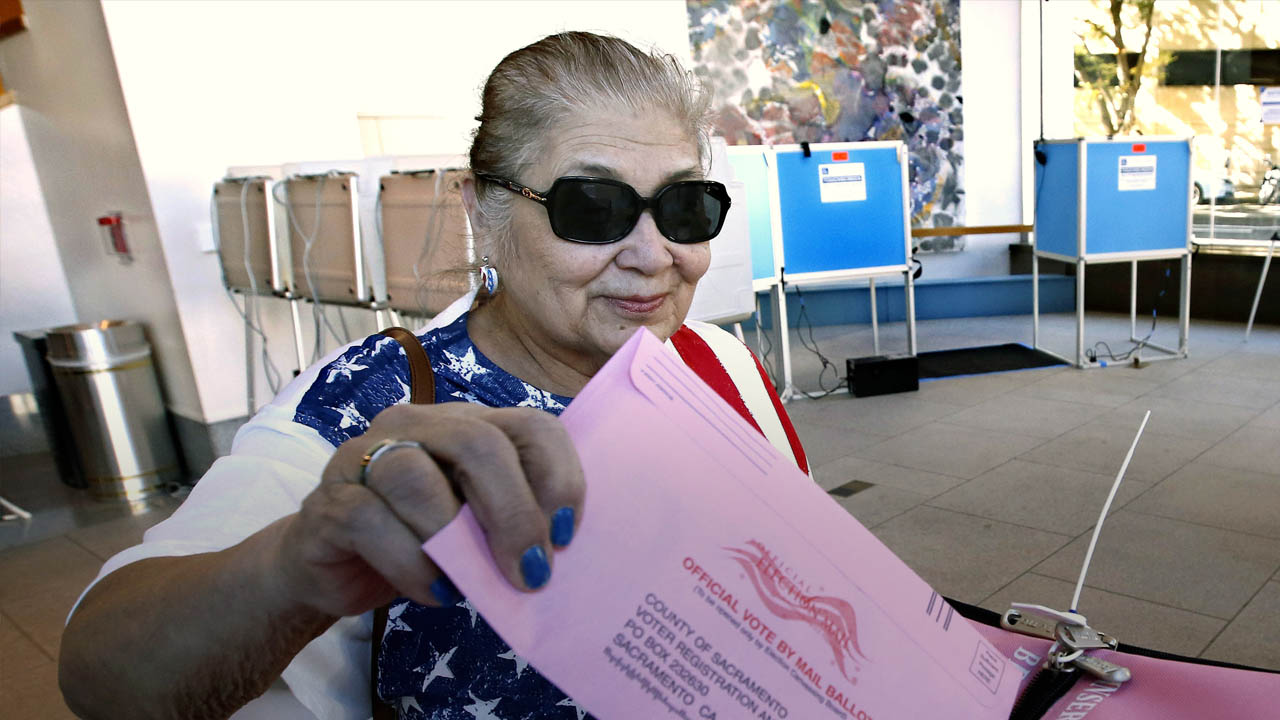 WASHINGTON — A turbulent election season that tested President Donald Trump’s slash-and-burn political style against the strength of the Democratic resistance comes to a close as Americans cast ballots in the first national election of the Trump era.

With voters going to the polls Tuesday, nothing is certain. Weather could affect turnout, with residents of several states in the Deep South and Mid-Atlantic contending with thunderstorms, high winds and power outages.

Long lines and malfunctioning machines marred the first hours of voting in some precincts, including in Georgia, where some voters reported waiting up to three hours to vote in a hotly contested gubernatorial election. More than 100 people took turns sitting in children’s chairs and on the floor in one polling place in Snellville, while voters in Atlanta waited in lines outside a senior living complex that stretched around the building.

“If the radical Democrats take power they will take a wrecking ball to our economy and our future,” Trump declared in Cleveland, using the heated rhetoric that has defined much of his presidency. He added: “The Democrat agenda is a socialist nightmare.”

Democrats, whose very relevance in the Trump era depended on winning at least one chamber of Congress, were laser-focused on health care as they predicted victories that would break up the GOP’s monopoly in Washington and state governments.

“They’ve had two years to find out what it’s like to have an unhinged person in the White House,” said Washington Gov. Jay Inslee, who leads the Democratic Governors Association. “It’s an awakening of the Democratic Party.”

Democrats could derail Trump’s legislative agenda for the next two years should they win control of the House or the Senate. Perhaps more important, they would claim subpoena power to investigate Trump’s personal and professional shortcomings.

Some Democrats have vowed to force the release of his tax returns. Others have pledged to pursue impeachment, although removal from office is unlikely so long as the GOP controls the Senate or maintains even a healthy minority.

If ever there was an off-year election for younger voters to break tradition, this is it. Young voters promised to vote in record numbers as they waged mass protests in the wake of the February mass shooting at a Parkland, Florida, high school that left 17 students and staff dead.

Democrats are drawing strength from women and college-educated voters, who swung decidedly against Trump since his election. Polling suggests the Republican coalition is increasingly older, whiter, more male and less likely to have a college degree.

Three states could elect their first African-American governors, while several others are running LGBT candidates and Muslims. A record number of women are also running for Senate, House, governorships and state legislative seats.

“The vast majority of women voters are angry, frustrated and they are really done with seeing where the Republican Party is taking them, particularly as it related to heath care and civility,” said Stephanie Schriock, who leads EMILY’s List, a group that help elect Democratic women. “You’re going to see the largest gender gap we’ve ever seen.”

The political realignment, defined by race, gender and education, could re-shape U.S. politics for a generation. The demographic shifts also reflect each party’s closing argument.

While the economy continues to thrive, Trump has spent much of the campaign’s final days railing against a caravan of Latin American immigrants hoping to seek asylum at the U.S. border. He dispatched more than 5,000 troops to the region, suggesting soldiers would use lethal force against migrants who throw rocks, before later reversing himself.

Republicans have privately encouraged the president to back off, to no avail.

Democrats, meanwhile, have beat their drum on health care.

“Health care is on the ballot,” former President Barack Obama told Democratic volunteers in Virginia. “Health care for millions of people. You vote, you might save a life.”

Tuesday’s results will be colored by the dramatically different landscapes in the fight for the House and Senate.

Most top House races are set in America’s suburbs where more educated and affluent voters in both parties have soured on Trump’s presidency, despite the strength of the national economy. Democrats were buoyed by a wave of Republican retirements and an overwhelming fundraising advantage.

Jay Hutchins, a 49-year-old Democrat who voted in the Washington suburb of Silver Spring, Maryland, is among those dissatisfied with Trump and the Republican-led Congress.

“I’m not pleased with Trump’s leadership at all. I think he’s trying to divide this country,” said Hutchins, acting executive director of a group that advocates on labor issues. “I think he’s preying upon people’s fears. I think we need a president and leadership that appeals to the better angels of folks. I don’t think Trump has done that at all.”

But in Ohio, Judy Jenkins, a 60-year-old Republican, said she was voting exclusively for GOP candidates. She said she used to vote for candidates from both major parties, but vowed never to support a Democrat because she was so upset by how new Supreme Court Justice Brett Kavanaugh was treated in his confirmation process. She also backs Trump and said Republicans are moving in the right direction on health care.

Republicans “have actually brought the change,” she said. “That’s why our economy is growing like it is. They may not be perfect, but who is?”

Democrats need to pick up two dozen seats to claim the House majority.

They face a far more difficult challenge in the Senate, where they are almost exclusively on defense in rural states where Trump remains popular. Democratic Senate incumbents are up for re-election, for example, in North Dakota, West Virginia and Montana — states Trump carried by 30 percentage points on average two years ago.

Given Trump’s stunning victory in 2016, few expressed confidence in predictions.

“I feel less comfortable making a prediction today than I have in two decades,” Republican pollster Frank Luntz said.