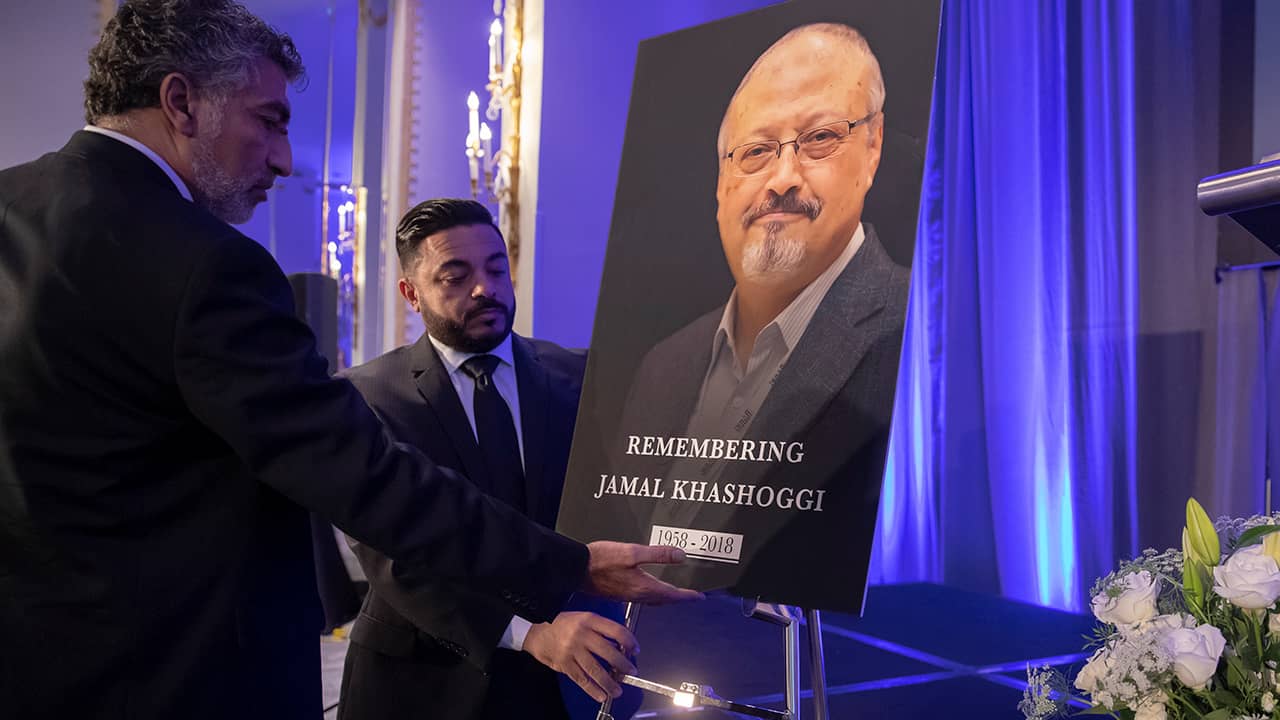 ANKARA, Turkey — Members of a team from Saudi Arabia sent to help Turkish authorities investigate the killing of journalist Jamal Khashoggi worked instead to remove evidence of the slaying, a senior Turkish official said Monday.

The official said the fact that a clean-up team was dispatched suggests that Khashoggi’s killing “was within the knowledge of top Saudi officials.”

The official confirmed a report in Turkey’s Sabah newspaper that an 11-member team of Saudi investigators that arrived in Turkey nine days after Khashoggi was killed to take part in a joint Turkish-Saudi probe included experts on chemistry and toxicology who were reportedly charged with obfuscating the evidence.

The official said Turkey believes that two members of the team “came to Turkey for the sole purpose of covering up evidence” before Turkish police were allowed to search the Saudi Consulate, where Khashoggi was killed on Oct. 2 after he entered to collect a document he needed to marry his Turkish fiancee.

The official said the fact that a clean-up team was dispatched suggests that Khashoggi’s killing “was within the knowledge of top Saudi officials.” The official spoke on condition of anonymity, in line with government rules.

The official also confirmed the Sabah report which identified the two experts as Ahmed Abdulaziz Al-Janobi and Khaled Yahya al-Zahrani.

The information was the latest in a series of leaks from Turkish officials apparently aimed at keeping up the pressure on Saudi Arabia and ensuring that the killing is not covered-up.

Turkish President Recep Tayyip Erdogan said that the order to kill Khashoggi came from the highest level of the Saudi government and added that the international community had the responsibility to “reveal the puppet masters” behind the slaying.

Istanbul’s chief prosecutor, who is leading the investigation, announced last week that Khashoggi, who lived in exile in the United States, was strangled immediately after he entered the consulate as part of a premeditated killing and that his body was dismembered before being removed.

Turkish President Recep Tayyip Erdogan said in an op-ed in the Washington Post last week that the order to kill Khashoggi came from the highest level of the Saudi government and added that the international community had the responsibility to “reveal the puppet masters” behind the slaying.

Turkey is seeking the extradition of 18 suspects who have been detained in Saudi Arabia, so they can be put on trial in Turkey. They include 15 members of an alleged Saudi “hit squad” that Turkey says was sent to Istanbul to kill the Washington Post columnist who had written critically of Saudi Arabia’s Crown Prince Mohammed bin Salman.

Saudi Arabia acknowledged last month that Turkish evidence indicates that the Khashoggi’s killing at the consulate was premeditated, shifting its explanation in an apparent effort to ease international outrage over the death.

On Saturday, Sabah newspaper, which is close to the Turkish government, said Khashoggi’s body — which still hasn’t been found — was dismembered and removed from the Saudi Consulate in five suitcases.

Body May Have Been Dissolved in Acid

A senior official of Turkey’s ruling party — and a friend of Khashoggi’s — has suggested his body may have been dissolved in acid or other chemicals.

Meanwhile, two of Khashoggi’s sons appealed for his remains to be returned so that he may be buried in Saudi Arabia.

In an interview with CNN on Sunday, the sons also said they hoped he did not suffer when he was killed.

“All what we want right now is to bury him in Al-Baqi (cemetery) in Medina with the rest of his family,” Salah Khashoggi said.

“I talked about that with the Saudi authorities and I just hope that it happens soon,” he said.

Nothing Certain on the Eve of First Trump-Era Elections