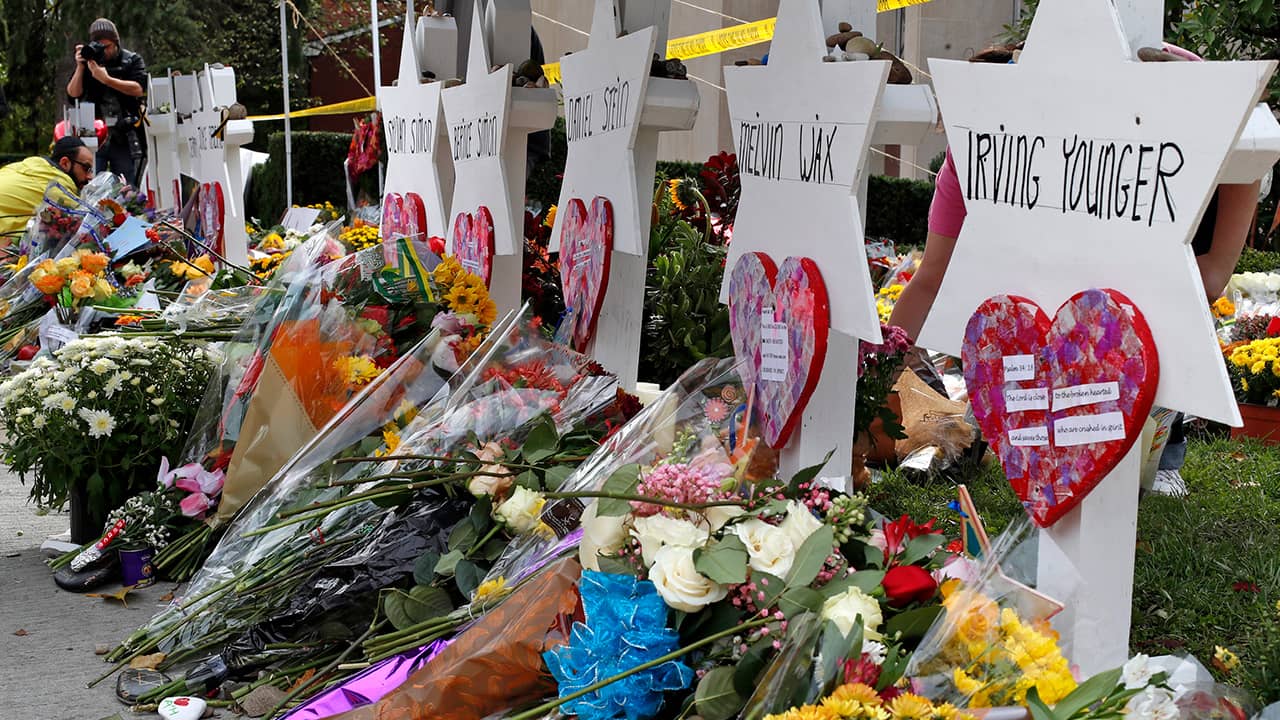 BIRMINGHAM, Ala. — A website popular with racists that was used by the man charged in the Pittsburgh synagogue massacre was shut down within hours of the slaughter, but it hardly mattered: Anti-Semites and racists who hang out in such havens just moved to other online forums.

On Wednesday, four days after 11 people were fatally shot in the deadliest attack on Jews in U.S. history, anonymous posters on another website popular with white supremacists, Stormfront, claimed the bloodshed at Tree of Life synagogue was an elaborate fake staged by actors. The site’s operator, a former Ku Klux Klan leader, said traffic has increased about 45 percent since the shooting.

The anti-Semitic rhetoric was just as bad on another site popular with white supremacists, The Daily Stormer, where a headline said: “Just go, Jews. You’re not welcome.”

Trying to stop the online vitriol that opponents say fuels real-world bloodshed is a constant battle for groups that monitor hate, and victories are hard to come by. Shut down one platform like Gab, where the shooting suspect posted a message shortly before the attack, and another one remains or a new one opens.

The problem dates back to the dawn of the internet, when users connected their computers to each other by dialing telephone numbers. A report issued by the New York-based Anti-Defamation League in 1985 found there were two online “networks of hate” in the United States, both run by neo-Nazis who spread anti-Semitic, racist propaganda.

“It’s really difficult to put an actual number on it, but I would say this: There are thousands of hate sites and there are dozens and dozens of platforms in which hate exists.” — Oren Segal, director of the ADL’s Center for Extremism

Today, the vastness of the online world is a big part of the problem, said Oren Segal, director of the ADL’s Center for Extremism. Determining how many hate sites exist is nearly impossible, he said.

“It’s really difficult to put an actual number on it, but I would say this: There are thousands of hate sites and there are dozens and dozens of platforms in which hate exists,” Segal said.

A new study by the VOX-Pol Network of Excellence, composed of academic researchers who study online extremism, said the exact number of far-right adherents on just one platform, Twitter, is impossible to determine. But at least 100,000 people and automated accounts are aligned with radicals commonly referred to as the “alt-right,” the study found, and the true number is probably more than twice that.

An ADL report released a day before the shooting said extremists had increased anti-Semitic harassment against Jewish journalists, political candidates and others ahead of the midterm elections. Researchers who analyzed more than 7.5 million Twitter messages from Aug. 31 to Sept. 17 found almost 30 percent of the accounts repeatedly tweeting derogatory terms about Jews appeared to be automated “bots” that spread the message further and faster than if only people were involved.

Before the 2016 Election, Anti-Semitic Harassment Was Rare

The New York-based ADL said that before the 2016 election of President Donald Trump anti-Semitic harassment was rare, but afterward it became a daily occurrence. It commissioned a report in May that estimated about 3 million Twitter users posted or re-posted at least 4.2 million anti-Semitic tweets in English over a 12-month period ending Jan. 28.

The story of Gab, the platform where Robert Gregory Bowers allegedly wrote an ominous message early Saturday before the shooting, shows how new sites spring up in a hate-filled environment.

Created in 2016 to counter what founder Andrew Torba viewed as liberal censorship on social networks, Gab gained popularity among white supremacists and other right-wing radicals after tech companies clamped down on racist sites following the deadly clash at a white nationalist rally in Charlottesville, Virginia. The Daily Stormer was offline briefly after the violence but re-emerged on a new host.

With Gab now shut down after the synagogue shooting, Torba is portraying the platform not as a hate-filled corner of the internet, but as a bastion of free speech that’s working with federal authorities “to bring justice to an alleged terrorist.”

A message posted by Torba said Gab was trying to get back online, and Segal has few doubts it will succeed.

Purging Hateful Content From the Internet Is a Challenge

Don Black, the former Klan leader who runs Stormfront, said traffic is up partly because of the Gab shutdown and partly because of increased interest among users. His site, which has been in operation since 1995 and has about 330,000 registered users, has only had one “prolonged” shutdown — a month following the Charlottesville melee, he said.

“I expect all sorts of more trouble now because of the Pittsburgh shooting.” — Don Black, the former Klan leader who runs Stormfront

“I expect all sorts of more trouble now because of the Pittsburgh shooting,” Black said.

Purging hateful content from the internet is a challenge. The Constitution’s guarantee of free-speech provides a roadblock to banning hate speech in the United States, according to the First Amendment Center, a project of the Washington-based Freedom Forum Institute.

“Political speech receives the greatest protection under the First Amendment, and discrimination against viewpoints runs counter to free-speech principles. Much hate speech qualifies as political, even if misguided,” said an essay by center scholar David L. Hudson Jr. and Mahad Ghani, a fellow with the center.

Some advocate other tactics for curbing hate.

No company has publicly announced plans to adopt the coalition’s guidelines, but Segal said the ADL separately has talked with several social media companies about limiting hate speech. Companies have been welcoming but solutions remain elusive, he said.

Segal added: “The commitment to eradicating hate from platforms is not always matched by the ability to do so because there is just so much content out there.”

RIP, Willie McCovey. A Look Back at What He Meant to the Giants

Google Employees Walk Out to Protest Treatment of Women