Death of 2 Who Fell from Yosemite Ledge Under Investigation 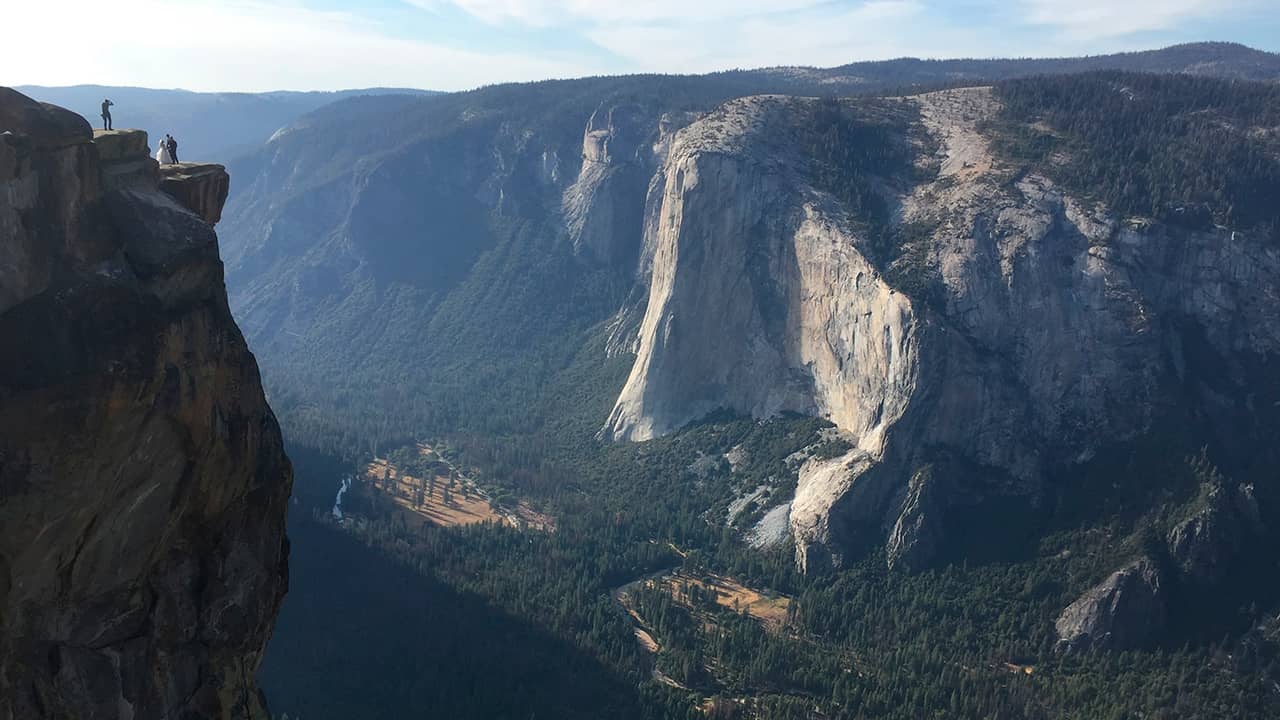 SAN FRANCISCO — The deaths of two people who fell from a popular Yosemite National Park overlook were being investigated Friday by park officials who were still working to recover the bodies.

More Than 10 People Have Died

More than 10 people have died at the park this year, six of them from falls and the others from natural causes, Gediman said.


More than 10 people have died at the park this year, six of them from falls and the others from natural causes, Gediman said.
Last month, an Israeli teenager fell hundreds of feet to his death while hiking near the top of 600-foot-tall (180-meter-tall) Nevada Fall. The death of 18-year-old Tomer Frankfurter was considered an accident, the Mariposa County coroner’s office said.
Taft Point is also where world-famous wingsuit flier Dean Potter and his partner, Graham Hunt, died after leaping from the cliff in 2015. The pair were experienced at flying in wingsuits — the most extreme form of BASE jumping — and crashed after trying to clear a V-shaped notch in a ridgeline.
BASE jumping stands for jumping off buildings, antennas, spans (such as bridges) and Earth and is illegal in the park.
An investigation concluded that the deaths were accidental. Despite video and photos of the jump, officials consider the specific reason why Potter and Hunt died a mystery.

Related Topics:bodiesdeathsinvestigationValleyvictimsYosemite National Park
Up Next

Turkey to Saudi Arabia: Where Is Khashoggi’s Body?

What Is Known About Mail-Bomb Suspect and Case