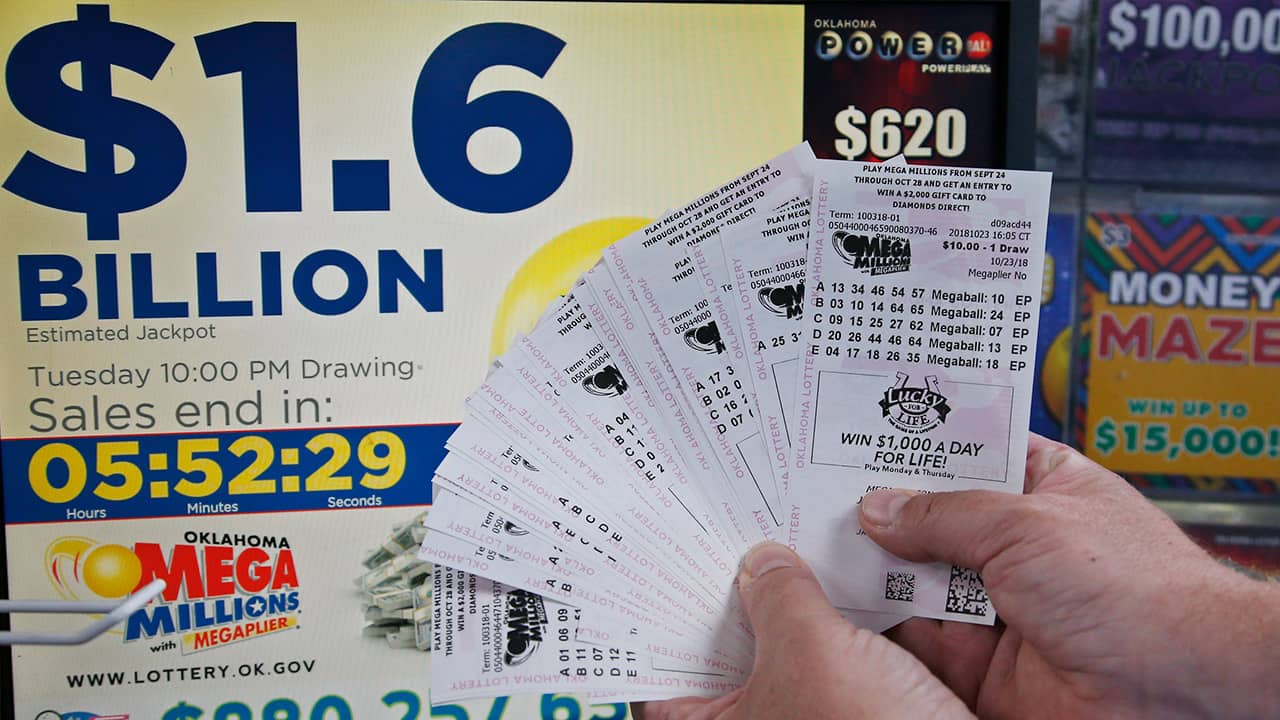 SIMPSONVILLE, S.C. — A flimsy little piece of paper that crossed the counter of a convenience store on a country road in South Carolina is now worth $1.537 billion, so lottery officials could hardly be blamed Wednesday if anxiety tinged their excitement.
They said a single ticket sold at the KC Mart in Simpsonville, South Carolina, matched all six numbers to win the Mega Millions jackpot. And unless the winner chooses to come forward, the world may never know who won.
“Our message to the $1.5 BILLION #Mega Millions jackpot winner: Sign the back of the ticket, place the ticket in a safe location, speak with a trusted advisor and CALL THE LOTTERY at 1-866-736-9819. Take a deep breath and enjoy the moment!” the South Carolina Education Lottery tweeted.

Our message to the $1.5 BILLION #Mega Millions jackpot winner: Sign the back of the ticket, place the ticket in a safe location, speak with a trusted advisor and CALL THE LOTTERY at 1-866-736-9819.
Take a deep breath and enjoy the moment!

The prize is extraordinary by any measure, but particularly so for South Carolina, where it would be enough, if the winner was so generously inclined, to shower roughly $307 on each of the state’s five million people. It’s about as much as 20 percent of the $8 billion that state lawmakers have to spend each year.
An earlier Mega Millions estimate of $1.6 billion would have been a world record for lotteries, but actual sales came in below the $1.586 billion Powerball jackpot prize shared by winners in California, Florida and Tennessee in January of 2016.

The Ticket Is Worth About $877.8 Million

“The final total was less than the $1.6 billion estimate,” confirmed Carol Gentry, a spokeswoman for the Maryland Lottery, which leads a consortium of state lotteries participating in the Mega Millions jackpot.

Holli Armstrong, a state lottery spokeswoman, said the retailer will get a $50,000 payout. TV trucks and gawkers flooded the parking lot ahead of a news conference at the KC Mart and Exxon station, which sits at the bend of a road where Greenville’s suburban sprawl gives way to farm fields.

Powerball Has Also Been Soaring

The Mega Millions jackpot grew so large because no player had matched all six numbers and won the top prize since July 24, when 11 co-workers from California won a $543 million prize.
Although Tuesday’s jackpot was extraordinarily large, it’s no fluke. It reflects a trend toward ever-growing lottery prizes due to changes in the game that worsened the odds with hopes that bigger jackpots would result in better sales.
Officials with the Powerball game were the first to make that move in October 2015 when changing the odds of winning the jackpot from 1 in 175 million to 1 in 292.2 million. Mega Millions followed suit in October 2017, resulting in the odds worsening from 1 in 259 million to 1 in 302.5 million.
While most attention has been on the Mega Millions game, Powerball has also been soaring. The estimated prize for Powerball’s annuity option in Wednesday night’s drawing is $620 million, with a cash prize of $354.3 million.