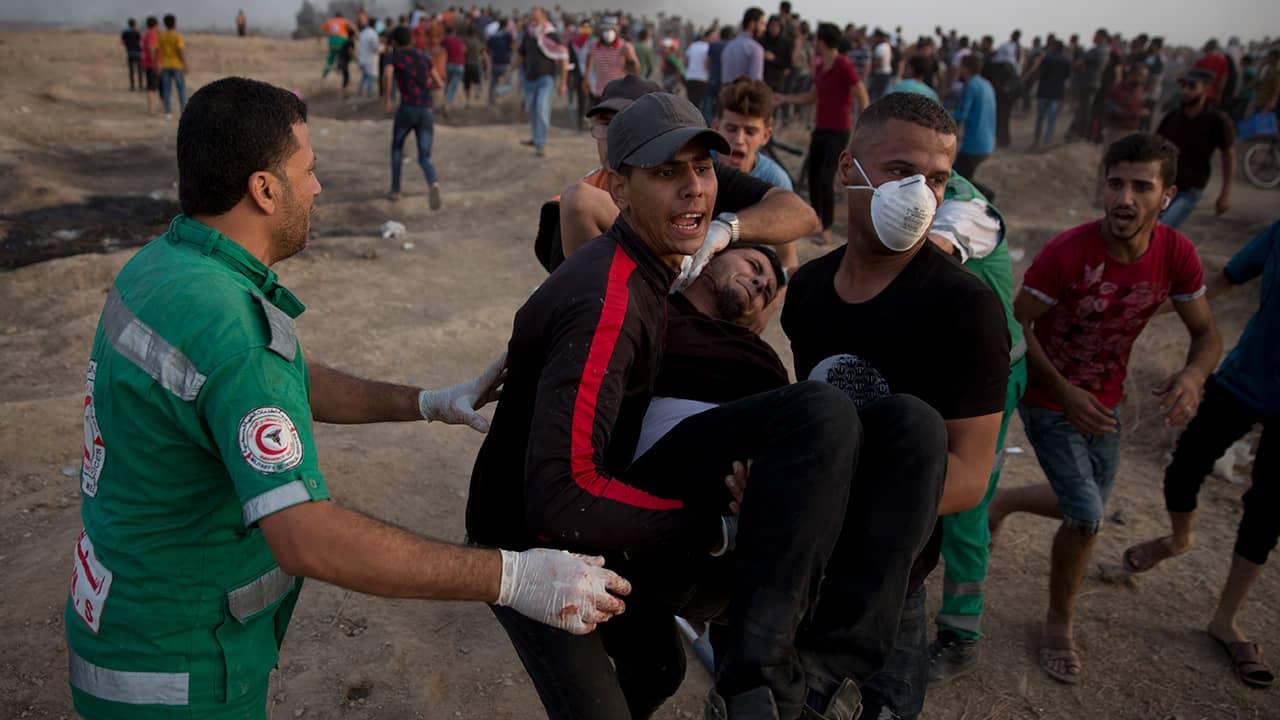 GAZA CITY, Gaza Strip — Thousands of Palestinians massed Friday along Israel’s frontier, with dozens approaching and breaching the perimeter fence that separates Gaza from Israel, even as Egypt stepped up efforts reach a lasting cease-fire between the territory’s Hamas rulers and Israel.

Protesters Friday burnt tires and threw rocks with slingshots toward the heavily guarded fence. Hamas’ al-Aqsa TV aired footage of Palestinians climbing over the fence and others breaching it and entering into Israeli territory. Others used cutters to tear down parts of the barrier.

Egypt and the U.N. Have Attempted to Negotiate a Truce

Egyptian intelligence officials met with Hamas and Israeli officials on Thursday in efforts to broker a cease-fire and ease months of deadly border protests. Egypt and the U.N. have attempted to negotiate a truce between Israel and Hamas for weeks in a bid to ease tensions in the beleaguered Gaza Strip.
Hamas has said the protests will continue until there is an easing of the Egyptian-Israeli blockade of the Palestinian enclave that was imposed after the Islamic group seized control of Gaza from the Palestinian Authority in 2007 in an armed coup.
The protests have intensified in recent weeks as Egyptian and U.N. cease-fire negotiations have faltered, and cross-border violence earlier this week has brought tensions to a simmer.
On Wednesday, a rocket fired from the Gaza Strip destroyed a house in the Israeli city of Beersheba in the worst bout of violence in recent weeks. Israel retaliated with airstrikes and has beefed up its military forces along the border.
Israeli Prime Minister Benjamin Netanyahu’s Security Cabinet resolved to retaliate more severely to cross-border attacks, but has thus far refrained from further action, suggesting it was giving the Egyptians a chance to restore calm.