No on P's Warning: Beautiful Parks, but Deficient Public Safety 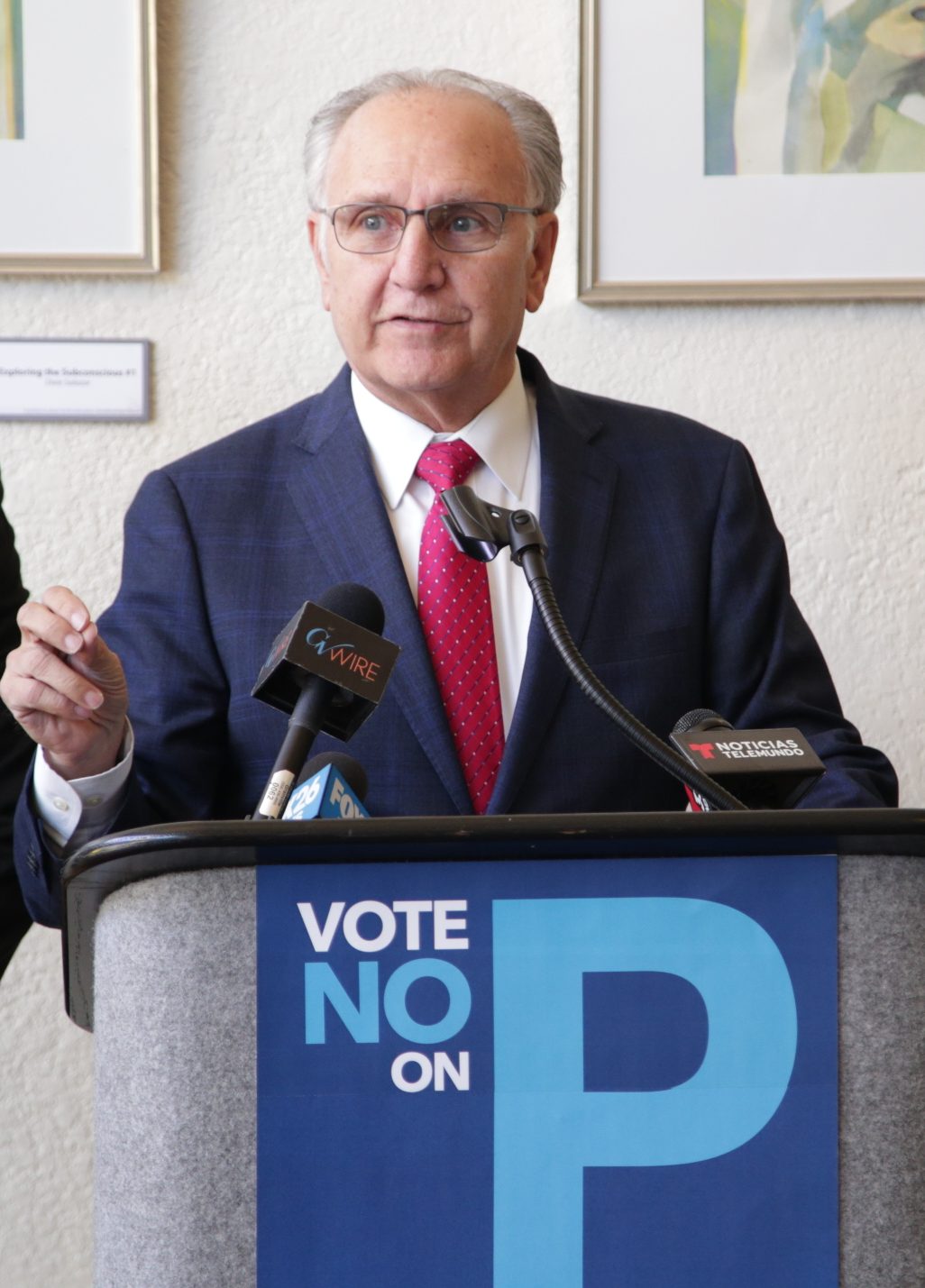 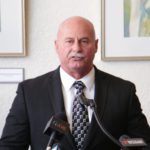 “The biggest consequence to the citizens of Fresno if Measure P passes— they will have beautiful parks, but they will deficient public safety services.” — Police chief Jerry Dyer
Dyer said his department is operating at 200 fewer personnel than 2009, before the Great Recession. The list includes police officers, dispatchers, technicians, and community service officers.
Fire Chief Kerri Donis said her staff is still operating at 1980 levels despite the massive growth of Fresno’s population and doubling of call volume.
Both chiefs are dealing with aging equipment.
“We have to do better than that,” Donis said. “A balanced approach in the future, where support (for) parks and public safety is the way the citizenry should consider and go.”

Members of the business community joined Brand and the chiefs asking voters to wait for a combined tax. Brand said that a future public safety tax depends on Measure P’s failure.

At a Yes on P really last week, supporter David McDonald stated the measure would provide 42 uniformed police officers. Dyer said that comes with a big asterisk.
Dyer noted that 75 officers are funded through outside resources, meaning their duties are specific. That includes 31 officers assigned to Fresno Unified and another 18 to FAX buses.
“It limits my ability to utilize those police officers in the manner in which we need to on a citywide basis,” Dyer said. “Regardless of whether or not they are able to provide officers to us for the parks, it would restrict their use.”
The chief also expressed concerned that the language in Measure P calls for “park rangers” and said they would be for a limited period of time.
“We do not need additional officers assigned to any specific detail in this city,” Dyer said “We need officers that do not have a restricted, limited use that is ongoing that we can use to benefit the entire city of Fresno.”

Brand said he began negotiating with parks supporters back in January.
“We tried extensively to find a compromise,” Brand said.
The mayor pitched a tax plan providing a quarter-percent—covering 80 percent or about $24 million—for the parks’ needs annually.
Said Brand: “Politics! When do you ever get 100%?”
Brand also attempted to get a combined deal, a half-cent proposal (a quarter-cent each to public safety and parks) on the ballot separate of Measure P. But he did not get buy-in from the city council. The mayor withdrew the proposal before the council took a vote.
A Measure P spokeswoman explained why parks boosters decided against a joint measure Thursday.
“The volunteers and donors involved in the parks initiative were always willing to talk with our city leaders and try to find a mutually supportive path forward,” Yes on P’s Natasha Biasell told GV Wire via email.
“The voter sentiment we identified in our polling, coupled with several policy differences with the city over the need for citizen oversight of measure funds, the level of detail needed in the measure to gain the voters’ confidence, and the duration of the measure, led the parks coalition to believe it would be better if we backed two, separate measures during different election cycles rather than try to do everything at once.”
With no deal, parks supporters gathered 35,000 signatures by the July deadline in to force the council to put the item on the November ballot.
If Measure P fails, Brand said he would talk to the leaders of the parks sales tax effort, but he plans to follow their methodology.
“We’ll take the route of, probably, signature gathering. We won’t go to the council,” Brand said. “That’s the one thing I think was done right with Measure P.”
All six candidates for three council seats up in November said they support both Measure P and a future public safety tax.

Too Good to Be True? CO2 Could Be Fuel of the Future.