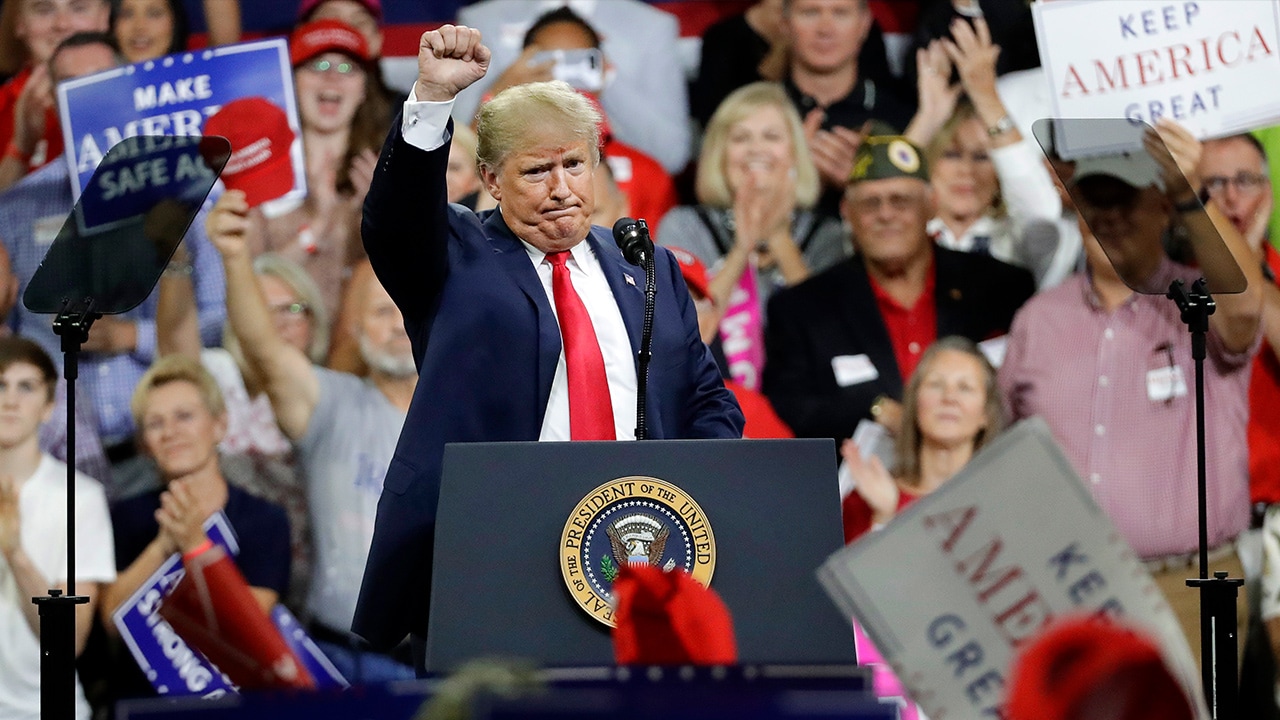 JOHNSON CITY, Tenn. — As the fate of his Supreme Court pick hangs in the balance, President Donald Trump barnstormed for a Republican Senate candidate in Tennessee, warning that Democrats will unleash havoc if they gain control of Congress and accusing them of trying to sink his nominee.

Bredesen, like other Democratic candidates across Trump country, has painted himself as a pragmatist willing to work with the president on certain issues. The Tennessee campaign is among several closely watched races expected to determine control of the Senate, where Republicans are desperate to defend a narrow two-seat majority in the face of surging Democratic enthusiasm.


“They’re trying to destroy a very fine person, and we can’t let it happen.” — President Donald Trump in regard to Brett Kavanaugh
And the stakes couldn’t be clearer. The rally came as the FBI investigated sexual misconduct allegations against Trump’s Supreme Court nominee, Brett Kavanaugh — a probe that was forced by a small group of undecided senators who could doom the nomination. Earlier Monday, Trump disputed reports that his White House tried to narrow the scope of the probe and limit which witnesses the FBI could interview, saying he wants them “to do a very comprehensive investigation, whatever that means.”
But Trump was far less sympathetic in front of his enthusiastic rally crowd, accusing Democrats of trying to slow down the investigation and insisting that nothing will come of it.
“If we took 10 years, they’d want more time,” he complained, charging that Democratic senators are “willing to do anything or hurt anyone” to subvert his agenda, including taking down his nominee.
“They’re trying to destroy a very fine person, and we can’t let it happen,” Trump said.
Kavanaugh has staunchly denied allegations now leveled by multiple women, including one who testified that he pinned her against a bed, groped her, tried to take her clothes off and covered her mouth to silence her when they were in high school.

The First of a Busy Week of Campaign Travel

The rally was the first of a busy week of campaign travel for the president that will take him to states including Mississippi, Minnesota and Kansas.


“We call him 1 percent Biden,” said Trump, claiming that his political career was finished until former President Barack Obama “took him off the trash heap.” — Ex-Gov. Phil Bredesen
Previewing his own re-election playbook, Trump criticized a number of rumored 2020 presidential opponents, including Sen. Cory Booker of New Jersey, Sen. Elizabeth Warren of Massachusetts and former Vice President Joe Biden.
Trump, who railed against the North American Free Trade Agreement during his 2016 campaign, also hailed the revamped trade agreement with Canada and Mexico unveiled late Sunday, drawing loud cheers from his crowd.
“It’s fair, it’s modern and it’s balanced,” Trump said. “America’s winning again.”
But Trump spent far more time railing against “radical Democrats,” who he said had been “in a blind rage” since his election win.
“They’ve gone crazy,” he said. “Trying to burn our future down.”

Trump Says Bredesen Is Not the Centrist He Says He Is