Mother Says It's a Miracle Her Son Survived Shark Attack 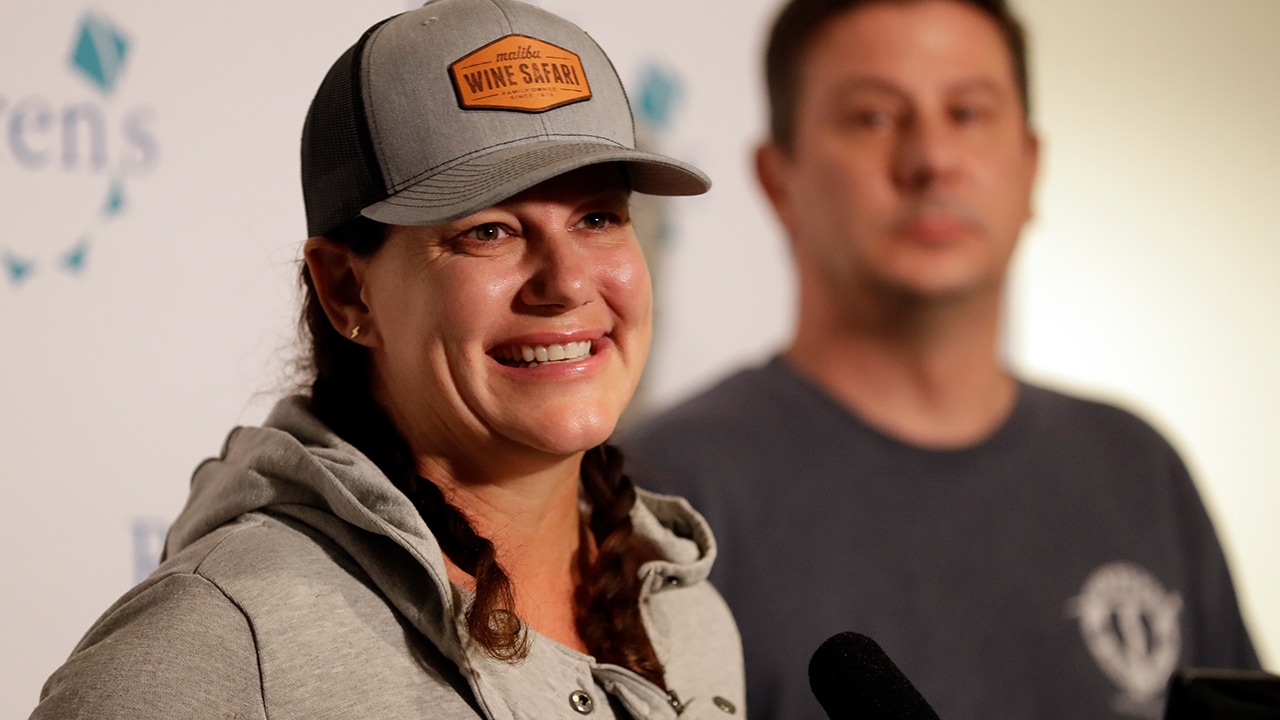 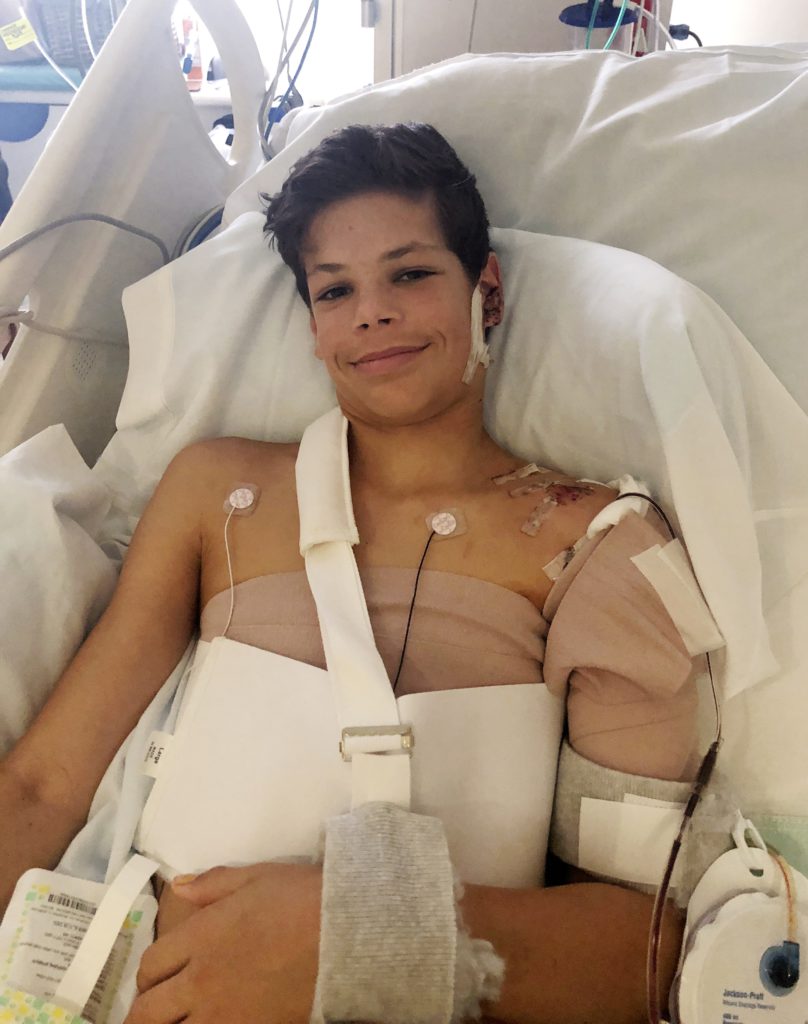 Keane Webre-Hayes, 13, poses for a photo as he recovers at the hospital in San Diego on Monday, Oct. 1, 2018. (Ellie Hayes/Rady Children’s Hospital via AP)

SAN DIEGO — The mother of a 13-year-old boy who suffered a large shark bite while lobster fishing in California said Monday that it’s a miracle her son survived.
Keane Webre-Hayes ate a cup of noodles and a doughnut and is talking and alert, said his mother, Ellie Hayes. He is eager to resume playing baseball and get back in the ocean.
Someone brought a mask and snorkel to him at Rady Children’s Hospital in San Diego, and he said he wasn’t afraid of the water.
“He said, ‘Mom, the chances are so much more slim on the second bite,” she said to laughter of reporters who heard her speak publicly about Saturday’s attack for the first time.

Hayes said she was standing on a cliff in the parking lot in the San Diego suburb of Encinitas when she heard the commotion, though she didn’t see the shark.
Her son was with a friend diving in about 9 feet of water about 150 yards offshore of the San Diego suburb of Encinitas when he was attacked. Witnesses estimated the shark was about 11 feet long, but the type was not known.

Hayes Was Reluctant to Speak in Detail

Dr. Tim Fairbanks, chief of pediatric surgery at Rady’s, said Webre-Hayes remained in serious condition from what he described as a very large and very deep bite that reached the chest wall. It tore his left upper back, shoulder, torso, face and ear but did not damage his vascular system.