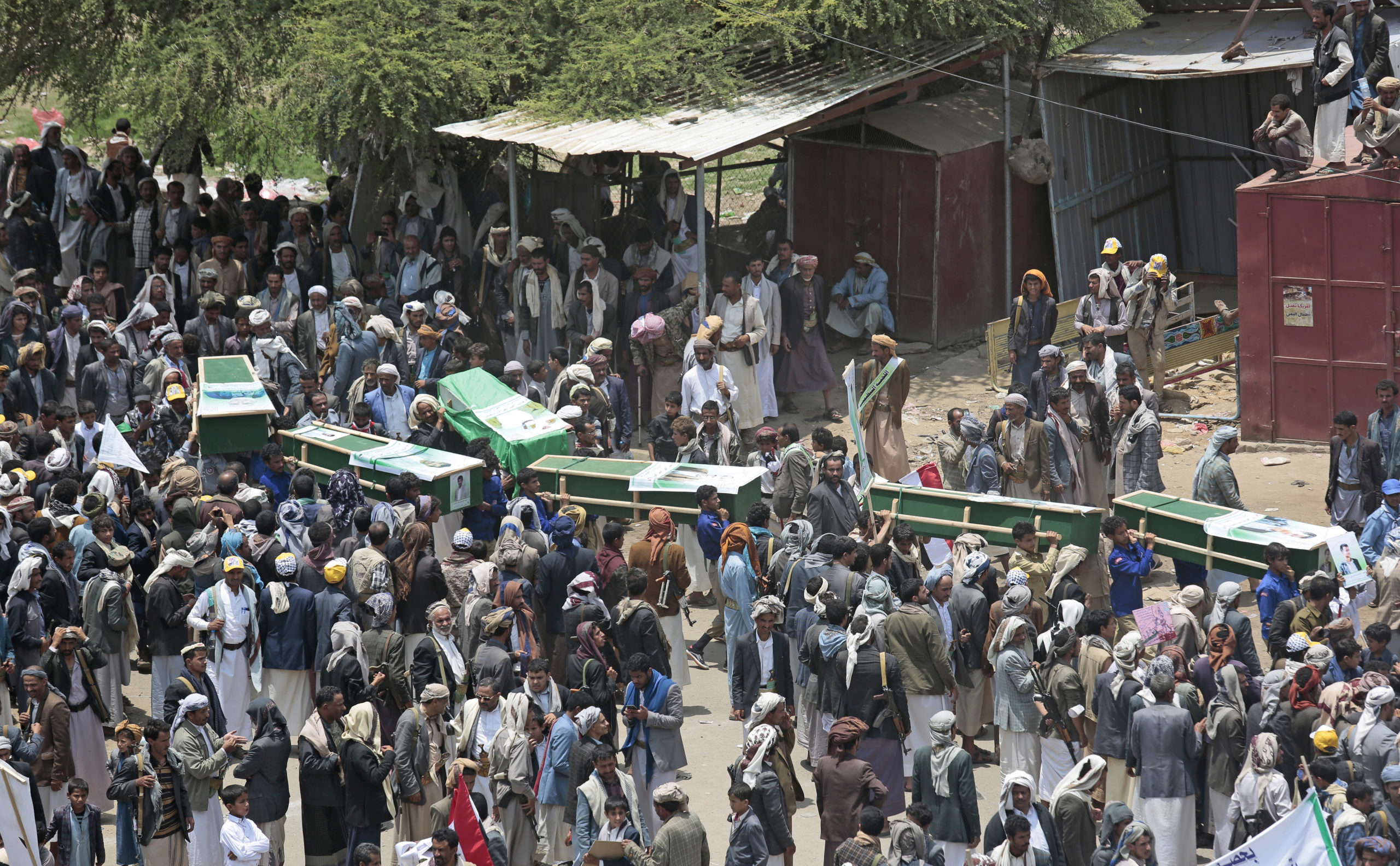 Blinded by its obsession with Iran, the Trump administration is perpetuating an unwinnable civil war in Yemen and undermining the likelihood of a political settlement, writes Mohammed Buzzi in The Atlantic.
Mohammed is the former Middle East bureau chief for Newsday.
“In his speech to the United Nations General Assembly (last) week, President Donald Trump signaled to Saudi Arabia that he would avoid criticizing its destabilizing actions in the Middle East,” Mohammed analyzes. “Instead, he blamed only Iran, the kingdom’s regional rival, for funding ‘havoc and slaughter.’
“Trump praised Saudi Arabia and the United Arab Emirates for pledging billions in aid and ‘pursuing multiple avenues to ending Yemen’s horrible, horrific civil war.’ He failed to mention that Yemen’s current conflict escalated dramatically in early 2015, when Saudi Arabia led a coalition of Arab countries to intervene in the war.”

The war has triggered a humanitarian crisis in Yemen, which is one of the poorest countries in the world. According to the Armed Conflict Location and Event Data Project, nearly 50,000 people, including combatants, died between January 2016 and July 2018. Yemen’s population is 22 million.
Reports of Saudi-directed bombs hitting villages and killing scores of civilians have sparked opposition to American involvement in the war.
“As public anger over America’s role in the Saudi-led war against the Houthi rebels in Yemen has grown, Congress has slowly tried to exert pressure on America’s longtime allies to reduce civilian casualties,” Mohammed writes.

Congress Is Only Check on Trump-Saudia Alliance

“Last month, a bipartisan group of lawmakers included a provision in the defense-spending bill requiring the Trump administration to certify that Saudi Arabia and the UAE are taking ‘demonstrable actions’ to avoid harming civilians and making a ‘good faith’ effort to reach a political settlement to end the war. Congress required the administration to make this certification a prerequisite for the Pentagon to continue providing military assistance to the coalition. This assistance, much of which began under the Obama administration, includes the mid-air refueling of Saudi and Emirati jets, intelligence assistance, and billions of dollars worth of missiles, bombs, and spare parts for the Saudi air force.”
Mohammed concludes by opining that the “only realistic check left is in Congress, where more voices are asking why the world’s most powerful country is helping to perpetuate the world’s worst humanitarian crisis.”
You can read The United States Could End the War in Yemen If It Wanted To at this link.

Watch Saudi-Led Airstrikes Kill 43 in Yemen, Including Many Children

Mother Says It's a Miracle Her Son Survived Shark Attack