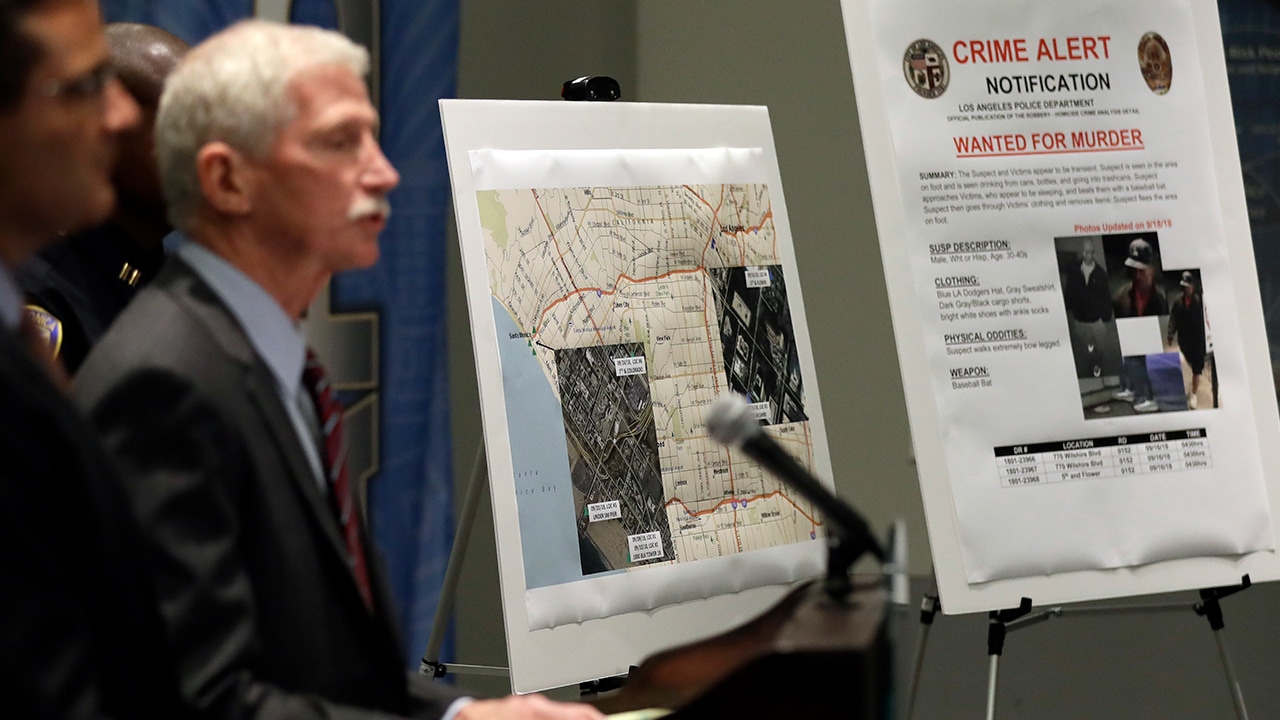 LOS ANGELES — A Texas man suspected of killing three people and seriously injuring four in a string of attacks on sleeping Southern California men — most of them homeless — had a long criminal history and had been deported from the United States six times, immigration officials said Tuesday night.

He was released from ICE custody last year after appealing his latest immigration case, ICE said but the agency didn’t indicate his current legal status.
Escobar has six felony convictions for burglary and illegal reentry, ICE said.
Hayes called Escobar a “violent predator” and said investigators believe he drove to California from Houston after his relatives disappeared and attacked the men in Los Angeles and suburban Santa Monica beginning Sept. 8. Detectives seized a wooden baseball bat and bolt cutters that police believe he used to carry out the attacks on random victims.
Escobar was arrested Monday after a man sitting on a sidewalk was beaten unconscious and robbed of some of his possessions, Santa Monica police said. That victim remains in coma.
Police will ask prosecutors on Wednesday to charge Escobar with three counts of murder and four counts of attempted murder, officials said.
It wasn’t immediately known whether Escobar had an attorney who could speak on his behalf. 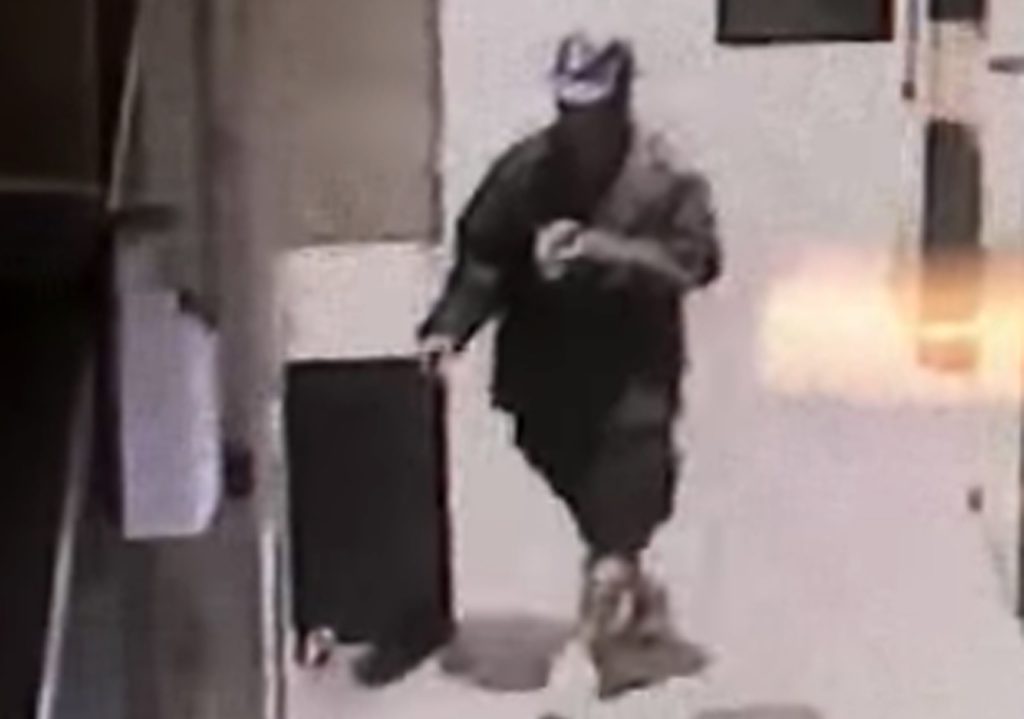 FILE – This undated file photo from surveillance video provided by the Los Angele Police Department shows a man they are seeking in connection with the assault on multiple homeless men who were brutally beaten with a baseball bat in Los Angeles early Sunday, Sept. 16, 2018. Two of those men have died. Authorities on Monday, Sept. 24, arrested a man on suspicion of bludgeoning a homeless man in Santa Monica, Calif., earlier Monday. He is now being investigated in connection with at least six attacks in both cities that have left three dead. (Los Angeles Police Department via AP, File)

Person of Interest in Disappearances

Escobar is a person of interest in the disappearances late last month of 60-year-old Dina Escobar and her brother, 65-year-old Rogelio Escobar, Houston police said in a statement.


“She loved him as she would a son.” — Ligia Salamanca on her mother’s devotion to Ramon Escobar
Dina Escobar’s burned van was found in Galveston, Texas, a few days after she went looking for her brother. She was last seen Aug. 28, two days after her brother vanished, the statement said.
Texas authorities said they want to talk to him about the disappearances.
Escobar spent five years in prison for robbery starting in the mid-1990s, Hayes said. Records in Texas show Escobar has had arrests for vehicle burglary, trespassing, failure to stop, public intoxication and two assaults, most recently in November 2017. That case was described as a misdemeanor.
Dina Escobar’s daughter, Ligia Salamanca, told KTRK-TV in Houston earlier Tuesday that her cousin, Ramon Escobar, had never come across as violent and wasn’t a source of trouble for the family.
“She loved him as she would a son,” Salamanca said of her mother’s devotion to Ramon Escobar.

Used a Baseball Bat to Bash Heads of Homeless Men

Salamanca said he had been looking for work and needed a place to stay, so he was taken in by his uncle, who went missing days later.
Investigators believe Escobar was the man who used a baseball bat to bash the heads of three homeless men sleeping on downtown Los Angeles streets before dawn on Sept. 16, police said in a statement. Two died.
He was recorded on surveillance video ransacking their pockets and belongings.
Two homeless men sleeping on the beach were bludgeoned in the head early on Sept. 8 and Sept. 10, leaving one in critical condition, officials said.
Another man who apparently was sleeping on the beach was found dead under the Santa Monica Pier on Sept. 20. Steven Ray Cruze Jr., 39, of San Gabriel, had been beaten to death.
Authorities at first described him as homeless, but family and friends said the father of two, who loved to fish at the pier, worked boats in neighboring Marina del Rey and sometimes camped out under the pier to avoid the long commute home.