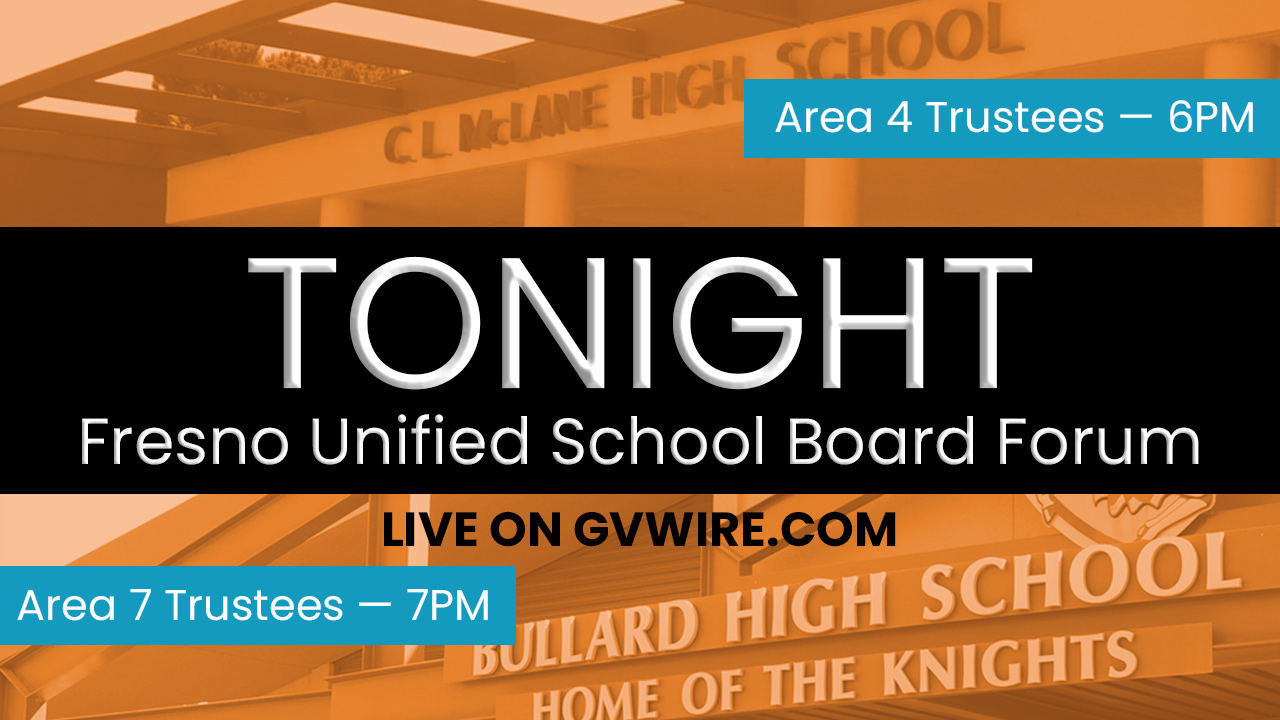 There will be a minimum of two new trustees joining the Fresno Unified School District board after the November election.
And, with two candidates facing incumbent Valerie Davis in Area 3 (Sunnyside High School) and Veva Islas challenging incumbent Christopher De La Cerda in Area 4 (McLane High School), there is the potential for a majority turnover of the seven-seat board.
You can see and hear what the candidates say about their qualifications, why they are running and what they would do to improve educational excellence in Fresno Unified in forums live-streamed on GV Wire tonight.
In addition, the forums will be broadcast live on Fresno-Clovis CMAC’s Comast and ATT&T channels.